From Lahore to London – From Karachi to Kensington 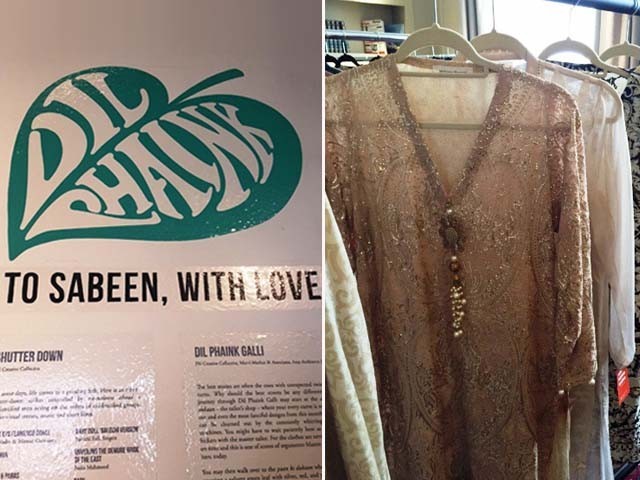 London held a host of activities highlighting Pakistan and the cultural vibrancy it has to offer to the world. PHOTO: FAIZA IQBAL

London held a host of activities highlighting Pakistan and the cultural vibrancy it has to offer to the world. This weekend saw the launch of Suzali, a platform showcasing Pakistan’s most well-renowned designers which included Mehreen Noorani, Nida Azwer, Naureen Arbab, Lalarukh, Shirin Hassan, and Sarah Anees.

Although these designers are well-established in Pakistan and Dubai, they are not so accessible to Pakistanis living in London.

Suzali aims to provide a bridge between renowned Pakistani designers and potential customers in England who have limited access to high-quality Pakistani clothes. Sana Habib, the brainchild of Suzali, was inspired to create the name using the abbreviated letters of the children in her family and truly provided a very familial environment within the exhibition. Sana’s family were exceptionally welcoming, warm and helpful throughout the whole experience.

Additionally, the event was held at “The Arch” hotel in central London, an area which is often populated with wealthy Arabs smoking their hookahs and regaling tales of happier times. The hotel had a very chic and minimalistic ambience, which melded in beautifully with the intricate handiwork of the clothes. There were a mixture of formal, semi-formal, casual, and fusion of Pakistani and western wear on offer, so one was completely spoiled for choice and the prices were reasonable. Suzali will be holding four exhibitions every year, but customers can also request private viewings from Sana. All contact details are available at the bottom of the page.

Following on from Suzali, I visited London’s prestigious Southbank Centre to visit the ‘Dil Phaink’ exhibition organised by Peace Niche which was an ode to Pakistani culture and art. This was a part of a wider festival called Alchemy, which was a celebration of works of art from India, Bangladesh, and Sri Lanka. Upon entrance to the Queen Elizabeth Hall, one was met with a commemorative plaque to Sabeen Mahmud, who was tragically gunned down in Karachi. The artwork was reminiscent of a typical street seen in Karachi with a tailor shop.

There was also a truck art installation and film posters of the golden years of Pakistani cinema. Additionally, the British Council and students from Szabist had collaborated to show short films based on the lives of four very different lives in the vibrant city of Karachi, including the caretaker of the Jewish graveyard. This truly was a wonderful experience and showed Pakistan in a positive light even after being shrouded in so much negativity. Huge thumbs up to the efforts of the students at Szabist.

To top it all off, there was live poetry reading by Dr Khalid Jawaid Jan who recited his revolutionary poem “Main Baghi Hoon” (I am a rebel) to an eager audience which was met by rapturous applause. This was followed by Kishwer Naheed reading two controversial poems which were in line with her feminist stance. The impetus behind the poetry workshop was to translate well-known Pakistani poetry into English, and thus make it more available for people in England. Indeed, after each poet recited their poem in Urdu, a translator would then read out the English translation.

This project was organised by Highlight Arts, who organise such literary festivals as a way of opening up dialogue between two nations that would otherwise not have any bridge between them. In November 2014, two Scottish poets went to Lahore to participate in a similar event.

It was very refreshing to see remnants of a bright and colourful Pakistan amongst the drab grey skies of London. The only temptation that remained was to book a flight to Pakistan and experience the sounds and sights in person.

All photos are by Faiza Iqbal.