“If you want to teach here, you have to wear a burqa” 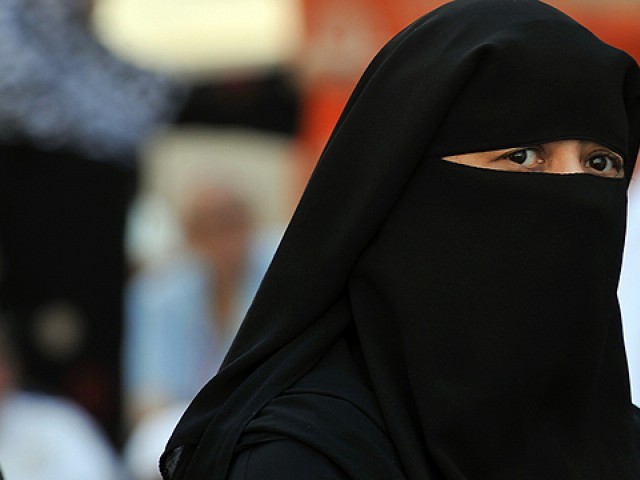 “You just have to wear a burqa inside the school; you are free to take it off when you leave the school premises,”said the principal of a Karachi-based school while interviewing a candidate.

“It’s just a garment,” thought the candidate, and a garment that was helping her get a higher salary than all the other schools.

So she signed the teaching contract and took the burqa home with her. All day at home, that burqa in her bag haunted her. How could she don something all day that represented something she hadn’t fully accepted in her heart?

Wasn’t she lying to impressionable children?

Wasn’t it hypocritical of her to wear it?

Wasn’t it hypocritical of the senior staff at this school to force her to wear something she wasn’t convinced of yet?

“I just take it like a uniform,” said another teacher to her in the teacher’s lounge the next day.

“But who am I doing purdah (covering) from?”

She questioned fumbling around with a confusing shroud that overwhelmed her entire being.

“Umm, maybe from the male staff,” said the other teacher.

“So why don’t they just hire female staff only then?”

The other teacher thought for a minute.

“Maybe it’s from the students,” she said after a pause.

“But my students are younger than five-years-old”

“Maybe it’s to show the parents that their children are in good hands,” she offered once again.

She rolled her eyes at the idea that only a person in a burqa is best suited to teach ‘morality’ to kids. Who will teach morality to the burqa-wearing principal who wanted her to don a burqa from 9am to 2pm?

But a job is a job, so she wore the burqa like any uniform.

After all, it wasn’t like she was teaching at a madarssa or anything. It was a popular school with a good name attended by children from the upper middle class background.

How bad could it be?

Soon enough, she found out it wasn’t just a uniform. The classes were gender-segregated from grade three onwards and the books had absolutely no pictures. If there were faces, the eyes were all blurred. Children were not allowed to clap, dance or hear music.

“How do I encourage the students when they do something right?” she asked the principal about the ban on clapping.

“Just say Alhumdullilah” she replied with great emphasis on the last word.

“Can I clap and say Alhumdullilah?” she argued.

“There will be no clapping,” the principal said sternly.

The Bismillahs, Alhumdullilahs and MashaAllah were always uttered with an Arabic accent.

Montessoris were strange there too – no dolls, action figures or stuffed toys. She could understand not wanting to keep Barbies in the play group as kids learnt negative body image from such toys – but you couldn’t even find cute little baby dollies here.

If there was a picture of a pig in a school book, teachers were supposed to skip that page and students were penalised if they said ‘pig’ while looking at the picture of a pig. The letter P was for everything else but ‘pig’. Lord knows how many times her students said ‘pig’ to each other and giggled just because they were told not to.

She wondered what would happen to these ‘protected’ and ‘indoctrinated’ children once they graduated from this school. How would they react and respond to pictures of real people, pigs, dolls, clapping, and women without burqas?

Would they judge other children for clapping or playing with dolls? Their cousins, friends and neighbourhood kids?

How would it feel if she ran into one of her young students and her family at a shopping mall, and she was dressed in her regular jeans and crop top?

What would the child think about her?

Would she end up teaching and bringing up a tiny Taliban here?

That day she handed over her burqa to the school principal.

“My morality and ethics don’t allow me to continue this job,” she said and left the school building.