My life is rich and full, even without marriage 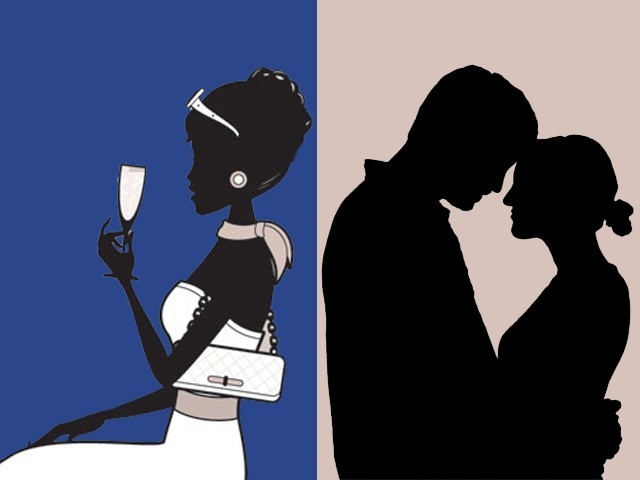 My eternal single-hood is not an unfortunate circumstance thrust upon me but a choice; perhaps one of the most vital and honest one I’ve ever made.

“And what do you do?” so many have asked.

“I tell stories,” the girl said.

One by one they’ve walked away, not understanding the language she speaks.

“I tell stories,” said she.

“Then you are brave,” said he, “and you should keep telling them. I want to hear them all.”

Like a conjurer, I have dozens of stories like this up my sleeve. They come to me at inopportune moments, waking me up at three in the morning or badgering me in the middle of a work meeting. Stories need telling, need escape, as do the characters within them, hurtling towards existence.

Over time, I’ve curated characters. They live in various journals and scraps of paper, in closets (both literally and figuratively) and under my bed. Many of them are men: caricatures cross-bred between memories of men I’ve known, the imaginings of men who do not exist and the potential of men who could not love me.

For five years now, I’ve challenged my friends and family on the idea that I need a life partner in order to be truly happy. My arguments is that it’s unnecessary; I’ve always been comfortable with solitude – I have never feared loneliness; and marriage – to me – has always been a bonus rather than a given. I am equal parts too practical to marry only for love and too passionate to marry only for practicality – both sides of my heart exist in a stalemate in this tug of war. Moreover, I have not yet found anyone to tip the scales in either direction.

In these conversations, I’ve met with friends and family who understand and accept it – my mother, surprisingly, and friends who put little stock in the institution of marriage or who encounter similar disbelief at their choice to be childless.

I have friends who fret:

“But won’t you be lonely? Who’ll take care of you if you’re sick? What if you need someone to help you with a zipper or something?”

I have friends who outright laugh at me:

“Yeah right, have you met yourself? You’re an incurable romantic hiding under a tough exterior with an undeniable maternal instinct.”

And those who lovably condescend in their disbelief.

In their own ways, they are all right – both in their acceptance and in their incredulity. We all try to rig the system, playing mental games with ourselves to lower expectations in an attempt to avoid disappointment. We hope somehow that one corner of our vast and untapped consciousness will belie the truth in another. Every year, I give myself deadlines: I’ll give myself till New Year’s or till I turn 30 or till the end of the summer and then I’ll be done. I meet men for coffee, lunch, dinner, through family, friends, and online. I hate dating, but I try until the deadline is met.

The truth of the matter is this: the men in my mind – the ones between the pages I read and the pages I write, the ones who reside in my imagination – will always surpass the men I meet in real life. I’ve fought this truth for so long, just as I have ignored other truths: that I’m not built to form a meaningful connection with a guy I start out dating first; that friendship which builds into a deep and mutual appreciation has always been the path my heart takes to love (and science proves it’s the right one); that while marriage requires negotiation, compromise, and work, settling for someone, just because, is no longer reason enough to marry.

In an age when 51% of American women are the primary breadwinners and make up more than half of the workforce, men still win the ‘sexual economics’ of choice in the dating pool. With the increase of online dating options, the infamous ‘paradox of choice’ means that a culture of near constant disappointment exists in the arena of love. Love has been altered into something different, something more neurotic by dint of the modern interchange ability of partners and by the gnawing fear that you’re missing out on the next option.

You cannot truly love me if you believe there are others out there like me.

When marriage is no longer a necessity for financial security, when it no longer quells a fear of being alone, and when the men I meet always fall short in an era when the only real reason for marriage is companionship, why would I settle?

As I grow older, my tolerance for settling is low. The things I want practically – such as Muslim, spiritual and educated – along with the things I want emotionally – intellectually challenging, curious, engaged and creative – are immovable. I’m not being picky or difficult; I am embracing my truths for the first time. No longer am I willing to make allowances for deficiencies in character or lifestyle that a younger, more eager-to-please me would have made.

The society doesn’t quite know what to do with single women. However, I refuse the notion that I am somehow ‘less’ for this decision. My life is rich and full and I love living it. I am not ‘waiting it out’ till the day a guy steps out of the pages of countless journals and stands, fully formed, before me.

My eternal single-hood is not an unfortunate circumstance thrust upon me but a choice; perhaps one of the most vital and honest one I’ve ever made.

The author works in PR and advocacy communications by day, and is a writer and geek by night. Her blog, The Memorist, ruminates upon travel, religion, science, relationships, and the past, present, and future experiences that make up a life. She tweets @TheMemorist