The price I pay for respecting Islam 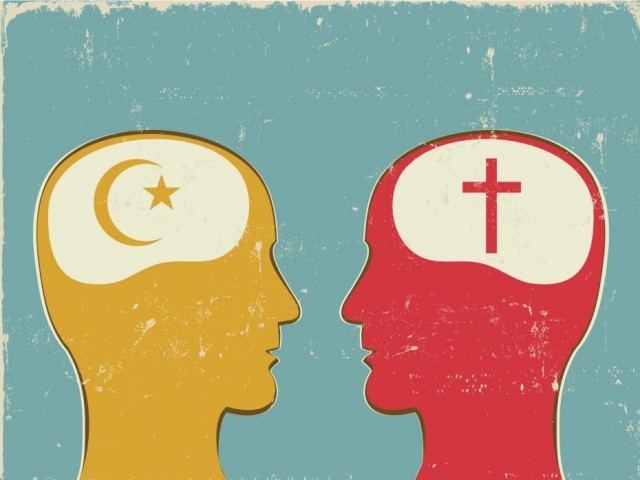 I certainly will carry on with this journey. To stop now would be to surrender to narrow-mindedness, bigotry, and religious supremacy. PHOTO: PHOTOS.COM

Never in my wildest imagination did I ever think I would become a scholar focusing on Islam and Christian-Muslim relations.

Growing up, my passion was playing basketball and following the Boston Celtics. I never had any Muslim friends. In fact, I did not even know a single follower of Islam until my college years. If you had asked me “What is a Muslim?” when I was 16-years-old, I would not be able to answer you.

But everything changed when 9/11 happened.

Muslims were seen as “extremists” and Islam was an “evil” force that had to be crushed by “freedom loving people”. When it came time to choose an academic discipline in college, I chose “Islamic studies” – not because I wanted to learn about a great religion and world civilisation, but rather to work for the CIA and become a spy to nab the “bad guys”.

One of the first classes that I enrolled in at American University was “The World of Islam”. I figured this was a way for me to learn about why an event like 9/11 happened. On the first day of class, I learnt about basic Islamic principles like giving alms to charity and praying five times per day. I was told about a hadith, or saying of the Prophet Muhammad (PBUH), which stated:

“The ink of the scholar is more sacred than the blood of the martyr.”

I remember one of the Muslim students in the class standing up and reciting a Quranic verse, which read:

“Taking the life of an innocent person is like killing all of mankind.”

Another Muslim student stood up and recited a Quranic verse which stated that killing one innocent person is akin to killing humankind entirely.

What I learnt on that first day of class was not reflective of what you hear daily in the media about Islam and Muslims.

Since 2004, I have focused most of my time on researching Islam, US foreign policy with the “Muslim world,” and ways of bridging the gap between Christians and Muslims worldwide. My dedication to these academic pursuits have been enriching beyond imagination. I have made dear Muslim friends whom I hold in the highest esteem. I have been able to travel the world and spend time with Muslim communities of various backgrounds.

They have opened their schools, homes, and mosques to me. The hospitality, warmth, and love that Muslims have shown me over the years have made me an admirer of Prophet Muhammad (PBUH) and an individual who has deep respect for Islam. There is no doubt that these activities and experiences have made me a better person.

Muslims have brought me closer to God. For that I am ever thankful. However, researching Islam and becoming friends with Muslims have also come at a serious cost to my relationships and social interactions.

I have lost a good amount of friends because of my efforts in shedding a positive light on Islam and Prophet Muhammad (PBUH). Fraternity brothers who do not share my political beliefs have unfriended me on Facebook. I have been told by some of them that I am on an “FBI watch list” because of my “radical” views on improving relations between Muslims and non-Muslims.

Other friends who do not care as much about religion or politics simply cannot understand the kind of work that I do. Years ago, one of my friends asked me,

“So what is the difference between Islam and Muslims?”

Most of my friends have no idea about either of these subjects. Therefore, it is difficult for me to share my passion for learning with them. They simply cannot comprehend the benefits of a non-Muslim studying Islam.

Some people in my family consider me to be “weird” because I have an interest in studying a religion that they think is “foreign”. This is difficult for me because these are my family members who are supposed to care about things that matter to me. One person in my family has been so brainwashed by media coverage of Islam that he once told me:

“Muslims kill us because that’s what they’re supposed to do to Christians. It’s in the Quran”.

One Christmas, a family member wanted to buy me a book that she thought would be interesting to me. It turned out that the book was Islam for Dummies by the anti-Muslim activist Robert Spencer. On another occasion, someone close to my immediate family went through my library and picked up a book called The Mystics of Islam. He looked at me and said sarcastically,

“Remind me to read this one!”

He said that in a condescending tone as if the book was useless.

To be honest, it is painful to be seen as someone who studies something that other people consider to be irrelevant. As you can imagine, it does not feel great to feel unappreciated.

Non-Muslims are not the only people who look down on me for researching Islam. I tweet regularly about interfaith dialogue and ways of improving Christian-Muslim relations. Muslims will tweet loving messages to me about the great work that I am doing. When I respond back with “peace be with you” and “Amen” – two typical Christian phrases – they start to question me on my religious background.

“Are you Muslim?” these tweeters ask.

To which I respond,

Seconds later, I realise that I have fewer Twitter followers. These people “unfollow” me for the simple reason that I am not Muslim.

Other Muslims on Twitter do their best to convert me to Islam. They tell me that it is impossible to fully understand a religion if you do not follow that religion. They suggest that I “revert” to Islam “before it’s too late, before the end (of) time”, as if I am going to hell for being Catholic. Granted, I have many Muslim followers who genuinely admire my work in bridging the gap between Muslims and non-Muslims, but to be put down as a non-Muslim scholar leads me to believe that some Muslims are not tolerant of my work.

Studying Islam has come at a price.

Old friends see me as a traitor; family members see me as “strange”, and Muslims see me as someone who will never be good enough. These developments make me think deeply about the issues of loyalty, love, and knowledge. Thankfully, I do have kindred spirits around the world who understand my mission and who appreciate the courage it takes for an individual to put relationships on the line in an effort to acquire knowledge and understand the mysteries of our world.

I certainly will carry on with this journey. To stop now would be to surrender to narrow-mindedness, bigotry, and religious supremacy. These are the evils in our world and I will not stop challenging them until my days on this planet are over.

He is a Catholic American of Irish and Italian descent. As a sociologist, his main research interests include interfaith dialogue, Christian-Muslims relations, race and ethnicity, as well as comparative research and ethnography. He blogs at craigconsidinetcd.com/ and tweets as @CraigCons (twitter.com/craigcons)