Facebook’s internet.org will not work in Pakistan 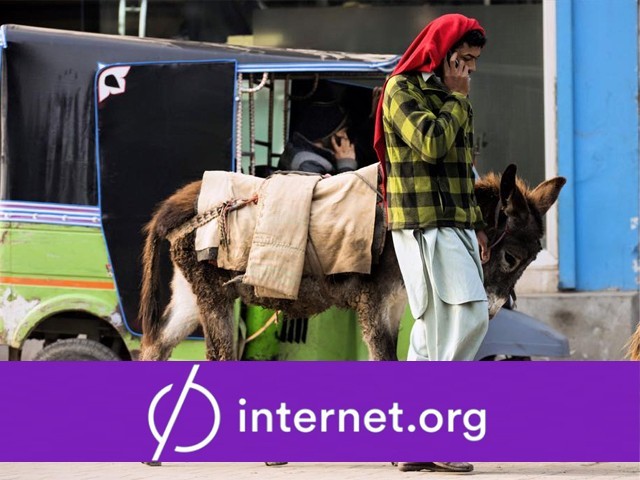 Facebook’s internet.org is a well-meaning initiative held back by some crippling flaws. The portal is currently usable only via the Telenor network, and allows free access to a very small number of websites. These are websites such as AccuWeather, Facebook, BBC News, Bing, ESPNCricinfo, OLX, Wikipedia, and more, including health related websites, one of which provides information on pregnancy and child care. Sadly, though not surprisingly, YouTube isn’t on the list. Naughty Goat video fans have also been left in the cold.

At first glance, there are some immediate concerns regarding net neutrality. For the uninitiated, net neutrality is a principle that has been hotly debated and protested (in favour of) across Europe and North America. In a nutshell, net neutrality is a belief in internet traffic equality, where the powers that be must not interfere with how internet is delivered to the consumer.

“Network neutrality is best defined as a network design principle. The idea is that a maximally useful public information network aspires to treat all content, sites, and platforms equally. This allows the network to carry every form of information and support every kind of application.”

This isn’t only a concern with censorship. For example, ISPs who greedily wish to charge users more for accessing special interests (such as online gaming) have more to lose from strong net neutrality policy. Hence, it isn’t a surprise that those against net neutrality are giant corporations.

As in India and Bangladesh, internet.org is only available on one mobile network in Pakistan.

When I accessed a few websites through the Telenor SIM using internet.org, in terms of speed my experience was useful though not extraordinary. However, when I tried via another network I received the following message:

I am only speculating, but it seems that internet.org is open to a future on other Pakistani networks, but whether this happens is dependent on a number of factors, including response from users. Why Facebook chose a single network (for now) is likely for business reasons. This could also have to do with the hesitation of other networks to offer something like limited internet access for free.

As things stand, the net neutrality concerns are real. The search engine available on internet.org is Bing, but there is no sign of Google, Yahoo or Excite. Alright, so not even Excite employees use Excite, but the point still stands.

When internet.org launched in India, the reception was fiery due to such concerns. Several partners dropped out of the Facebook program due to the controversy. As reported by The Economic Times, Mishi Choudhary, a director at the non-profit organisation, Software Freedom Law Center, said,

The Economic Times also reported of Google postponing similar plans after the backlash.

On paper, it seems that free internet is desperately needed in Pakistan. As of 2013, the reported population of Pakistan was over 180 million. Of this, only 11% of the population was connected to the internet.

This is a startling discrepancy.

But the question is whether fewer people are accessing the internet in Pakistan because connectivity is expensive, or if internet devices such as smartphones and computers are unaffordable?

While internet can be accessed through most conventional phones, only basic smartphones can provide a workable experience. A 2013 report in The Express Tribune states that only 10% of users in Pakistan own smartphones.

This low smartphone penetration is especially worrisome due to the nation’s low literacy rate. Users without formal education find it difficult to navigate the web on regular phones where they must rely on text heavy websites such as the ones found through internet.org, but find it easier to master robust apps featuring intuitive interfaces on smartphones.

For example, while doing research for another publication, I found that taxi drivers not well versed in English were able to manage carpooling apps such as Tripda fairly easily.

I have no doubt that Mark Zuckerberg’s heart is in the right place. After the reaction in India, here is some of what he said:

“Over the past week in India, there has been a lot written about internet.org and net neutrality. I’d like to share my position on these topics here for everyone to see.

First, I’ll share a quick story. Last year I visited Chandauli, a small village in northern India that had just been connected to the internet.

In a classroom in the village, I had the chance to talk to a group of students who were learning to use the internet. It was an incredible experience to think that right there in that room might be a student with a big idea that could change the world — and now they could actually make that happen through the internet.

The internet is one of the most powerful tools for economic and social progress. It gives people access to jobs, knowledge and opportunities. It gives voice to the voiceless in our society, and it connects people with vital resources for health and education.

I believe everyone in the world deserves access to these opportunities.

In many countries, however, there are big social and economic obstacles to connectivity. The internet isn’t affordable to everyone, and in many places awareness of its value remains low. Women and the poor are most likely to be excluded and further disempowered by lack of connectivity.”

The question is how is a half-baked internet connection helping? Pakistan’s literacy rate is said to be at 56%, but this statistic is significantly skewed by bigger cities. Populations in villages and towns where internet.org seeks to find a place are struggling to read and write.

This doesn’t mean such communities can’t benefit from internet access, of course. In India, farmers are benefiting from apps that help them with the process of harvesting as well as other aspects of their business. One such initiative is e-Choupal. A study published by Plum Consulting noted,

“In addition to providing an information service, the e-Choupal system gives farmers the opportunity to sell their produce directly to the Indian Tobacco Company at previous day’s closing price, thus, getting rid of the need for a middleman. It also offers seed, fertiliser and other resources for farming at lower prices than the traders. The system has resulted in savings of more than US$1million and productivity gains of up to 40%.”

The Pakistan Bureau of Statistics reports that agriculture contributes to nearly 24% of the nation’s GDP, and provides employment to 50%. Surely, specialised apps would benefit our farming community. Likewise, well designed apps that provide education and health would do wonders in rural communities. Surely these would be more beneficial than free yet extremely limited access to the internet.

Zuckerberg’s post on Facebook regarding the introduction of internet.org in Pakistan earned some negative responses for the wrong reasons. The picture he posted along with his message was of two working class men alongside a donkey and a rickshaw.

This resulted in some anger from the privileged classes. The only unusual thing I noticed was the perfectly healthy looking donkey; a rare sight in Pakistan indeed.

Regardless of its flaws, internet.org is aimed at providing internet access to those who can’t afford it. Yet those outraged by the photo were ones who didn’t need internet.org in the first place. Moreover, the demand of these keyboard warriors that Zuckerberg post a real picture of Pakistan seems to ignore the fact that the ones pictured were the ones who would supposedly benefit most from internet.org (not including the donkey).

I am not sure where he comes up with 60 million, but that’s completely false according to various sources, including the World Bank.

There is only a slight issue, of course.

“A few years ago, an extremist in Pakistan fought to have me sentenced to death because Facebook refused to ban content about Mohammed that offended him.”

Oh and there may be an arrest warrant for him in Faisalabad.

This person is completely on point though:

And then there is this person:

One would think a sales trainer would understand that in advertising, a picture is representative of its product. In this case, the product is internet.org, not the entire country of Pakistan.

Yes, don’t you realise that those who could use free access to websites reside in the picturesque metropolis of Islamabad? In the words of an angry commentator, Mark, u d*** headed admin u.

While he’s at it, Zuckerberg should have posted pictures of Nusrat Fateh Ali, Imran Khan, Misbahul Haq, Dr Aafia Siddiqui and Azad Kashmir to promote Internet.org.

This leaves us with the best and most sensible feedback Mark received: