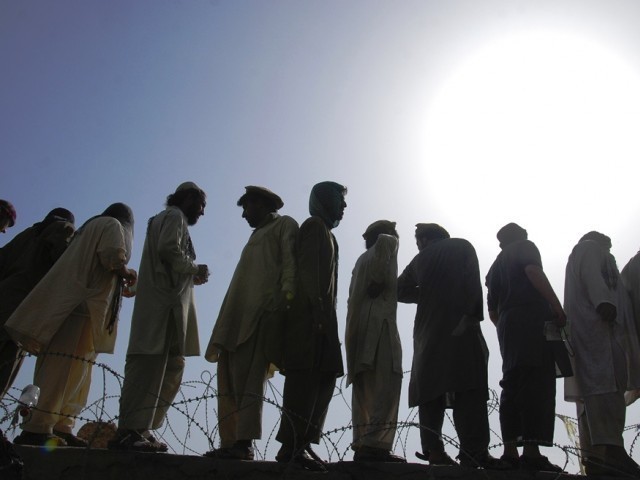 In the aftermath of Sabeen Mahmud’s murder, essentially right after the cancellation of the LUMS talk, a large number of people voiced their anger against those who tried to highlight state abuses in Balochistan.

Mama Qadeer, in particular, came under fire but people vocal about the issue were also accused of being traitorous, or at least of lacking patriotism, or colluding with separatists or, well, you get the idea.

The groups under fire have expressed shock over the reaction they have faced. All they were trying to do was highlight the basics – human rights violations, human life itself. Human life, in theory, should be the foremost concern of every decent person, even in an indecent society.

In Pakistan, however, that is perhaps too much to ask for.

As mentioned in part two, an overlooked aspect of the Balochistan issue is that tactics employed by Baloch insurgents are similar to those that are used by Tehreek-e-Taliban Pakistan (TTP) in FATA and Khyber-Pakhtunkhwa (K-P). Another overlooked aspect is that the state’s security apparatus has also employed similarly abusive tactics in K-P/FATA to deal with them.

Read part 1 and part 2 of this three part series here.

The displacement of population, like parts of the Bugti Tribe, has been witnessed in South Waziristan. Distrust of the populace and delayed rehabilitation has also been witnessed. The raising/backing of pro-government militia to fight insurgents, as alleged to take place in Balochistan, is another common occurrence in the long fight against the Taliban.

There’s more – Amnesty International’s report in 2012, The Hands of Cruelty, details some of the other abuses committed by the Pakistani forces in tribal areas. These include abductions, torture, deaths in custody and dumping of bodies. They also include ‘enforced disappearances’, again, like the ones that have brought Balochistan into the limelight. If anything, the intensity seems to be greater, with the report noting 2,000 court cases filed by 2012, compared to only 135 by 2015 for Balochistan.

In addition, the people in FATA and parts of K-P face intensive artillery and aerial bombing campaigns in populated areas, villages and towns. These atrocities have forced millions to move and caused unprecedented damage to property and, one would imagine, to life. Imagine, because even though there are recorded instances of gunship helicopters firing indiscriminately and mowing down everyone in crowded main bazaars, no figures of civilian deaths have been compiled by any organisation whatsoever.

This is because their lives, or deaths, are not relevant to politics of any organisation, or any group. In fact, highlighting the above mentioned tragedies is considered, by most of us, as detrimental to the greater good.

According to Wikileaks, A prominent Pakistani human rights lawyer and the Human Rights Commission of Pakistan (HRCP), when investigating human rights violations in the wake of the Swat operation, were said to have actually covered up the military’s abuses. The rights body, that has been vocal on Balochistan, did so in order to “avoid arming the militants’ propaganda machine”.

Is it a secret that the establishment doesn’t want its abuses in Balochistan to be highlighted for the same reason the HRCP covered them up in Swat? What happens when someone is intent on highlighting abuses another group would rather have swept under the carpet?

Let’s take the example of drone strikes. Not only is that a violation of international law, but also the purest, most arbitrary form of extrajudicial killings we have seen in the last decade.

Unlike in the case of missing persons, there are no arrests, no interrogations, no one is released. Drone attacks have killed roughly the same number of children as the number of enforced disappearances the HRCP could confirm in Balochistan.

Yet many that are appalled by the atrocities elsewhere have cheered them on. They have mocked protests against drone strikes with religious fervour and admonished the protesters as informers or supporters of TTP.

Is that at all different from what happened last month? In terms of efforts to hide the truth about military brutality; the vitriol against those who protest; evidently, only the roles have changed.

Read part 1 and part 2 of this three part series here.