When the media becomes the judge, the jury and the executioner 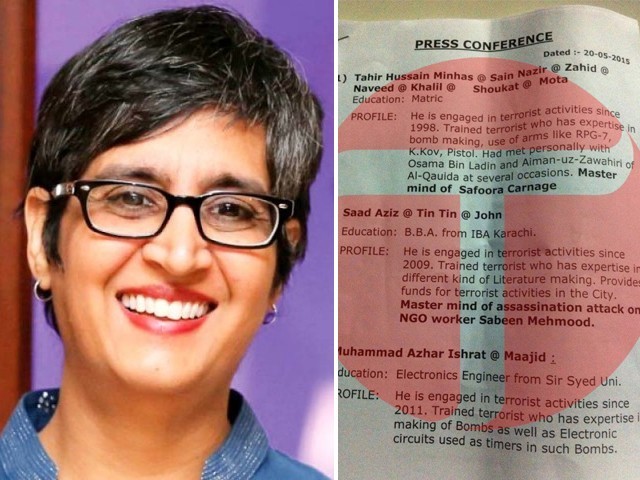 He is everything you don’t “expect” a radicalised Pakistani youth to be.

“Curiosity killed the cat, but for a while I was the suspect.”- Steven Wright

The chief minister revealed his name as he was arrested as a suspect. Free and fair media pulled out his photographs and life details from social media and the news spread like wild fire. Today, he is the poster child for a new debate and sad reality; the well-educated radicalised extremist.

In present day Pakistan, peace and calm refers to the short uneasy intervals between the continual series of horrific terrorist attacks. Uneasy because each incident emphasises our vulnerabilities, dramatically plays out our insecurities and triggers many questions. These questions for most part remain unanswered. Most of us thought that the Safoora attack in Karachi that killed 45 innocent bus commuters would be another such mystery file but the Sindh authorities attempted to answer some of these questions. And this time, these were shocking and piercing answers.

Chief Minister of Sindh Syed Qaim Ali Shah revealed to the press that three “well-educated” suspects have been arrested for plotting recent terrorist attacks in the city, including the murder of renowned social activist Sabeen Mahmud and the heinous Safoora bus attack. The reaction it triggered across the country (and social media) was of disbelief and dismay, especially because the primary suspect, quoted to be the “mastermind”, was a graduate of the top business school of the country.

He is everything you don’t “expect” a radicalised Pakistani youth to be. He shatters every ‘extremist’ stereotype cultivated in the recent past as he hails from a well-to-do family, lives in a high-end neighbourhood and was educated in the best “English-medium” institutions. He didn’t come from a suburban madrassa that we conveniently blame for the menace of terror neither was his past plagued with poverty and deprivation.

Our ‘mastermind’ was the uninvited reality check. It violently pushed us out of our cosy comfort zones revealing how deep the fangs have penetrated the poison in our society. The debate was all over the place; some smirked because finally the madrassa was not to be blamed. Many referenced to the systematic social engineering our society went through in the 80s, sowing the seeds of hatred that we are now harvesting. As more details about the suspect surfaced, it evoked more debate and garnered endless media speculation.  I wonder which came first – was the media interested because viewers were hungry for analysis and details or did they provoke an atmosphere of public hysteria similar to a lynch mob?

In either scenario, it is clear that a fair trial for the ‘mastermind’ is nearly impossible. Regardless of the result of the trial, the accused will not be able to live the rest of his life without intense public scrutiny, if not utter dejection.

A key question here would be, is the media the only one responsible for the overkill?

The idea is not to be a ‘mastermind’ apologist. If these heinous acts are his doing, then justice must be served. This is more a reflection on the mechanics of media coverage and trial. The reason I bring this up is that most trials and arrests are not deemed worthy of media attention, no matter how serious the charge. We have thousands of pending cases across the courts in the country including the assassination cases of former prime ministers and sitting governors of state. The cases that draw media attention emanate from what I believe to be three primary sources: the prosecution, the defence, and the media itself.

The prosecutor, in this case the Sindh authorities, in announcing an indictment and stating that an investigation is in process, can depict the suspect (defendant) in such a way as to materially prejudice his rights to a fair trial. This, in turn, has often resulted in defence attorneys trying to combat fire with fire, which after a while begins to create somewhat of a circus-like atmosphere. One can also understand the surmounting pressure for answers and action that may push authorities to share such information, which in many ways are a milestone and an accomplishment in solving these cases. Still, the deeper context of the case and the future findings should not be discounted.

The responsibility of the media in such a case is manifold. Saturated coverage of the ‘mastermind’, especially when inflammatory, almost precludes this case from being handled in an ordinary fashion.  What do I mean by that? Most cases, as you know, are pled out. However, this is not so in cases that catches the media’s eye. Here the plea bargaining is out, maximum penalties are in. Moreover, it is ironic, I believe, that while the jury is repeatedly admonished in all cases to consider only the evidence and exhibits which emanate from the witness stand, they are subjected to a barrage of often inflammatory and irrelevant information prior to their empanelment.

In conclusion nobody wants a cold-blooded extremist to be set free but sensationalising the matter and destroying the democratic dream of a swift, strong and independent judicial system in Pakistan serves no real purpose. This must also be a landmark resolve to put a resilient plan in motion that prevents all our madrassas and our elite schools, our cities and our suburbs, from producing anymore ‘masterminds’.

Sidra Iqbal is an internationally acclaimed journalist and development activist from Pakistan. She is an ICANN Fellow and the Societal Ambassador for Mortein. She tweets at @SidraIqbal (twitter.com/SidraIqbal)

Preventing mosquito-borne diseases – Are you ready to #StopTheCount?