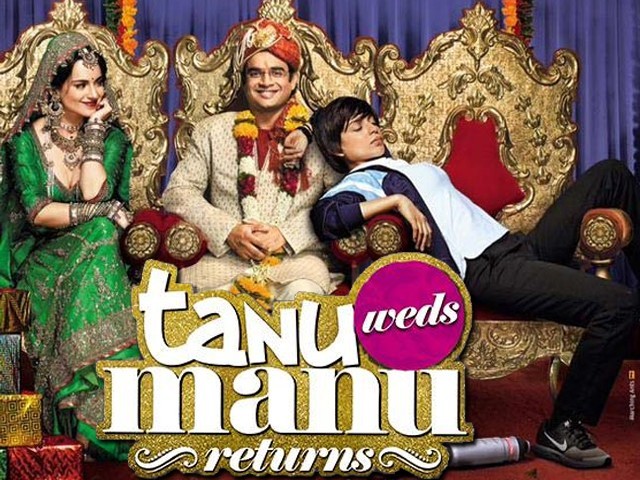 Tanu weds Manu returns with a bang. Where the first part, although entertaining, was quite anti-climactic and had a clichéd story line, the second part promises to overturn any complaints you might have had with the acting or the dialogue delivery from the prequel.

It’s been four years since Tanu (Kangana Ranaut) and Manu (Ranganathan Madhavan) got married, but boredom finally takes its toll, adversely affecting their marriage. When Manu loses his calm during a counselling session, he is forcefully admitted into a ward, while his wife calmly exits and makes her way back to her hometown, Kanpur, India. For heart-broken Manu, this is the last straw and after being bailed out by his best friend, Pappi (Deepak Dobriyal), he flies back to India.

Tanu, meanwhile, has resorted to her old daredevil, outrageous self, and shamelessly uses her tenant (Mohammed Zeeshan Ayyub) to roam recklessly around the village, making excursions to her ex-boyfriend, Raja Indir’s (Jimmy Shergill) house. On the other hand, Manu, who is wallowing in his sorrow, receives divorce papers from Tanu, leaving him in despair.

It is then when he happens to meet Kussum, Tanu’s teenage and tom boyish look alike, who is a top athlete with a strong Haryanvi accent, and he cannot help but fall in love with her. The story takes an interesting turn of events when we find out that Kussum was betrothed to Raja, who, at the point, is openly flirting with Tanu in Kanpur. 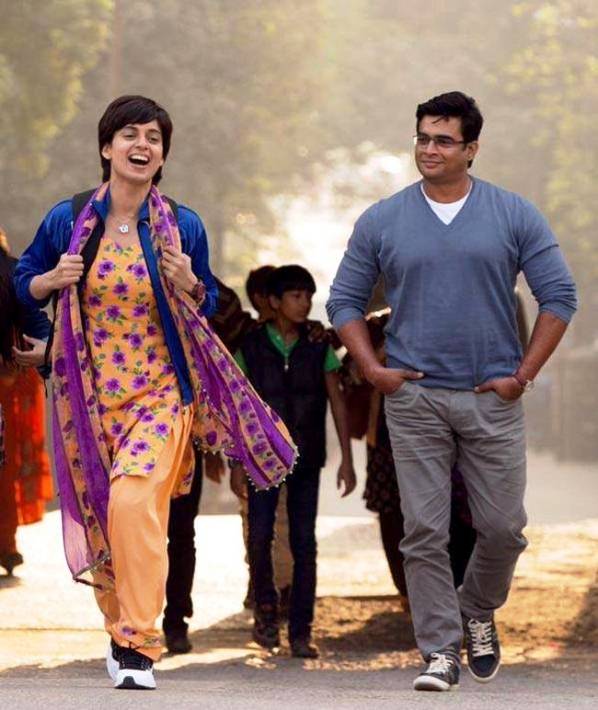 Will the meek and helpless Manu go through with the divorce and marry Tanu’s look alike or will he realise that with marriage come fights and compromises?

Tanu weds Manu Returns is a thoroughly enjoyable romantic comedy with outstanding performances by the main cast. Ranaut does not fail to impress us with her twin role as Tanu and Kussum. In fact, the actress herself claims that it felt as if she did two films instead of one. Her complete transformation from the provocative, hot-headed Tanu to the independent and bold teenage athlete with a completely different accent, removed any doubt I had about her acting capabilities.

Watching both the personalities clash when the ex-wife meets the to-be wife was by far my favourite scene. Ranaut is clearly creating her own niche within the industry and is doing a pretty good job at it too. 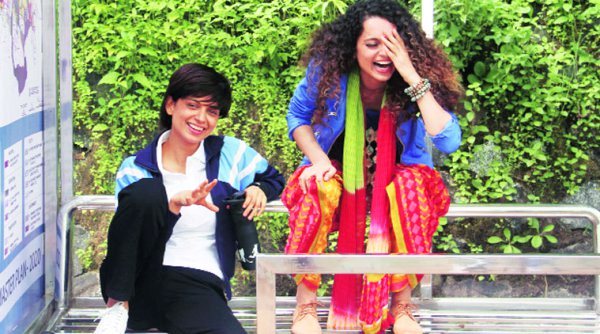 Madhavan plays the helpless husband role to perfection. However, his role is hugely complemented by Dobriyal, whose screen time was almost at par with Madhavan’s. Dobriyal’s flawless delivery of witty dialogues kept the audience entertained throughout. Shergill also gave a promising performance and his one-liner sarcastic comments interspersed throughout the movie were hilarious. Ayub’s performance as the tenant who is a victim to Tanu’s killer looks, was also commendable.

Due credit goes to Anand L Rai since Tanu weds Manu Returns is one of the few sequels that was better than its first part. Although its soundtrack was not nearly as half as good as the movie, with ‘Banno’ as the only good dance number and ‘Old School Girl’ a completely unnecessary addition. Ranaut’s performance definitely stole the show and left me waiting for her next release.

For all Bollywood lovers, this movie will give you a guaranteed mood uplift and is a must watch.

The author is a graduate from LSE and is currently working at Millward Brown. She loves watching movies and reading. She tweets as @shaikhmi

Ditch Santorini’s beaches and Mykonos’s party life, Athens is the place to be