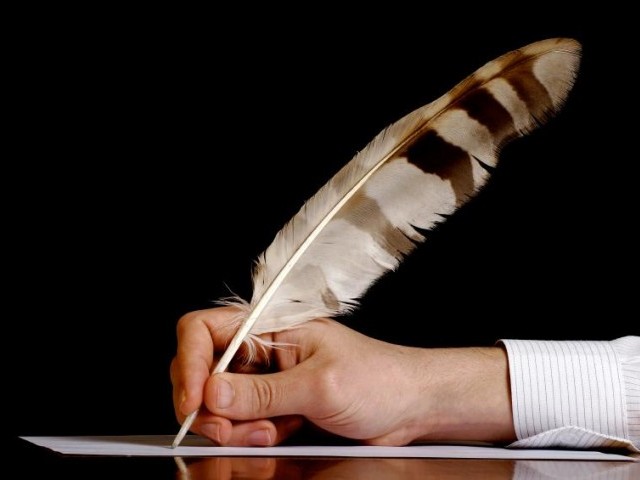 Most writers have a love-hate relationship with their writing.

1.       Bleeding on the pages. To my chagrin, I’m one of those writers who unconsciously project themselves in their writing. I’m frequently baffled when people ask why my character is so similar to me or people I know until they point out the obvious details I’ve missed.

2.       Getting too involved. It’s bad enough that my best friend/editor keeps begging me not to kill a particular character she’s fond of, if I didn’t write in the fantasy genre, there would be no rational way for me to bring back people from the dead just because I like them too much to kill them. Thank God for necromancy! And similarly, every time I write a particularly gruesome violent scene, I need to take a walk and clear my head; don’t even get me started on the state I’m in when I write sad scenes.

3.       Wannabe ‘writers’. I don’t care how mean it is, it’s true; teachers that told you anyone could write were only trying to encourage you to work hard and pass English. The truth is, you either have a gift or you don’t. “True ease in writing comes with art, not chance, as those move best that have learned to dance.”

4.       The critique. While I’m frequently amused that people assume (wrongfully) that I can dish out harsh criticism but can’t take it (they’ve obviously never met my father) I hate it when people start  getting personal. One poor chap on ET had the authenticity of his Fulbright scholarship questioned; I was branded a fundamentalist despite a previous statement I’d made declaring my lack of religiosity, purely for the sake of making a point. I mean, someone please explain, why should I sit and explain my philosophy on life and religion to a stranger online?

5.       The inability to concentrate on anything else. I didn’t get a C in my marketing midterm because I was sick. I got a C because I was too busy frantically finishing a story that insisted on being told ASAP till 1 o’clock in the night. My teacher was quite disappointed by my grade but hey, it was a good story at least.

6.       The dreams. I’m one of those retarded writers who dreams up ideas for stories, and by that, I mean literally dream up. If it wasn’t nightmares back in my supernatural writing days, it’s detailed, explicit dreams now which just end up exhausting me despite the eight hours of sleep. Not a fun thing when you’re facing a day of classes from eight to five.

7.       The stereotypical perceptions. It’s bad enough that I wear glasses, and actually prefer them to contacts, but I had to be a dreamy eyed writer too; that so does not help my case. Every time a relative calls me “Professor Sahiba” or “Arastoo” I want to kill myself. For one thing, I hardly think I could ever measure to someone like Aristotle, not to mention there is a vast difference between a writer and a philosopher. For another, no. Just no. Quit it. I’ve run into a couple of writers/editors once or twice. They’re gorgeous, stylish, and cool. One of them even watches How I Met Your Mother. Hardly geek tendencies, I think.

8.       People calling in favours. My friends from school, college, university, are frequently texting or calling me and begging me to do some English assignment for them. I adore my friends, and never say no, hell I offer to do it sometimes when they don’t even ask because I like my friends and I like to write. But do they really have to ask such favours four hours before the deadline? Even I have my limits.

9.       The dismal prospects. Let’s face it, writers don’t make much. I’ve resigned myself to starving for my craft, and really I’d never have it any way, but sometimes I really wish my parents had encouraged me to be a doctor instead of nurturing my talent.

10.   The inability to quit. Sure, I could sell my soul and switch to a more lucrative field. But then again, that would mean living life “With that one talent which is death to hide, lodged in me useless.” So what if I got a C  in marketing and disappointed Ma’am Jacqueline, that story was awesome! I love my mighty quill and I love the torturous mind-numbing obsessive roller coaster experience of writing. I love the people that hate my writing and I love the people who like it even more. Sure, I could quit. But that would be akin to quitting breathing. So I plod on weary and resigned in my love-hate relationship with writing.