My friend from IBA, an extremist? 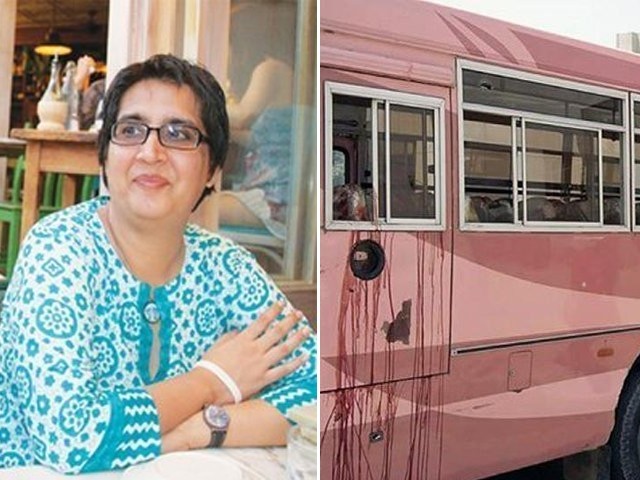 A student from IBA can be an extremist. The latter is no reason to ban IBA.

I went to school with Saad Aziz. For two years in Lyceum, from 2005 to 2007, I considered him a friend of mine. A shy, lanky young boy always seen with a bag strapped on one of his shoulders – he always looked like he was headed somewhere but had nowhere to be.

We lost touch after school. I had forgotten all about him till I was presented with a jolting reminder on May 22nd.

When the news broke of him being the alleged mastermind behind one of the terrorist attacks, my initial reaction was one of denial. The story did seem implausible but in my mind it was impossible. Too often in Pakistan, journalists hide their biases under a veneer of objectivity, logic and facts. I am going to lay out my bias for you to be clear in what shade my worldview is tinted in. I could not believe he was an extremist, not because he was educated, or reasonably affluent, or a family man, not because I once called him a ‘friend’ but merely because logic dictates otherwise. 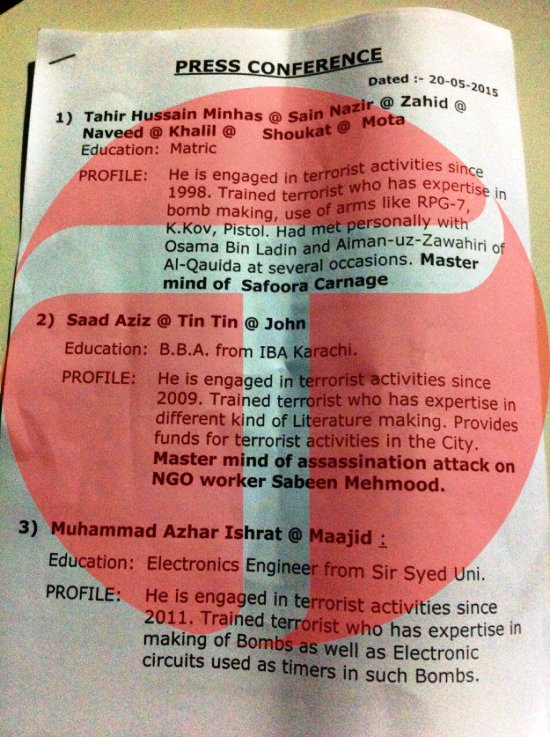 I have mulled over my thoughts a lot since then. The impossible seems potentially probable now. For the record, I am still convinced – not based on any evidence or fact but mere intuition – that the murder of Sabeen Mahmud is conveniently being piled on in the list of the extremist activities of these group.

Sabeen was not targeted for her religious beliefs; she was targeted for her political beliefs; the only anomaly on the list of terror. A more thorough investigation is required, keeping in mind the inept history of our law agencies, therefore, at this point Saad Aziz has only ‘allegedly’ committed these terrorist activities.

Unfortunately, we as a society demonise people easily. It is very convenient for us to distance ourselves from these monsters amidst us. The hard truth is that even the brutal savages who committed the Peshawar massacre were a part of our society. It is about time that we, as a collective entity, accept responsibility and take action to improve as a community. Under different circumstances, maybe one of us could have become a ‘Saad Aziz’.

Currently, no evidence has been presented against the group; all we have are statements from the government. Even though nothing has been legally decided, we are all out with pitchforks. I can never quite understand how and why so many Pakistanis feel placated after someone is hanged, droned or bombed. This never ending cycle of violence does not seem to end.

As Faiz Ahmed Faiz would ask,

(The blood stains have been washed away, but how many rain showers later?)

If he did do it, he must be punished, but eventually someone will take his place. We are not combatting the culture of violence by hanging a few culprits.

So who is this ‘mastermind’?

He is not some foreign trained militant or a rival intelligence goon. He is one of us; he could have been you or I. That is not to say we should all start distrusting our neighbour; in fact, we should start building more of a community culture to ensure we do not give birth to more vagabond extremists.

Almost all testimonials from people who knew him throughout his schooling suggest that he never seemed the sort. The words timid and shy have been thrown into the mix. My memories concur with the sentiments. However, the more I think about it, the more I see how Saad was simply looking for a guiding hand throughout his A’levels, a bag hanging on his back.

Lyceum was an incredibly “grouped” high school during my time; people hung out within their small circle of friends. Sure everyone knew each other and met at parties and get-togethers, but everyone knew what clique everyone was a part of.

Saad never had a group. He could be seen floating from one group of friends to another, never really seeming like he belonged to any one in particular. He tried his luck on the ‘dabo’ board, spent a few weeks on the foosball table and even attempted to join the drama gang, but he remained on the periphery.

This is where the real criticism of our education system comes into play. Saad was never inclined towards extremism but his as personality development, or lack thereof, it could have made him prone to buying into a false ideology. The extremists may able to offer him something that our schooling system was unable to: a group of people where we felt valued, where we have purpose.

The inability of schools to stress on the personality development of students as part of the curriculum has created a generation of extremists with extremely myopic world views. Groups that hold onto their imagined ideologies are completely intolerant of anyone who disagrees with them. The extent to which these groups go to protect their own shows their inherent insecurity in their own beliefs.

Let’s be clear, this is not religion, this is extremism. The terrorists are to be punished for their despicable behaviour but without serious introspection into our fundamental institutions, we will continue to hang the man, and feed the system. There will be more like Saad Aziz.

Lyceum is, in my books, the best school in Pakistan but even they lack the adequate staff to recognise early signs of trouble in their students. The deplorable student to teacher ratios in schools combined with the grade race results in students getting no individual attention. It is unreasonable to expect a teacher to personally get to know 35 students that he/she meets for two hours a week over the course of a semester.

Furthermore, what interests the schools is the grade, rather than the individual. The fact that Saad got good grades is seen as a reason why it is unlikely that he would be an extremist. Grades are not a reflection of one’s personality but simply a reflection of one’s ability to regurgitate information.

The education system in Pakistan focuses highly on repetition and memorisation rather than critical thinking and original thought. And this is my fundamental problem with IBA; it is not so much a school as it is a business training institute.

Does it produce great employees? Possibly.

Does it produce great citizens? There is not much I see in their curriculum to suggest it does.

The Axact corruption case and the Saad Aziz saga may not be enough to level a case against IBA’s methods but all schools in Pakistan do need to fundamentally reconsider their raison d’etre. They should not be training a series of roll numbers but focus on developing citizens.

However, the reaction of the internet to use these exceptions as a case against liberals and universities in Pakistan is equally problematic. It is true that the fact that a person is affluent or attended a university does not preclude him from becoming a terrorist, in fact there are several liberal extremists who are equally guilty as religious fundamentalists, but these institutions are not institutionally producing ‘terrorists’. In that nuance lies the difference between the criticism of these universities and certain madrassas in Pakistan.

Certain religious clerics are tainting the name of madrassas by using them to institutionally preach hate and train terrorists. Even a bright mind like Saad’s fell prey to the words of these puppet masters. The puppets can belong to any section of society but the terrorist puppet masters are the ones who are the root of the problem – the people responsible for brainwashing individuals towards committing heinous acts.

The liberal criticism is aimed towards these people. A few exceptions do not become the norm. IBA does not structurally cultivate a culture of extremism in school. However, a student from IBA can be an extremist. The latter is no reason to ban IBA.

All madrassas are not extremist organisations. Some terrorists are using some madrassas to create extremists who are coaxed in to committing terrorist acts. The latter is the reason to ask the government to ban those particular extremist hubs to cut the problem at its root.

The unnecessary hyperbolic reaction to the news on both sides has, as usual, left comment boards divided all over the internet. It is gut wrenching to see the amount of hate and demonisation. There is no sense of collective guilt or a sense that we are failing as a society. Instead, once again we are looking to blame individuals beyond our borders.

These Facebook extremists are little different to the religious extremists, they have simply allied themselves with a different ideology. If Pakistan is to produce people less prone to falling into cults of personalities, the institution of education needs to be fundamentally revamped, which includes all schools, madrassas and universities.

Let’s measure our worth not on grading curves and pay scales but as citizens of Pakistan.