There is zero tolerance for hate speech in Pakistan, even if you are a cleric! 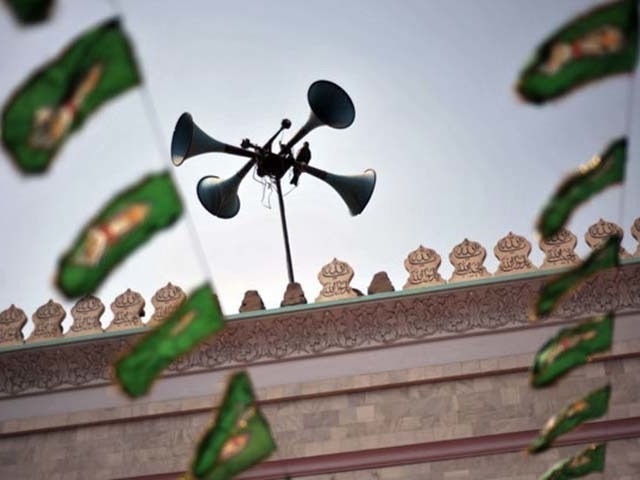 Maulana Abubakar was convicted of delivering anti-Shia hate speech during his sermon. He openly declared Shias as “infidels”. PHOTO: AFP

Recently, an anti-terrorism court set a precedent by sentencing a prayer leader belonging to Kasur for five years of imprisonment. Maulana Abubakar was convicted of delivering anti-Shia hate speech during his sermon. He openly declared Shias to be “infidels”.

In the last few months, over 4,000 individuals were arrested for similar offences while 21 have been convicted in Punjab for delivering hate speech, with some of them jailed for up to eight years.

I am not going to refer to this man as a ‘qari’ in this blog, for a ‘qari’ is expected to be a respectful man who is dutiful towards his religion, actions and sermons. No one should possess a tolerant attitude for hate speech, especially those who are clerics and preachers of religion. A religion that is known for ‘peace’ has been shamelessly tarnished due to these very clerics.

Who has given anyone the right to label another an ‘infidel’? Doesn’t Islam teach you that God is the Supreme Judge of all things? Thereby, shouldn’t it be God who judges which one of us is an ‘infidel’? Either way, Abubakar went a tad bit too far by trying to incite hatred for Shias.

Religion has certainly become a shady money-making business that also receives political backup. By insinuating hate speech for Shias, we encourage the heinous crime of Shia genocide that has been rampant in Pakistan. Only a few days ago, the Ismaili community was targeted, and prior to that, the Ahmadis were targeted. Christians, Sikhs, Hindus, you name it and all the minorities are being squashed in this country which boasts a flag that gives significance to the minorities with its white mark – the same white mark which has now been painted red.

When Abubakar was prosecuted in front of the court, the prosecutors showcased a video recording of him delivering his hate speech. When he was questioned about it in court, this ‘Godly’ man denied the fact that the man in the video was in fact him and pleaded that he himself had not attended this specific gathering. At the same time, the defence counsel representing him alleged that the police purposely tried to implicate their client by planting evidence against him and made a request for him to be acquitted. Thankfully, Judge Haroon Latif, who was the presiding judge in the case, saw through the absurdity of the pleas and sentenced the said convict for a five-year term in prison.

In Pakistan, stirring religious hatred is unlawful. The law clearly states that any act or speech which instigates sectarian odium, whether inadvertently or wilfully, can lead up to a possible prison sentence for nearly seven years. Yet, there are hundreds of these clerics on the loose, who incite hatred every day.

Hate speech and attacks against Shias and those belonging to various other minorities rose in the 1980s during the rise of hard-lined Wahabism in Afghanistan. According to a report by BBC, Shias make up nearly 20% of the 180 million population of Pakistan. With the rise of ISIS and minority killings, there should be no forbearance for any hate speech or act of vehemence. I am no one to suggest to legal authorities how they should conduct their duty, yet if the country is already taking the terrorists to the gallows, then such convicts should be taken to the deepest pit of prison hell too.

People like Abdul Aziz and Abubakar have certain responsibilities, yet they wrongfully take advantage of their positions and preach their personal ideologies. A mosque, church, temple or any place where one feels close to God should be thriving with God’s light (noor, enlightenment) and should be peaceful; instead, people are either scared of going to these places for fear of being bombed or receive hateful messages from these clerics who are meant to facilitate your closeness to God, not take the message of peace and harmony away.

Another aspect that personally annoys me the most about these clerics and their sermons are the way they speak. Even if there is no hate speech in their message, I only wonder why their tone is filled with so much aggression. On a lighter note, it wouldn’t be a bad idea to give them public-speaking lessons, where they are taught to speak ‘gently’.

We as a country are living in a time where our original ideology of a sovereign nation needs to be brought back into the limelight. As the nation desperately tries to rebuild itself, which is the need of the hour, hatred and discrimination of any kind against any human being belonging to any race or creed should not be tolerated at any cost.

Let us rise from being mere keyboard jihadists and tackle the situation in our own apt way. I, being a woman, may not be permitted to attend these sermons, yet the men in our society should stand up against this issue. Call the anti-terrorism numbers and put these supposed ‘imams’ back in their place. It would just be a drop in the ocean, but surely one that will count.

You can report any suspicious activity in relation to terrorism in Punjab, Balochistan and Sindh by calling 1135 and 1125 for Khyber-Pakhtunkhwa (K-P). Do your part. Speak up!