“It was funny… (he) squealed like a pig”: Germany’s Muslim-intolerant police force 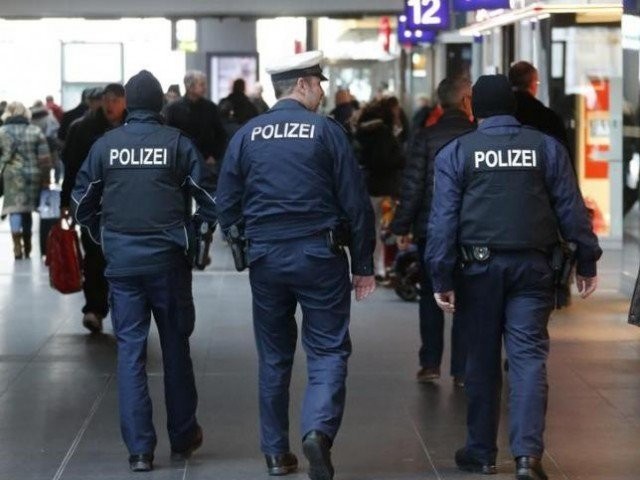 The recent news circulating about a German police officer who shared a gruesome video on Whatsapp that featured him torturing a Moroccan Muslim man has had me in a spin. The video shows how the victim was forced to eat rotten pork off the floor.

The same German officer is also being prosecuted and thereby is being investigated for physically abusing (and strangling) an Afghan refugee.

Until last week, I, being a college counsellor for one of the top ranking schools in Lahore, was trying to educate my students on the perks of gaining further education from Germany – a country that is offering foundation courses in German and waiving tuition fees for their entire degree program. However, after this appalling news, I am re-thinking my stance on Germany altogether.

Sure, one can argue that this is a one-sided story. However, many people are making claims that the German police are known as one of the most racist police forces in the entire West, while claiming that the British police force is amongst the best in the world. We can also debate over our very own Pakistani police force but I personally do not think that they would stoop as low as this particular German officer.

Reports suggest that this sick and perverse man has been charged for shamelessly bragging about the atrocious assaults that he solely conducted on these two victims. He bloated his ego by sharing information, as well as hideous photos, about these assaults via Whatsapp with his peers who work in Hanover, Germany.

Pro Asyl, a human rights group, condemned the incidents which were initially brought to light by NDR, a public broadcaster. They gave a statement of rendering the act as one of racism and inhumanity. Furthermore, they have also issued an order to investigate as to how many other men in the German police uniform accompanied this heinous act of violence or were privy to its knowledge.

In March 2014, the same German officer boasted in a text message of having strangled, beaten up and also sticking his fingers up the nose of a 29-year-old Afghan man. The photos shared by the said officer showed the victim with his feet cuffed. His only crime being that he did not have his ID papers when he crossed this officer’s path.

The sheer perversion of this German officer can be seen in the text that he allegedly wrote on Whatsapp:

A few months on, the same officer got hold of a teenage Moroccan boy who had been arrested for travelling without a ticket on a train and was also carrying a meagre amount of marijuana. Once again, the police officer gloated about having assaulted the boy by forcing him to eat rotten pork off the floor. The officer knew all too well that the detained victim was a Muslim and that pork is forbidden to Muslims.

I seriously don’t know how stupid this German man is or what sadistic pleasures he got from snapping photos of the Moroccan detainee who is seen handcuffed, lying on the floor and looks as though he is writhing in pain. Moreover, in the photos, two more officers can be seen restraining the victim.

Barbarism of any degree – by any country, race or ethnicity – should never be tolerated. With this news going viral, we as Pakistanis should also look within ourselves and our very own laws and regulations to end such deplorable acts of torture.

But the big question here would be, will we as a nation look into our vices and have the government do something about it?