Risks of writing an authentic book in Karachi 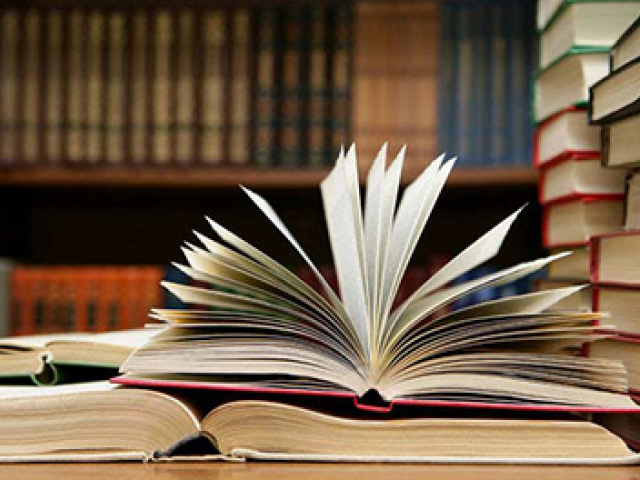 I could easily use a pseudonym. Yet the narcissist in me wanted to finally see my name on the cover of a book. STOCK IMAGE

I’ve been writing since I was in my mother’s womb. According to her, I never kicked – but she felt constant scribbling on her tummy. I probably came out of her holding a novel called My Nine Months in the Womb by Saba Khalid, which she probably threw away because it was too graphic for her Jamaat-e-Islami sensibilities.

While girls were playing with Barbies, I was busy picking up my favourite books, cutting out the author’s name, putting my own name instead and then pretending to be the centre of attention of my very extravagant book party!

By the age of eight, I had written (and stapled together) my first horror novel. This one was found by my evil older sister, who laughed hysterically while reading it; I didn’t write for the next five years.

However, writing would always seduce me. Call me back. Tempt me, tease me and torture me. Soon enough, I was back in its arms.

I wrote to live, I lived to write.

I helped with literature assignments; I helped with everyone’s scholarship, job entrance and admission essays. I might as well be the reason why some people are in Yale, Indus and even LUMS (Yea, thanks Farida, for not inviting me to your graduation party).

Nevertheless, all I needed was the slightest push, “yaar tum tou bari achi writer ho!”, then I’d be putty in their hands, spending hours editing, revising their drafts, giving them feedback and making their writing more interesting.

I wrote on good days and bad days, merely every day. Some days I wrote brilliantly yet some days my writing made me cringe.

I quit jobs to pursue my writing. Some days writing paid, other days it didn’t pay at all. Some pieces were taken, some were trashed. I fought with editors to be given a chance to write; however, some let me while others ignored me.

I loved to read but dreaded going into bookshops because my book was still not there. Plus I constantly felt that I was not doing enough to put it out there. Therefore, I took more chances and made real-life mistakes in order to write something interesting and out of the box. When girls wooed guys by putting on red lipstick, I sent them sentimental pieces inspired by their love and attention.

By the age of 30, I had accumulated quite a bit of material; good, bad, sad, angry, dirty and insane.

After all, I had reached the centre of my orbital path; that tiny space between overextended youth and snubbed adulthood. From the point of living your life trying to be something you’re not, to the point of giving up and arriving at that perfect stage where you accept yourself as it is. I’m me, no special snowflake and that’s still brilliant!

I finally had the time and patience to put a book together. I had this renewed confidence that it would be published. So, I sat down to write, edit and finalise; the words, the chapters, the plot, it all came in like water in a faucet that hadn’t been opened in a long time. First, it came out slow and dirty then it came out gushing until it spilled all over. I crossed all my daily deadlines. I was ecstatic.

However, I soon realised that speaking my truth meant speaking the truth about a lot of other people in my life who were close to me and who I loved despite all the differences. Speaking my truth meant that I would reveal personal details of my past relationships that would put me under immense judgment. Disclosing utter honesty meant possibly to escape from here because our people are easily offended and can even lead to being killed because it is so difficult for people to hear another person’s perspective.

I could easily use a pseudonym. Yet the narcissist in me wanted to finally see my name on the cover of a book. I could easily call it fiction. Though, we all know how we tell our own stories through the characters we create.

Thus, again, I sit here with an almost-finished novel, not knowing whether to trash it or to save it, whether to speak up or shut up. I question myself on whether I’m finally a brave woman at 31, or still the same little eight-year-old girl, terrified of people laughing at her.

I’m hoping I will be the former; but the people around me are convinced I’ll be the latter!