The day he took my love away 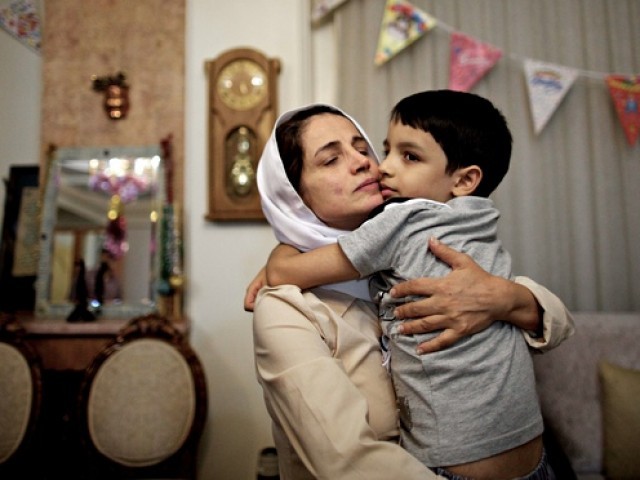 She never expected her marriage to come to an end. No woman ever does. She distinctly remembers the day she was betrothed and how excited she was. Her mother kept telling her not to smile for she had to make it look like she was genuinely sad about leaving her father’s home, but secretly she was over the moon.

He was perfect; good looking, professionally accomplished, lived abroad and came from a good family background, and to top it off, he loved her wholeheartedly. What a beautiful union it was. Everyone was smiling and everything was going to be completely perfect.

And yet, here she was standing outside his family home in Islamabad, in broad daylight, screaming at the top of her lungs and banging her hands against the wrought iron gates

Until a scrawny looking housemaid tentatively approached the gate and told her in broken Urdu,

“Madam, he is not here, everyone has left.”

She started shaking and could feel the ground turn to water underneath her feet.

“No, no, no!” she cried as she slowly collapsed to the ground.

Soon a crowd of curious spectators had gathered and her anxious mother, who was standing nearby, managed to get her to stand,

“Get up, get in the car and stop making a scene; we will deal with them later.”

She could not move. Her legs were like jelly and all she could remember was seeing her son waving at her as his father took him for ‘a little drive to McDonalds’. His little hands and smiling face kept floating in front of her eyes and all she wanted to do was hold him close to her like she did at night while he slept. She felt her body was falling apart into little pieces, only to dissipate with the wind.

“I am not moving mother. My son needs his nappy to be changed and I will wait for him to come back,” she said looking at her mother with her slightly crazed eyes.

“Get in the car right now,” her mother said pulling her up with more force than before.

She managed to get up with her mother’s assistance and sat in the car. Her driver, flummoxed at first, began to drive the car through the growing crowd. She lay lifeless in the back seat, chanting under her breath, “my son, my son, my son” as tears rolled down her cheeks.

He was a beautiful baby boy, two years of age and ever the master of his own domain. His cheeks were plump and red like a ripe tomato, his hair wispy and peppered with blonde streaks falling around his big, bulbous honey-coloured eyes. He was perfection itself, but then to every mother in this world, her child could never be imperfect. As she looked outside her car window, she saw young children riding pillion on motorcycles clinging for their dear life to their fathers or their mothers and she started to cry.

Her marriage had its ups and downs but she never expected things to take such a drastic turn. They had been living apart for some time in order to try and mend the cracks, but it seemed the gap had been widened with time. This act was surely going to seal the fate of the marriage.

When she got home, she dashed to call her husband to find out his whereabouts, but as soon as she got a ringtone, it would go dead and she would be left fearing the worst.

How could she have been so stupid? She looked around her room and all she could see were her baby’s paraphernalia; his clothes, his toys and his shoes. Her father came into her room to find out what was wrong and she let out this guttural cry from the base of her stomach,

She proceeded to explain the story to him in detail and her father remained calm and composed as he always did in emergencies.

“Relax; he can’t have left the country with him since we have his passport, so calm down. We will go over to his uncle’s house and see if he has taken the child over there.”

She quietly acquiesced and they decided to go to his uncle’s house. Upon reaching his house, they were told that the child had been taken to America on the basis that his father was an American citizen.

She sat there perplexed and felt her heart explode into a thousand pieces. Whilst trying to maintain her composure she asked,

“How can they apply for his American passport without the mother’s signature or knowledge?”

“I don’t know. Islamically the child belongs to the father, not the mother.”

He said without looking her in the face. This is when she erupted in a frightful rage.

They were obviously going to be evicted from his uncle’s house and they returned home with heavy hearts and wet eyes.

Time was of the essence and they decided to register an FIR against her husband and his family for child abduction. She would not rest until she found her child. It was a tense moment but after some investigations, they were able to locate the child in Dubai about to board a plane to America.

The Dubai police had been alerted and the plane was prevented from flying in the nick of time. It transpired that her husband had applied for his son’s visa but entered the mother as ‘deceased’ and used a fake death certificate to prove this. Not only had he lied on a visa application but he had committed child abduction. How could a living person be declared dead with no body in sight? She found this outrageously hilarious.

She was over the moon that her son was found safe and well. All she wanted to do was hug her son, her life, her joy.

She could not care less as to what happened to her husband or his family. He was a complete non-entity to her. She flew over to Dubai to bring her son home and move on with her life. As she reached the police station with her family, she saw her son and smiled widely as tears fell down her cheeks.

He was busy playing with some toys and keeping the staff amused, but as soon as he saw her he laughed and squealed “mama!” They both hugged each other and she felt whole again, putting an end to her nightmare.