Zimbabwe’s trip to Pakistan must not be taken lightly 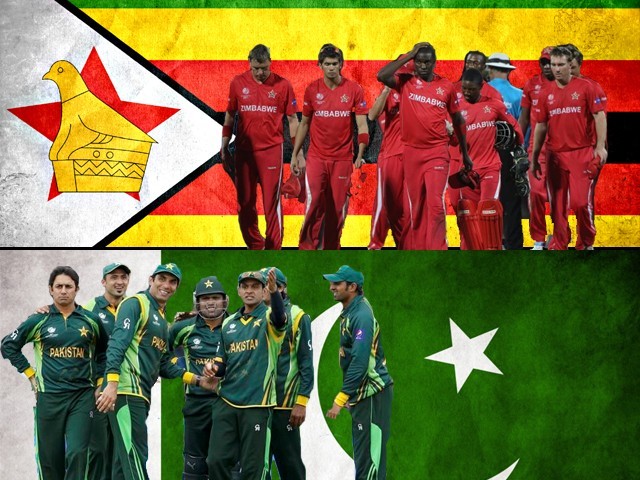 Team Zimbabwe will land in Lahore on May 19 to play a series of three ODI and two T20 matches.

There was a time when Pakistani fans could see their fast-bowling maestros – like Imran Khan, Wasim Akram, Waqar Younis and Shoaib Akhtar – pierce through the wind and attack the opposition with all their mighty force, live, in front of them, in their own stadium.

There was a time when people could witness Shahid Afridi’s magnificent sixes or Javed Miandad’s stunning innings on Pakistani grounds. Unfortunately, over the past six year, no international team has come to Pakistan to play a series with our national team. And as such, Pakistani cricket fans have been deprived of this chance to see their national team in action.

However, this barren cricket-less spell is about to come to an end. Finally, an international cricket team has decided to tour Pakistan. It will be a scene of tremendous pride and happiness for the nation to see its beloved players take on Zimbabwe’s team on Pakistani ground.

Zimbabwe is all set to become the first full-member nation to tour Pakistan ever since the Sri Lankan side was attacked on March 3, 2009. Events from that dark day are still as clear as crystal in my mind. The Sri Lankan team was travelling to Gaddafi Stadium (Lahore) to play the second Test match against Pakistan. However, before they could reach the stadium, the bus carrying the Sri Lankan cricketers was fired upon by 12 gunmen. Six Pakistani policemen and two civilians were killed in that attack, whereas the Sri Lankan team was saved by the bus driver, Mehar Mohammad Khalil, who drove valiantly to protect his passengers.

It was a complete security lapse; the government and security agencies were heavily criticised for their inability to provide proper security as they had promised. And the aftermath of this attack saw Pakistan isolated from international cricket at home. Not just this, Pakistan was also stripped off of all rights to host the 2011 World Cup matches.

But what’s done is done. It is time for us to look forward.

Similarly, PCB Chairman Shahryar Khan must be admired for his efforts to persuade the Zimbabwean side to tour Pakistan. Zimbabwe Cricket CEO Alistair Campbell gave a green signal to the series after a one-day visit to Pakistan where he inspected all the security arrangements.

But this event must not be taken lightly.

The government and the security agencies must work hard to provide a safe tour, so that this series can become an example for other teams to visit Pakistan. We need to make sure that our stadiums are checked and cleared before players enter the building; we must make sure that before the team leaves their hotels for the stadium, their routes are checked and managed appropriately, and we must also make sure that proper exit measures are in place in case of an emergency.

Likewise, apart from the security concerns, team Pakistan must improve its performance, as it stands at a mediocre ninth place in the ICC’s ODI rating, which is absolutely unacceptable.

Our batting line needs to be developed according to modern attacking techniques and in doing so, our selection committee should give attacking batsmen like Hammad Azam, Sohaib Maqsood, Sami Aslam and Mohammad Rizwan more chances. Also, Mohammad Hafeez needs to up his game, as ever since he has been cleared, his performance has been mediocre at best. Yasir Shah needs to be inducted in the team, in order to harness his Saeed Ajmal-esque skills – as Ajmal’s game seems to be going south ever since his action got modified. Alongside this, young pacers like Imran Khan should be tried in ODI’s as well.

Team Zimbabwe will land in Lahore on May 19 to play a series of three ODI and two T20 matches. The T20 matches are scheduled to be played on May 22 and 24, and the ODIs on May 26, 29 and 31. The team will fly back on June 1. I hope that it will be a joyful series for all Pakistani cricket fans.

If a match is taking place in your city, make sure you go and watch it. This is, after all, a historic achievement for Pakistan, one that must be celebrated.