Why is it acceptable for Indian companies to abuse Indian migrants in the Middle East? 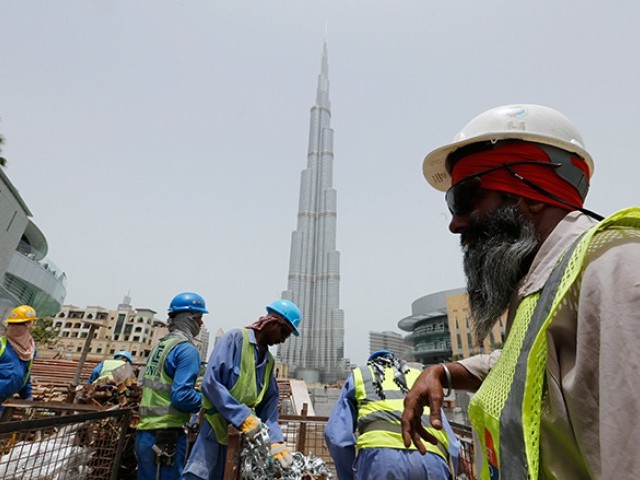 This is a scandal by the Indian industrialists and businessmen against their fellow countrymen and it needs to be stopped, once and for all. PHOTO: REUTERS

In the southern coastal belt of India and the Malabar side, there has been an obsession among youngsters to flock to the Middle East for a better livelihood. The trend embarked in the late 60s, as a result of the oil boom in most parts of the Arab gulf region.

With a shortage of labour force at home, the requirement for semi-skilled and highly-skilled labour from third world countries elevated and thus began the influx of thousands of workers from India, Pakistan and Bangladesh. Initially, in the early 70s, Kuwait and Bahrain attracted huge labour force as massive oil extraction work was in progress, and later on Saudi Arabia, Qatar, Libya, Oman and United Arab Emirates emerged as the oil rich hubs of the Middle East region.

Most of the pioneering work force benefited, as most of the oil-and-gas and civil-related projects were undertaken by European and American companies. The pay scale was reasonable; moreover, safety and health standards were high, creating a viable working environment. But things began to slide down post-80s, when several Indian sole traders and private companies sprang up, employing unskilled labour, usually for a paltry remuneration.

The private Indian management flouted all labour welfare measures enshrined by the Middle Eastern governments. Suddenly, Middle East seemed no longer the ‘road towards richness’, and the exploitation of workers proceeded.

In the following years, as India’s population exploded, it had its direct effects on employment and resulted in rampant poverty, making a day’s meal hard to meet. This forced large chunks of young men to venture into the Arabian Desert, and leave behind their agonies in order to feed their loved ones. Their desperation and hardships back home were duly taken advantage of by the employers, as any amount of wage would be thankfully received with both hands, without the slightest protest.

This wave of gulf procession created a vicious network of employment agents across India, operating with a sole objective of duping the workers with false promises, illegal fee charges and bribes. These employment agents kept a strong nexus with Indian employers and business owners in the Middle East, with a mutual benefit for both the parties. This evil network still thrives and continues to carry out their activities with impunity. Disturbingly, the Indian government has turned a blind eye and failed to recognise this as a crime, as its own officials are often well-fed and bribed by the agents.

Interestingly, the Middle East too makes tall claims of its infrastructure and industrial progress, which are often exaggerated. In particular, take the case of Dubai; what one sees in downtown Dubai sharply contrasts its other side that exists beneath its gigantic towers and luxurious hotels (especially the industrial area and the civil work sites). Unfortunately, the downtown Dubai is the real deal and the rest of it, which one sees in the form of skyscrapers and colossal shopping malls, is all bogus.

The flashy Dubai is built with the blood of ill-treated workers. Most of the workers are either illiterate or uneducated and emerge from extremely poor backgrounds. They are accommodated in tiny unfurnished rooms with five to eight other members; this makes life extremely uneasy and uncomfortable. The food is prepared through camp mess; some Indian companies never stress any importance to this aspect. The food is often unhygienic and unsanitary, prepared in bulk with least preference to taste.

Most of the workforce takes jobs mainly because they are left without options. It’s the hunger back home that drives them to accept such working conditions, in greedy, uncongenial and employee-unfriendly companies, despite distress. The management of most Indian companies function with their own whims and desires, leaving no authority to question them.

This is a sad reality and the true state of most Indian-run companies here in the Middle East, which involves massive worker exploitation, harassment, delayed payment, dreadful safety standards and health facilities and lamentably modest wages, insufficient, nearly half the amount promised by agents during recruitment.

This is a scandal by the Indian industrialists and businessmen against their fellow countrymen and it needs to be stopped, once and for all.