Salman Khan case: We will eat grass, but still worship our stars 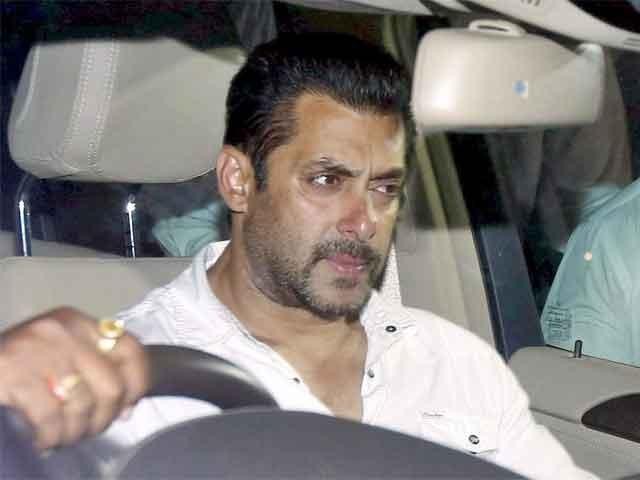 Bollywood actor Salman Khan sits in a car as he leaves a court in Mumbai, India, May 6, 2015. PHOTO: REUTERS

Indian law is not blind; it is a slave of the rich. The events that have unfolded in the last few days have exposed the age-old vices tormenting our country – favouritism and nepotism. It has been a disgrace and a mockery to the rule of law in India as the world carefully observed and laughed at the emerging superpower.

“If Hitler had appealed to the Bombay High Court, he would have been a free man, free of all charges.”

In a nutshell, Salman Khan’s recent verdict says it all about the Indian system – the rich and powerful can get away with anything. It’s not just the judiciary unveiling its impotency and vulnerability to political pressure that has set the mighty egomaniac star free once again. The star’s deranged fan base jumped, danced and wildly rejoiced in the streets distributing sweets and exploding crackers once the final verdict was announced. They would eat grass, but wouldn’t ingest their heroes being convicted of wrong.

For instance, I recently came across a blog on The Express Tribune titled ‘Six reasons why Salman Khan does not deserve jail time’. For those fans and Bollywood celebrities who adore the highly advertised ‘Being Human’ image of the star, you need to be aware of the fact that if you dare to turn against him, your idol can ruin your life forever, as he did so to constable RavindraPatil, the prime witness in the case.

Humanity is far from being human; one has to be humane and compassionate, as the word ‘human’ is just a noun and Salman is just endorsing an apparel brand. As for the enormous charitable work for which the mega star has been hyperbolised by his fans, under the legal framework, even Mother Teresa could have been jailed if convicted of ‘rash driving’ and ‘culpable homicide’.

He may have donated crores to humanitarian work and also initiated charity movements to foster the poor and the weak, but the fact remains that Salman neither had compensated nor contributed to the victims affected by the accident.

Moreover, his humanity level varies and contradicts at different times. On that fateful evening, as his car rammed over the pavement and ran over five people, killing one and seriously injuring four, the ‘humane’ superstar didn’t bother to rescue or help the victims or take the effort to inform the police. The intoxicated star sat in his car and vanished from the scene straight to his mansion. Indeed it must be hard for a die-hard fan of any superstar to condemn their heartthrob and comprehend their evil side.

Hits can happen due to negligence, rash or drunken driving, and to err is human. But runs happen merely due to arrogance and power, or a total confidence in the corrupt system which can guard the rich and the mighty and loot the poor. The gutsy and flamboyant onscreen hero, who beats a dozen hefty men with his bare fists as the casualties lay shuddered, the star runs away from the crime scene out of fear.

The hit and run case that has been haunting the superstar and his fans for 13 years, could have been winded up a decade ago. All Salman had to do was respect the rule of law and the sentence. Eminent lawyers and their masochism may have relieved the star for the time being but the dagger continues to hang.

Salman could have gracefully accepted his five-year sentence and could have curtailed three years from it. Instead, the ‘human’ Khan chose to constantly bluff his way in court, further tarnishing his off-screen image. The honourable Khan should have accepted the court’s five-year verdict, spent two years in imprisonment and compensated the poor victim’s family. Instead, he chose to avoid the dark part and hired lawyers to manipulate the case, destroy the evidence and therefore lie to the entire nation.

The episode also helped unmask Bollywood’s arrogant and fanciful planet in which it dwells, which seems to be confused between the reel and the real world. One can get glimpses of such a mindset by looking at the remarks made by playback singer Abhijeet Bhattacharya and Salman’s cousin Farah Khan Ali. The Bombay film industry works on a cartel system as one film dynasty fosters, shelters and guards the other, and thus the combination of handful families have successfully monopolised the silver screen for ages.

Before watching Salman’s movies, one has to be a fanatical admirer of the actor. Salman’s era of 25 years in the industry has yielded mediocrity, stereotyping and hero worshipping. It’s the outpour of crowds that barge into his Friday releases that has kept the haughty superstar firmly in the limelight – mounting exorbitant profits for the producers, making him the most bankable star in the industry.

The most brightening aspect in this resentful episode is the large heartedness displayed by the deceased’s family. They appeared grieving on television and pleaded the superstar for some modest compensation – after all, ‘Being Human’ is generous enough to lend some. A contradicting feature of the Indian society, with its loud and imperious rich and benignant and humbly poor. One can find this kind of compassion from the pavement dwellers that is vacant in occupiers’ of mansions.