Zulfiqar Mirza and his abuse of power 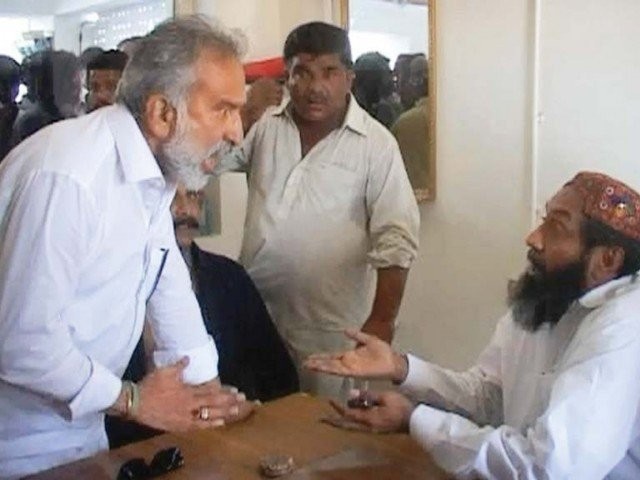 On May 3, 2015, Zulfiqar Mirza marched into a police station, allegedly harassed and bullied a police official and then took along with him a few of the prisoners as he left. Because of this, the police charged him under an anti-terrorism clause and decided to arrest him.

As policemen approached his farm house, a whole army of his goons came out to protect Mirza. As a result, he was granted a pre-arrest ‘protective bail’ on May 4th , which was extended to May 9th on Wednesday by the Sindh High Court. According to rumours, the extension has been put in place because Mirza had threatened to hold protests in Badin if he were arrested.

According to Mirza, he ‘preferred death over arrest’.

This whole issue erupted after police officials took Naeem Mughal – one of Mirza’s aides – under custody to question him about a car theft case which was reopened against him. The very day he was arrested, Mirza and his cronies ransacked the Badin police station; they broke the DSP’s furniture and phone after he refused to lodge a case against the SSP for arresting Naeem.

The video of this entire scene has been circulating on social media for quite some time.

Events like these are now becoming too commonplace in Pakistan. We regularly blame mullahs and their madrassas for producing extremists and criminals alike but have we ever considered the possibility of criminals who reside between us? We just refuse to consider them wrong! Unfortunately, this has been the biggest problem with our society. We would consider people like Shafqat Hussain a criminal without a question but not people like Zulfiqar Mirza – just because they are politicians.

Yes, for me, Mirza is in the same league as any other criminal.

The fear of getting placed on the hit list of a politician is too gripping and renders one incapable of doing any good. This should not be the case. We need to stand up against people like Mirza because we simply cannot allow goons to govern our cities.

The one thing that astounds me far too much is the fact that the former home minister had the audacity to not only showcase his power, stash of weapons and extremism but he also expected the police to ask for forgiveness later on.

People like Mirza rise to power only because of the huge amount of support they receive from the public. Once they have smelled the aroma of power and scent of support, they become notoriously corrupt. They forget what their purpose is and prefer only to strengthen their own fortresses later on.

The only way that I believe we can bring change is if we stand against such people like a united force. We cannot let brutes take over the country and destabilise our government. The police force – albeit inept and ineffective – is a part of our legal institution and no one should have the power to override them and harass them like Mirza did.

The police deserve a round of applause for their attempt to do what is right.

People like Mirza can easily destroy our feeble law enforcement system since it is easy to tarnish it by silencing the good and honest people who are striving for a better Pakistan. The DSP and SSP were after all just doing their job.

Let’s just hope that people like Mirza, who denounce, humiliate and then ask law enforcers to plea for forgiveness are held accountable for their actions and put behind bars soon.