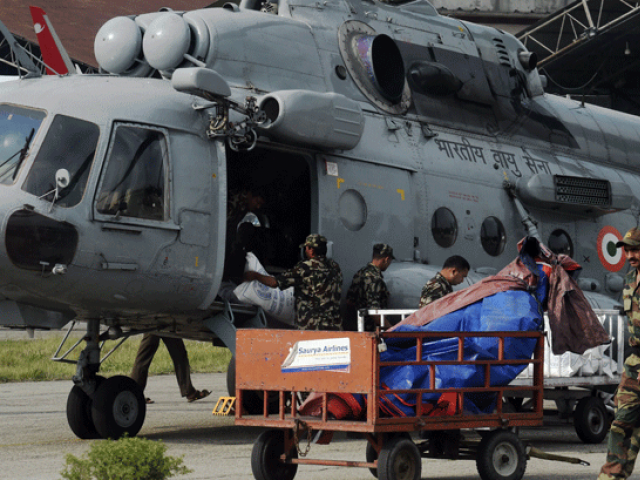 The drawback with Nepal is that our country does not fare well in global media. We hardly get covered internationally and even when we do get some media attention it is largely related to negative news – such as the royal massacre or the Mt Everest avalanche tragedy.

This time too, Nepal has made it to every headline around the world due to a travesty. A 7.9 magnitude earthquake struck Nepal killing more than 7000 people and leaving thousands injured. According to the United Nations and the government of Nepal, around eight million individuals have been affected by the devastating earthquake.

Nepal falls under the category of Least Developed Countries (LDC) and therefore, economically, Nepal’s treasury cannot withstand the devastation caused by the earthquake. Therefore, in order to recover from such a massive blow, Nepal was in need of a lot of assistance. Numerous amounts of aid, assistance and support from our neighbouring giants, China and India, were much-needed (and expected) through every step of our search and rescue programs.

Technical search and rescue teams began landing at Nepal’s only international airport, Tribhuvan International Airport (TIA) and basic humanitarian support began pouring-in to our quake-affected capital, Kathmandu and its fringe districts including the epicentre, Gorkha district, a few hours after the earthquake.

China and India sent larger rescue teams along with standby teams waiting at their international airports. The Indian team seemed to only be concerned with rescuing Indian nationals residing in Nepal. TIA was overcrowded due to hundreds of Indians waiting to be airlifted and a large number of Indian planes parked at the runway. This caused utter chaos since it disrupted the schedule of other planes that had to land. For instance, a plane from China had to be sent back because the airport was overflowing with Indian planes and passengers. A TIA official stated that TIA was virtually being controlled by Indians.

The reason behind this gaping difference in rescued people was that the Indian aircraft was only concerned with airlifting Indians; moreover, they reported this incident on Indian news channels under the pretence that Indians are rescuing Nepalese survivors – and not just Indian nationals. Apart from this incorrect coverage, India has been vocally anti-Pakistan since the beginning of this tragedy.

Online media reported that India hinted to the Nepalese foreign ministry to not allow Pakistani support through, ensuring that India would do everything instead. However, the foreign ministry did not oblige to India’s request and Pakistani aid started to pour into Nepal, in the form of sacks of eatables and relief materials.

The Indian media kept a close tab on Pakistani goods and searched every possible loophole to blame the Pakistanis in some issue or the other. Later on, the Indian media reported that Pakistani relief materials contained ‘beef masala’. This became a topic of controversy since the relief packages were sent to a Hindu-majority republic.

“There was no beef content in the ready-to-eat food dispatched by Pakistan to Nepal.”

Despite this official clearance on the accusation and no statement by Nepal, the Indian media are turning the issue into a propaganda aimed at derailing relations between Pakistan and Nepal. Many Nepalese were saddened by the Indian propaganda which was aimed at damaging Nepal’s proximity with Pakistan.

Officials at the Nepalese Press Council, Nepal’s media monitoring authority, and the former chairperson of the organisation of Nepali journalists, Suva Gaule, and many other Nepalese were critical of India’s anti-Pakistan activities in Kathmandu, as reported by Nepal’s popular online news portal onlinekhabar.com.

Instead, numerous famous artists and citizens staged a demonstration against unnecessary Indian interference in Nepal.

Nepal is a Hindu-majority Himalayan nation; it is not a ‘Hindu kingdom’ as described by India’s Zee News. Nepal is a federal democratic republic as well as a secular nation. True, the Nepali Civil Code Amendment 1990 has made cow-slaughtering punishable by 12 years in prison, but, it does not mean imported beef items are completely banned. No Nepali law states a ban on beef items from foreign countries. At present, Kathmandu’s star hotels import beef items to serve foreigners.

The entire point of sensationalising such a petty issue only reflected badly upon the Indian government, not Pakistan.

The author tweets as @birat_anupam