Is a secular Pakistan the answer to our problems? 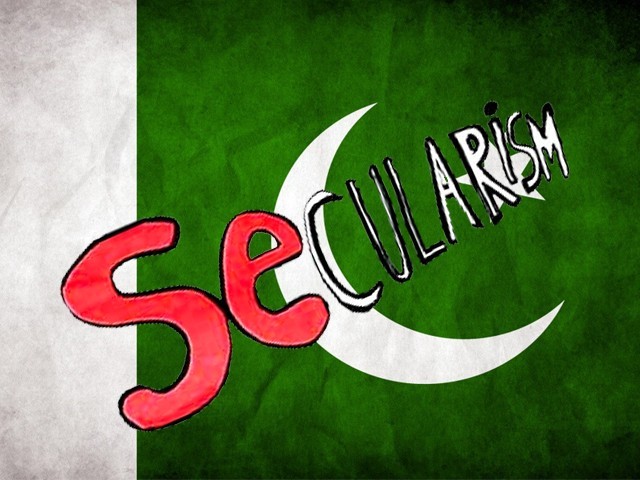 Laws based on reason and not faith will lead us to the path of liberalism. Only after that will we be ready to declare Pakistan a secular state.

And now, since they have nothing better to do, the powers that be have fired another tester round in the sky out of the lame notion of keeping themselves busy in the business.

A 17-judges bench headed by chief justice of Pakistan, Justice Nasirul Mulk, contemplated vigorously on Monday as to how Pakistan can be declared a secular state. Some suggested getting it done through the constituent assembly, while others advised to hold a referendum.

Going with the definition of secularism, it is defined as,

Contrarily, what we see here in Pakistan is a government that infuses religion in every sphere of its running, notwithstanding the guidance provided by Muhammad Ali Jinnah, who envisaged Pakistan as a modern state.

On August 11, 1947, Jinnah delivered his renowned speech elaborating clearly that,

“Tolerance and goodwill that the great Emperor Akbar showed to all the non Muslims, is not of recent origin. It dates back 13 centuries ago when our Prophet (PBUH) not only by words but by deeds, treated the Jews and Christians after he had conquered them, with the utmost tolerance and regard and respect for their faith and beliefs. The whole history of Muslims, wherever they ruled, is replete with those humane and great principles which should be followed and practiced”.

Our leaders have circumvented Jinnah’s vision of a modern state ever since his demise and put no efforts of their own to crafting a secular strategy for Pakistan. Nurturing the already born ghost of Islamisation during the Kashmir war of 1947-48, Prime Minister Liaquat Ali Khan changed the name of the state to ‘Islamic Republic of Pakistan’. And then, the final blow came from General Ziaul Haq, who set the nation on an unending path of fundamentalism by strengthening religious parties, establishing Sharia Courts and introducing the concept of jihad amongst the youth.

What our leaders are failing to fathom is that Pakistan today is a complex compound of ethnic mixture blended with the element of Islamisation. A nation who carries fundamentalism in its blood, radicalism in its society and religiosity in its political ranks cannot be transformed to secularity just by changing its name. They don’t understand the simple phenomenon that changing names don’t alter the ideology of a nation.

Burma couldn’t curtail her crises after becoming Myanmar. For a real change, grass roots of the problem have to be gotten hold of. Turkey didn’t just term itself secular, she amended laws of the land accordingly and ensured their implementation in letter and spirit. Benazir Bhutto talked great about secularism but couldn’t enforce her vision. The concept of enlightened moderation presented and hailed by General Pervez Musharraf also did no good to the nation.

Both Bhutto and Musharaf failed in their attempts for making Pakistan a secular state only due to the reason that their concepts lacked proper planning and honest implementation. They didn’t understand that the problem lies in the laws and not in the name. They seemed oblivious of the fact that our social spectrum is rife with fanatics, where ignorance is a scarce commodity.

We live in a society where fathers don’t tolerate their secular sons and people who eat or sit with infidels are seen with sheer hatred. Where churches are bombed, temples are burned and minorities are massacred under the garb of blasphemy. Where people are used in the name of religion for political gains and scholars are slain for their affiliation with other sects. A nation who doesn’t even tolerate followers of opposing sects and ethnic groups can never be secularised merely by naming it secular.

Ironically, our political and bureaucratic elites have failed to comprehend the dynamics of a true transformation. Changes don’t occur on spur of whims – rather a great deal of effort, honesty and selflessness will have to be put in. We need crucial reforms to instil the element of secularism into our society. The entire social system has to be revamped by turning it upside down from legislation to laws, education to implementation, planning to policies and government to governance.

Laws based on reason and not faith will lead us to the path of liberalism. Only after that will we be ready to declare Pakistan a secular state.

The author is a retired military officer with more than 17 years of operational experience. He has a Masters degree in Criminological Sciences and is now a political analyst. He tweets @Sangharian (twitter.com/Sangharian)

Perhaps pick another venue for IDEAS 2020?