Pakistan needs to stop spending on its defence so much 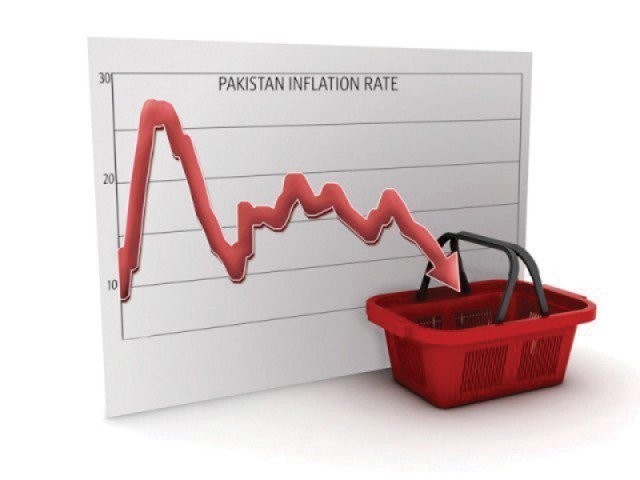 Dar-nomics has a once-in-a-life time opportunity to steer the country and fix its structural issues. CREATIVE COMMONS

It was October 30, 2003 – 11 and a half years ago – when someone at The Economist penned an article titled Pakistan’s economy: Feeling undervalued. For the next three years, every Taimur (Tom), Danial (Dick) and Haris (Harry) praised and rejoiced the unprecedented economic growth rate in the history of Pakistan.

But what happened with the West’s financial press that suddenly – and finally – people started taking about a Pakistan with something else to offer than its role in War on Terror?

The answer is surprisingly simple; falling oil prices – and the economic growth that followed suit.

In the fiscal year of 2014, Pakistan spent a whopping $14.7 billion on petroleum imports. An assumed sustainable fall of 40 per cent in the global oil prices saves an enormous $6 billion a year (assuming the import quantity remains the same). Of course, at such attractive levels, the demand is ripe to increase by 20 to 30 per cent. Even then, the country may be able to save $4 to $4.5 billion a year conveniently.

This is something which our government should understand and use to Pakistan’s advantage.

Dar-nomics has a once-in-a-life time opportunity to steer the country and fix its structural issues. With the amount of money saved from buying economical petroleum products, our government can bring forth a much-needed growth – both in terms of financial and developmental projects. The economic progress over the next two years shall determine the fate of the upcoming elections due in 2018.

But with every hope, there is a lingering chance of disappointment.

The current government has been boasting about maintaining the year-on-year inflation number to 2.11%, but the truth is, the credit solely goes to Uncle Sam’s hydraulic fracturing and decline in global agricultural markets. Don’t believe me? Well, you will be surprised to know that we pay more for wheat, rice, sugar and milk in local markets than their prices in the global markets. Put into numbers, our citizens pay 20 to 30 per cent more than international prices of these products. Why? Because politicians will be politicians – they want votes and thus they increase import duties on these products to deliberately inflate the landlord’s fatter pay-cheques (as they steer the vote banks) and transfer the onus on an already cash-strapped middle-income class.

So why wouldn’t the inflation rate go down?

But whether people are suffering because of this is not the government’s concern. No sir.

The money saved from the falling oil prices will not only be an effective tool to cushion the foreign reserves-hungry economy of Pakistan with a substantial $4 to $4.5 billion annual saving but will also contribute to a marked reduction in financial costs that the government pays on domestic loans. With the total domestic loans hovering at Rs12 trillion ($115bn), God’s gift (read: falling oil prices) has given the cushion of a three per cent cut in the interest payment, resulting in another $3.5 billion or so reduction in ‘national expenses’.

However, the government is least concerned with providing relief to its people.

In fact, Dar-nomics realised the benefits consumers were gaining from the falling oil prices and decided to increase the sales tax on oil-related products in order to negate further profit to the middle and business class.

With so much going in favour of the governors, it really would be a shame if Pakistan’s managers fail to capitalise and continue to engage in their own dull version of Game of Thrones.

With less than two years into the government, Pakistan Muslim League-Nawaz (PML-N) has sold all of the major gooses which laid our golden eggs; HBL ($1bn), UBL ($387mn), PPL ($155mn) and ABL ($120mn) along with the 3G and 4G auctions fetching another $1.1bn. There really isn’t much left for Ishaq Dar to put up on sale.

The real test for the government was to cure the cancer of its economy – PIA and Pakistan Steel Mill – which seems to have been largely ignored so far.

All that cash is pouring into the government’s purses and not in ours. And where is the government investing all that money in? Defence, of course. The government has already decided to allocate $1 billion towards purchase of helicopters from US, +$500 million for another 50 JF-17 Thunder and a yawning sum of $4 to $5 billion to induct eight naval submarines. So, to those optimistic readers who were hoping for a sharp pedal to jump-start the economy in a jiffy, well, quit deluding yourself. The jazzy new military equipment is, to a larger extent, necessary to count the rhetoric of Pakistan-bashing Mr Narendar Moody (I apologise for my poor spelling but not for the factual depiction) but the extent of the diversion of resources could have been slightly muted.

Men-in-uniform could have still survived (cough) on the 110-120 nuclear war-heads but that investment, if directed to the power sector, would have definitely generated 3000-3500MW of electricity to actually en-lighten  all of Pakistan.

In order to appease the lenders, Dar has already engaged into a fiscal tightening mode under which his numerous slaps of taxes have become really troubling for businesses and consumers alike. He may receive a pat on his shoulder from his highnesses for keeping the fiscal deficit below five per cent but this was the very junction at which development funds should have been enhanced and not slashed. On one hand, we are relentlessly busy borrowing – a mild version of begging – from lenders and the mighty China to give us money so that we could have electricity in the 21st century and on the other hand, we are stuffing our already capable, equipped and finest men-in-uniform with more military equipment.

In 1945, Korea was bifurcated into two territories along the 38th parallel – North and South. The former is a military might while the latter is an economic might. Individuals, as well as institutions, in whose hand is the steering of the country always face a choice between the two. In the past, we have emulated – and surpassed – the North Korean military advancement. It is high time to take South Korea’s entrepreneurial vision and head northwards to the league of emerging economies.