Pakistan needs to bring its aggression back 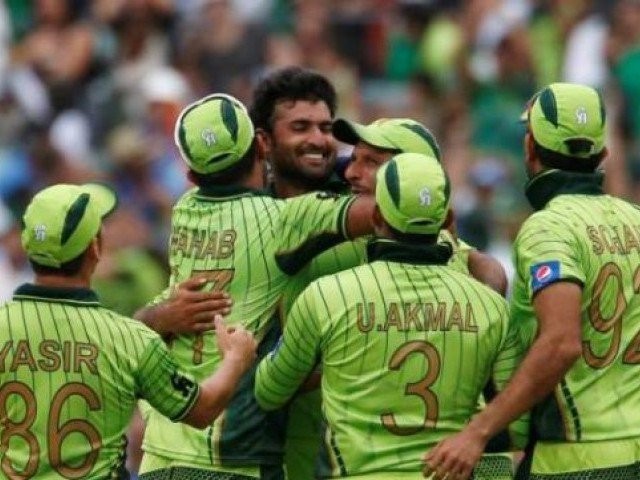 There are times when nothing goes your way. When you lose at every stride and luck seems to have faded away from the stars, and it feels like nothing is going to change. Pakistan cricket team is going through such a phase.

After a lacklustre World Cup, this nation was expecting for a turnaround with the arrival of young blood, but those expectations were crushed a little too soon. We not only lost to Bangladesh after 16 years, we were “Bangla-washed” in the ODI and T20 series and believe me, being a diehard fan, seeing Pakistan lose like this is excruciatingly painful.

However, Pakistan losing matches was not an entirely unexpected scenario.

Some of us did believe in the possibility that we would lose quite a lot of matches – since our team lacks experience and direction. Some of us hesitantly thought of how Pakistan might not qualify for the 2017 Champions Trophy because we would end up at ninth place. And some of us also thought about how, if we keep on losing games after games, we will eventually not be able to get through to the qualification round for the 2019 World Cup. But no one thought it would start happening this soon, right after the World Cup.

In order for us to qualify for the Champions Trophy, we need to win at least nine out of the upcoming 11 ODIs before the September 30th deadline – otherwise, we can kiss our participation good bye. And the state in which our team is in, I highly doubt if we will be able to win nine ODIs.

When surrounded by adversity, people often look for a positive side – something that can spark new hope and reincarnate the system with a new life. That hope might not be enough to give you your glory back but it can surely be a beginning of something to look forward to. For Pakistan, that positive side is its bowlers, who have been a ray of hope for the team on multiple occasions, even when there is no logical reason to believe in hope.

And it is here that our team needs to work, if we wish to even entertain the idea of winning the upcoming 11 ODIs.

Here is what our bowling side has to offer right.

Wahab Riaz, after his spell against Watson, remained the talking point for everyone for a long time. His performance against Australia was something that brought out a spark for this nation. It had that onslaught, that aggression and that flavour of a young, aggressive Pakistani taking on the world champions, in their own backyard. Wahab’s spell was a real example of what this nation is capable of, and how we act when the chips are down. His spell was something new for the viewers but it wasn’t out of character for the Pakistani team.

As Ramiz Raja wrote in his article on EspnCricinfo, it is in our DNA to show aggression; that attitude of “if you hit with me a rock, I will hit you back with a brick” is just something that runs in our veins.

Wahab’s performance was a glimpse from the 90’s, when we had two formidable “Ws” who would take the world head on for their team. They used to run in with fire, with an attitude to annihilate the opposition with a fierce pace.

But looking at Wahab’s stats throughout his career, they do not reflect the kind of charisma that he shows on the field. And why is that so? Well, there can be only two logical answers to this in my view.

1. He is a bit-and-pieces bowler

2. He is not being given a chance to show his talent

Personally, I believe the second one is more pertinent. The fact that our current bowlers are not of the same quality as the ones we used to have before, yet we were able to put nearly every batting team under pressure in the World Cup, goes to show our bowling merit.

During Misbahul Haq’s era, Pakistan became too heavily dependent on the spinners – so much so that we stopped taking fast-bowlers as an attacking option, and this cost us heavily after ICC banned Saeed Ajmal and Mohammad Hafeez one after another.

Pitches not compatible with our pacers

However, after the World Cup, when we stopped depending on the seamers all together, our fast-bowlers strike rate, while playing at home, dropped to 38.5 and our spinners’ showed improving reductions to 41.2.

The above mentioned statistics show that even on batting-friendly pitches, our pacers were able to give excellent performances. However, for some unknown reason, we started creating slow and low pitches, which offered none or very little assistance to fast-bowlers.

Arguments that people make for creating such pitches are:

1. UAE is our makeshift home-ground, and since the pitches there are foreign to our bowlers, there is nothing much that we can do about it.

2. Pakistani batting is too weak to play on supportive pitches.

For me, both arguments are flawed.

First of all, once you have played in a country for nearly seven years, you should be able to create a track which would facilitate fast-bowlers. If I entertain argument number one, then how would PCB explain our performances against England in the Test series (especially in the second Test), where we ended up whitewashing them comprehensively? I am not saying that an Abu Dhabi or Sharjah pitch can be turned into a WACA pitch in seven years, but with better management and better vision, it could have been a bit more facilitative.

As for the second argument, it is baseless because I believe that Pakistan always plays better when the pitches have something for everyone. That’s why we were able to beat South Africa on their home-ground in 2013, India on their home-ground in 2012-13 (where the pitches surprisingly were more useful for seamers) and victory against South Africa and Zimbabwe in the recent World Cup. Both of our major tournament triumphs (the victory of 1992 in Australia and the T20 victory in 2009 in England) came on pitches that had something for everyone, which proves my point that we can thrive in testing conditions as well.

A compromised Ajmal and an out-of-charm Hafeez

Seeing Ajmal and Hafeez’s performances after their action got remodelled, I don’t think they look anything like the bowling gods that they used to be for Pakistan, and so far, there is no reason to believe that they will be ever as effective as they were, since usually when bowlers make a comeback after remodelling their action, they end up losing their grip and hence give shabby performances.

All of this leads us back to the primary elements of Pakistani cricket – aggression, passion, pace and a roaring attitude. We need to reverse the trend of focusing on spin bowling all together. We should look for creating pitches that are more fast-bowling-friendly in domestic as well as international matches, which will bring our mighty fast-bowlers back into the game and will surely help Pakistan as well.

We might not have Waqar Younis, Wasim Akram and Shoaib Akhtar anymore, but that doesn’t matter, because other countries do not have that quality in their ranks either. But we do have the aggression of Wahab, the passion of Irfan, the swing of Junaid Khan and Rahat Ali and the yorkers of Sohail Khan to take any opposition down, on any given day.

All they need is a little polish and a comprehensive vision.