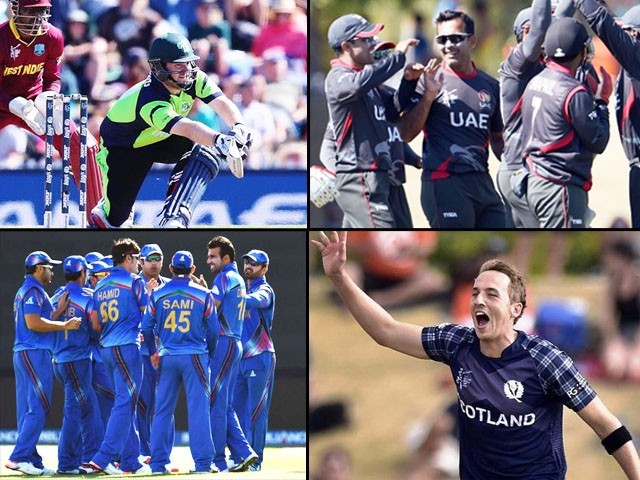 The energy, diversity, and freshness of cricket’s emerging teams must be nurtured and developed.

The Irish cricket team has come a long way. It defeated Pakistan in 2007, England in 2011, and West Indies during the World Cup 2015. Another underdog team, Afghanistan, rose from a war-torn country to a cricket-frenzied nation.

These fascinating incidents have caught everyone’s attention and non-traditional cricketing teams have been applauded for their outstanding performances.

However, with the International Cricket Council’s (ICC) new diktat, the associate teams might not get a chance to feature in the 2019 World Cup since the ICC feels too many associate teams means a lot of uncompetitive cricket and every match should be competitive. Objecting to the ICC’s decision, Irish batsman Ed Joyce said,

“Cricket is the only sport with a World Cup that is contracting rather than expanding.”

Since the past four editions of the cricket World Cup, teams from non-traditional cricket countries have basked in a few moments of glory due to their performances. However, in this year’s World Cup edition, none of the four associate teams were able to qualify for the quarter-finals; even though they put up a brave fight during the tournament. Ireland was on the brink of qualification after defeating two full members, Zimbabwe and West Indies.

It is true that some associates like UAE and Scotland have suffered heavy defeats inflicted by their opponents, but over a passage of time they have also shown that despite all the obstacles thrown in their way, they manage to play with an effective sense of competitiveness.

One of the reasons for this problem is the lack of cricket played between the associates and established members. One cannot expect someone to face the likes of Dale Steyn in an instant or to bowl at the likes of Virat Kohli and Kumar Sangakkara without having played against a team with so much talent and practice.

If the ICC believes that the World Cup will lack competition due to associate teams playing, it needs to do more than just hold tournaments amongst associate teams. Serious consideration needs to be given to one or two bilateral series or a tri-series of 50-overs to be played between the associates and full-time members. This would not only give the associate teams exposure and experience, but will also boost them financially.

Every time they play against a Test-playing nation, it will draw more sponsors for them; for instance, if any team plays against India, one can automatically imagine how much revenue the associate team boards will earn through sponsorship and television rights since India has a large cricket fan following.

Though an important question arises; when will the associate teams get a chance to play?

The ICC calendar is packed with tours of Test-playing nations playing amongst themselves, and when no tours are taking place, every Test nation has their own cash-lucrative domestic T20 leagues going on. The Test-playing members should tour the associate countries or can play a tri-series at a neutral venue such as Sharjah, which has a history of hosting many one-day internationals (ODI) tri-series.

Lastly, a small window of two-three weeks could be worked upon during the off-season and an associate team can tour a Test-playing nation for a three or five-match ODI series.

Similarly, other permanent cricket boards can help the associate teams in organising tours or allowing the players to participate in their domestic leagues. Ryan ten Doeschate of Netherlands plays in India’s domestic 20-over league. Like this, more associate players who have performed well in the division two tournaments, should be considered by Test-playing members.

Over the years, associates teams have energised the World Cups. Ireland boasts of a hardnosed brand of cricket along with exuberant batting, while Afghanistan has become a cult favourites with their pace batteries.

The energy, diversity, and freshness of cricket’s emerging teams must be nurtured and developed. And ICC allowing them to play with full-time members is the best way of developing cricket globally and reaching out to these unconventional cricket countries.

With the 2019 World Cup set to happen in England, if the ICC revokes its decision, it will provide a perfect chance to let Ireland, Scotland, and Netherlands also host some games.