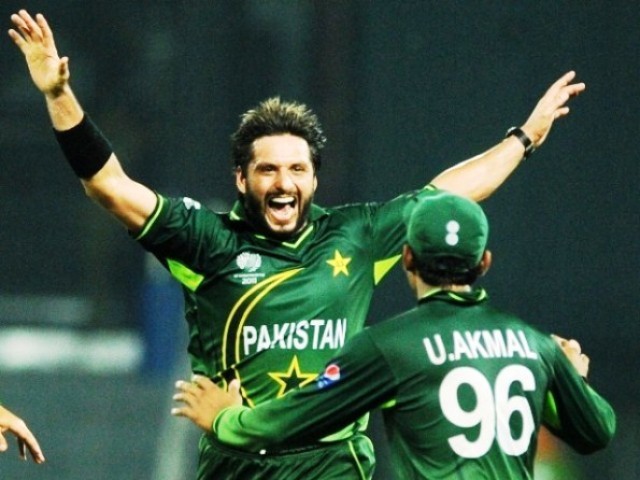 As was the case this year in Australia, Afridi’s swansong is going to be at a grand stage, just as everything else in his career has been. PHOTO: AFP

It’s been a strange ol’ week, even by Shahid Afridi’s standards. Afridi has gone from 0 to Afridi in just under the space of a week. And if that last sentence contains an excessive use of our T20 captain’s name, then I make no apologies. That is exactly how the past week has felt. After stating last week,

“The fact is that senior players are letting the team down. We can’t expect to win much with our current poor form. I want to lead from the front, and if I feel that I’m going to be a burden, then I will quit the format well before next year’s ICC Twenty20 Cricket World Cup in India”.

Many fans wondered whether the dark days of Pakistan cricket were about to get darker with Afridi’s possible retirement from his only remaining format. But to the knowledgeable viewer, it was just that time of the year again, like it was here, here and here. Overtime, one learns to take Afridi’s statements with a grain of salt. You just have to, for your own sanity.

In fact, less than a week later, that is exactly what it proved to be, as Afridi announced he will retire from the game altogether after the T20 World Cup in India. Clearly that ‘if’ was a big one in Afridi’s eyes. If anything, it has a touch of Déjà vu to it. In December 2014, Afridi announced he would step away from the ODI format after the 2015 World Cup in Australia.

Back then too, the announcement was a mere formality as Afridi crawled to the finish line. Afridi had made no secret of how desperate he was to play in the World Cup and it came with a heavy price for the Pakistan team. Many had predicted how the leg-spinner would be ineffective in Australia and the team had to bear the brunt of the decision to let him play, rather than the selectors.

And so, instead of developing a youngster for the World Cup, we left ourselves with little option but to include Afridi and the inevitable happened. Afridi suffered a disastrous tournament, taking wickets only against the minnows Ireland and UAE, while also failing miserably with the bat. His lasting image from the tournament came as he trudged off the field, caught at deep mid-wicket, after failing to display a basic comprehension of the game by not choosing to take the power-play.

It was hard to believe this was a veteran of 19-years in the sport.

So is history repeating itself? Are we destined to be dejected again? Let’s examine. We should note that in this examination, we cannot separate Afridi the player from Afridi the captain as there is little to no chance of Afridi going to the World Cup as a player in the event he is sacked as captain.

Afridi has been one of our best T20 players and a vital part of the bowling attack that made us so successful in the format. Pakistan has reached every semi-final of the T20 World Cup, barring the previous one in Bangladesh. He is the third highest wicket-taker in the format, just behind Saeed Ajmal and Umar Gul, although his bowling average is the worst as compared to the top 10 wicket-takers. 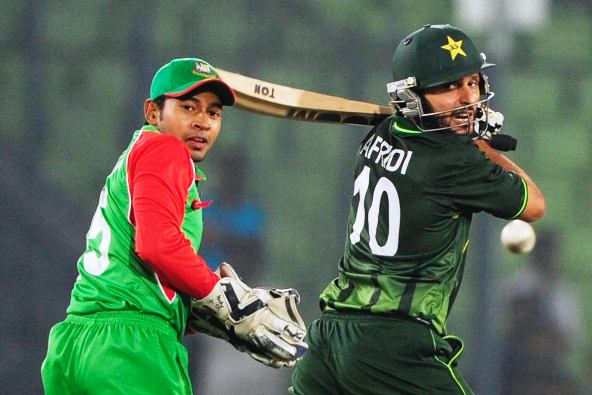 Moreover, his batting average of 18.91 is not as big a liability in T20s as his remarkably consistent average of 23 runs on the ODI team, and those 19 runs come at a remarkable strike rate. Yes, there have been signs of regression in these statistics over the past 12 months, but truth be told, Afridi has been on the decline since 2011.

He is still capable of providing us with moments that leave us in a daze, such as his match-winning sixes against India last year, or his 88 against South Africa in 2013 or his man-of-the-match performance against West Indies later that year when he scored 76 and bagged 7 wickets. 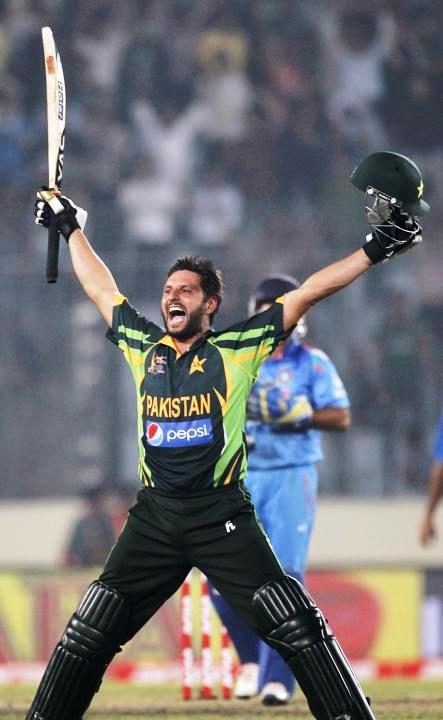 But these moments have only masked stretches of mediocrity in between. It is a pattern that all of us are accustomed to. Hence, the question here should not be about Afridi’s performance as much as Pakistan’s need in the coming World Cup.

Crucially for Afridi, this World Cup is in India, where spinners are worth their weight in gold as opposed to the ODI World Cup in Australia. Pakistan’s T20 bowling attack, perceived as a seven-headed monster in its heyday, has been reduced to a toothless one. Gul is perpetually injured, Ajmal seems a shadow of his former self after reconstructing his bowling action, and Mohammad Hafeez has also just received clearance for his revamped action so we are yet to see the consequences of that. In light of this, Afridi carries the greatest burden of our attack, thus rendering him crucial for the upcoming World Cup.

Some may argue that Yasir Shah is bowling better currently; however, an in-form Shah would present a selection dilemma as he, like Afridi, is a leg-spinner but, unlike Afridi, is not very much capable with the bat. This, if anything, makes him a rival for Ajmal and Zulfiqar Babar’s spot rather than Afridi’s. In fact, Afridi’s direct rival for the spot, as it stands, is Saad Nasim, jack of all trades, master of none. For all his guts and cheekiness, Nasim just does not seem to be at the required level to play the World Cup.

Pakistan’s need, as usual, is to develop a youngster who could take Afridi’s place but the inability to do so has left Afridi as the main all-rounder in the team. With little less than a year left, there is little point in experimenting with Nasim unless the management genuinely believes they can rely on him in a high pressure situation in the World Cup against quality opposition. With the World Cup beginning in April next year, time is of the essence and it would make sense to finalise our plans than to scrap everything and start all over again.

Afridi’s record, since taking over the T20 captaincy in 2014, specifically keeping the World Cup 2016 in mind reads: lost three, won one. A small sample size, granted, but it is not a very convincing one. However, it takes just one look at the team that played the T20 against Bangladesh or the two against New Zealand to make any Pakistani cricket fan shudder. A team known for playing 6-8 captains in the same side is, all of a sudden, at a loss for any candidates.

Hafeez resigned at the end of the unsuccessful World Cup in Bangladesh, Ahmed Shehzad first talked himself out of a shot at the captaincy and then the team, Sohaib Maqsood seems to be encountering a fly buzzing in between the ears for the most part, while a question mark surely looms over the head of Ajmal. It seems, and I take no joy in saying this, Afridi is our best candidate and our only candidate if we are to lead a young side into the World Cup and avoid a repeat of our yearly mistake of recalling Shoaib Malik and Kamran Akmal. 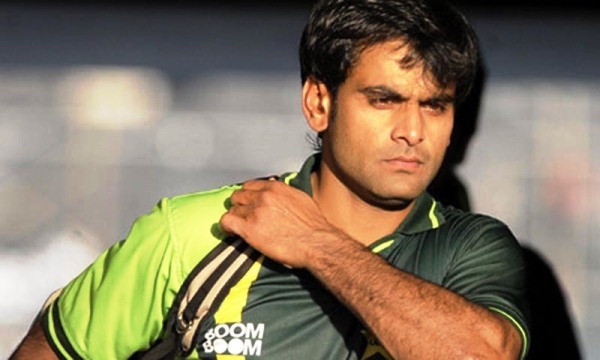 We are all well-aware of how rare it is in Pakistan cricket for a player to go out on his own terms. Granted, he has over-stayed his welcome, been dropped then clawed his way back to the team by hook or by crook, but when all is said and done Afridi will have left all three formats of the game on his own terms.

As was the case this year in Australia, Afridi’s swansong is going to be at a grand stage, just as everything else in his career has been. No one can say for sure how he will do. Fans will pray for a repeat of the heroics of 2009, the revival of the worn-out celebration copied on every street in Pakistan, but deep down, fear a repeat of this past winter. In 1996, a 16-year-old Afridi, a leg-spinner, opened for Pakistan in only his second match. What followed was the stuff of fairy-tales.

All that’s left is his fairy-tale happy ending.