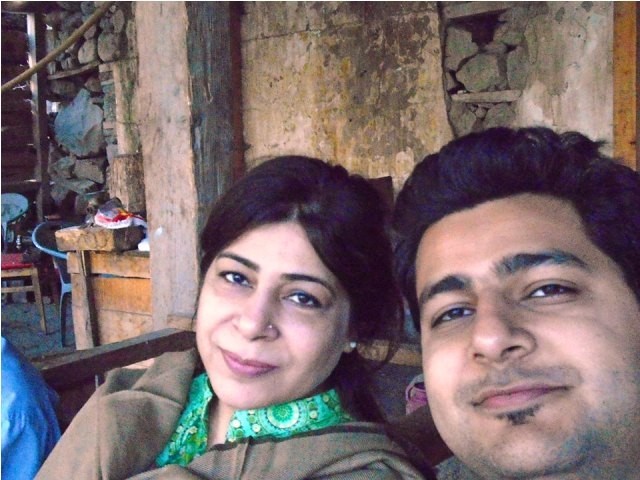 For me, my mother has been many things and more. PHOTO: KOMAYAL HASSAN

As a writer, I always find it much easier to expound upon subjects which do not concern me in a personal sense. The task of divulging ones innermost thoughts and emotions on paper, as most individuals attuned to the delights wrought through cathartic processes of penmanship would be familiar with can be a truly gruelling affair.

Other than the labour of writing on such issues, it is the indomitable fear of having oneself rudely exposed to public scrutiny, which brings in the most trepidation for a person like me. And what better way to expose oneself, than to communicate to others the accounts of the people you love most in the world?

Since love in its true essence, is an unconditional emotion expressed without motive, perhaps the only person who fulfils this criterion most equitably for many individuals, such as me, is ones mother.

I have often marvelled at the audacity or should I say confidence possessed by certain celebrated people, who venture to record their own life histories in autobiographies – accounts of their personal exploits and circumstances which are subsequently circulated en mass. In a day and age where the privilege of complete anonymity is granted only to a few, what with the advent of e-networks like Facebook (and the perennial scourge of nosy people who would not have it any other way); the prospect of voluntarily becoming the centre of attention of many, is not every person’s cup of tea.

No writing commission, however, can compare to the solemn task of recording ones thoughts relating to those who are closest and dearest; of those who are of kin and not. Many people prefer to leave such things unsaid for the natural embarrassment which might come accompanied with such passionate entreaties as these, since they can often prove to be too much of a conscience-tingler.

But in life, there are certain persons connected to oneself in such a capacity, those who have rendered such incomparable service which cannot be repaid, that to suppress emotions of reverence or devotion held for them; amounts to nothing less than a travesty of epic proportions. Again, who better than one’s own mother who deserves such ardent recognition and praise-even through indirect allusion?

For me, my mother has been many things and more.

I could dispense with the usual flurry of praise-laden adjectives in describing the person responsible for my earthly existence (as many writers usually do), but that would not do. I feel almost duty bound to state that my mother has been my steadfast champion and companion in circumstances of both mirth and pain. She has and continues to be my unflinching guide, cherisher and advocate, in a world which, as EE Cummings so eloquently puts it,

“Is doing its best, night and day, to make you everybody else…”

If I owe my achievements in life to any one person, who has confirmed faith in me in even the most tempestuous of times, and instances where I myself lost hope; it would have to be my mother.

No other person can come close to the ideal which she has carved – an assertion supported in full, by the sheer weight of experience.

I cannot number the many occasions, till date, when my mother had to compromise on her comfort and happiness, or lend ear to the vicious and spiteful advances of others, for the sake of her children. Like a committed soldier in battle, a very crude depiction I admit, which does not do the least justice, she has fought for and defended her children against the negative influences of this world. I owe not only my life but all of my feeble merits and continual state of sanity to my mother.

It is my earnest belief that of all of God’s innumerable blessings which He chooses to bestow upon his subjects, the blessing of the mother irrevocably comes first. My heart bleeds for the poor souls, the children who lost their mothers through fate’s cruelty – who cannot empathise with the experience of having been loved by one.

Should my dear mother happen to read this exposition, I would want her to know this,

I cannot encompass the feeling in words,

Which your love seems to invoke in me.

If there ever was an angel on earth,

God hath designated you for me.

I love you a lot Mama, truly;

One day the whole world will see!

May God bless the woman, who gave birth to thee.

I wish you today, and forever more, a Happy Mother’s Day.