Why do I have to tell anyone if I am Shia or not? 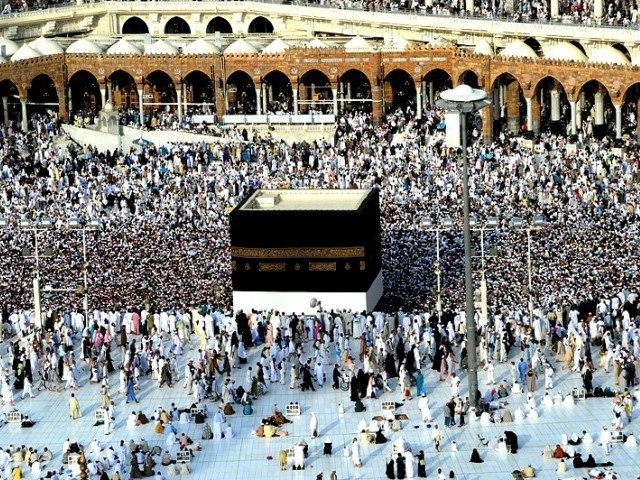 The natural course of policies made in the Kingdom of Saudi Arabia has always had a negative tilt towards the Shia Muslims of the world. Having the privilege of hosting Islam’s most sacred place of worship, they have monopolised the Islamic faith and exploited the concept of pilgrimage as much as possible. After years of exporting its ideology to Pakistan, and many other countries across the Middle-East, and creating fissures in society, the kingdom took it up an ante – since proxy wars may not always be feasible – they have created divisions even in the unifying act of Hajj pilgrimage; it is mandatory for Shias to declare their sect when applying for a Hajj visa.

While this may not be new, the purpose of this blog is to examine why such a condition exists in the first place.

As we already know the Shia community has been under siege for decades but the general inclusion of such a term not only makes their intention to divide more transparent, it is unethical and to a large extent, immoral. Some people will say this was done to facilitate the Shia women who wish to do Hajj without being accompanied by a mehram or related male. If so and there is a huge ‘if’, why not simply ask if the woman wishes to travel without a mehram?

Adding a few words to the form will not make it any heavier.

You don’t have to be a conspiracy theorist to see this as a way of registering Shia travellers and creating hurdles for their visa. Riyadh has made it mandatory for all Hajj pilgrims to declare their sect as it fears that sectarian tensions could rise in the kingdom owing to the conflict in Yemen.

In a state where Shias are killed simply for being Shias, forcing them to declare their sect on an official document is only putting them further at risk. The reported timeline of events is such: Pakistan refuses to send ground troops to Yemen to participate in Saudi Arabia’s war, there is a flurry of activity from the kingdom to put pressure on Pakistan, the Imam-e-Kaaba visits the country and just a few days later, people start putting up pictures of the 2015 Hajj forms which has this clause to further exemplify their blatant bigotry. While the addition in the form took place a few years back, with heightened tensions in Yemen, it is no surprise that this issue resurfaced. The discrimination and fear is apparent, and the pressure on Shias is only increasing. Saudi Arabia is supposedly worried about a repeat of the 1987 protest that ended with 400 people dead but conveniently forgets that those protests were not done by Pakistanis.

This discriminatory clause is but one among many in our official applications but first one to be put in at the behest of a foreign power. Petro-dollars can buy you much, even the power to divide people along sectarian lines when they are applying for an act that reduces the divisions between them. Instead of protesting against it, there is a tacit acceptance.

When there is an actual or perceived act of discrimination against Muslims by non-Muslims nations, we rise up in arms, with possible exception of China which can get away with pretty much anything including banning fasting in Ramazan because a few billions get you that impunity in Pakistan.

The latest cause of outrage is the expulsion of a 15-year-old Muslim girl in France who was suspended from class for wearing a long black skirt which is seen as a sign of Islamic influence or belief. But when discrimination is being done by a Muslim country, we stay quiet and quiescent.

What’s next for next year’s Hajj forms for marking out Shias?

I always thought Germany in 1933 was an aberration in the course of human history but are we really heading there?

Pilgrimage is supposed to be a unifying force, getting Muslims around the world in one glorious act of submission to the Almighty. It is deeply disturbing that those that claim to be the Keepers of the Kaaba are bent on creating divisions even there – deeply disturbing, yes, but not surprising given their politics and past history.

Correction: The reference to the Shia clause as being ‘recent’ was incorrectly reported and has been removed. The error is regretted and has now been rectified. Please accept our apologies on behalf of The Express Tribune.