A Pakistani won the Asian Snooker Championship, but is that enough? 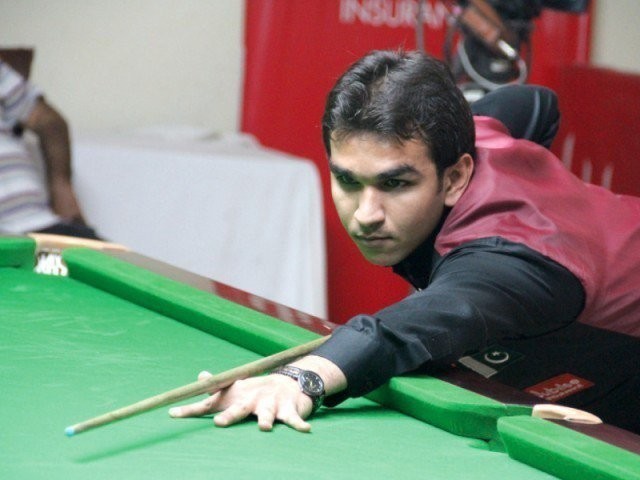 After a long and tiresome wait of 17 years, Pakistan has finally clinched the Asian Snooker Champions Title. Hamza Akbar, 22, won the nationals by beating his Indian counterpart in a nail-biting match by a margin of 7-6 games and became the youngest national champion in Pakistan.

At Kuala Lumpur, the Pakistani youngster beat two compatriots and made his way towards the finals, where he played brilliantly and achieved his dream.

Akbar hails from a modest family and he began playing snooker as a hobby. He had no idea that this hobby would become his profession someday. Starting off like any other snooker player, Akbar began his pursuit by playing at local snooker bars and gradually rising to fame until he finally received a mega boost in the form of a nationals title at the age of 19 in 2012.

Akbar defeated the Chinese player, Zhang Yong, to reach the finals against Indian maestro, Pankaj Advani. Akbar is now the second Pakistani to boast of the title ‘Asian Champion’ after Mohammad Yousaf, who proved his mettle in 1998.

ON SONG: Hamza had been in fine form prior to the final, having beaten his mentor Muhammad Sajjad 6-3 in the semi-final. PHOTO: PBSA

Snooker players put in a lot of effort into their sport, displaying their devotion and dedication; unfortunately, they do not receive much support from our government. All top players from our county have always travelled on their own expenses and they have not received even the slightest of help – up until 2013. Despite regular protests from snooker players, the government has taken a minimal amount of steps to ensure a secure future for those pursuing a career in this majestic game.

A large number of players, who had the potential to pursue the game, gave up their careers in order to pursue other sports; for instance, Misbahul Haq, who was the district champion of his region, Mianwali, left snooker for cricket.

The game is very demanding, and one needs years of practice before one can perfect ones angles to pocket the ball. Ranked as one of the most intellectually demanding games after chess, snooker ranks amongst the hardest games to master, but unfortunately very few people in Pakistan realise the importance of the game, and therefore very few players of the game are found present at snooker matches and competitions.

Muhammad Asif, one of Pakistan’s top snooker players, accused Pakistan’s Snooker Federation as the main reason for the failure of the game. He stated that the game was not getting enough support, coaching and representation as compared to other sports such as cricket and hockey, due to which players were often discouraged from playing the game. His words did not have any effect on the Pakistan Billboard and Snooker Association (PBSA) since players are still in the same situation.

The game is barely aired on television, except for international events, and there is no economic support provided to those who are passionate about the game.

Despite all these problems and obstructions, Akbar surprised Pakistanis and Indians alike by winning the Asian Championship. Taking all this into consideration, this feat deserves a shout of appreciation for the youngster who has finally brought the cup back to Pakistan and this should also encourage more Pakistanis to follow to the game.

Pakistan has great potential. Despite the gravity of the conditions of the PBSA, Pakistanis still manage to achieve feats that many others deem unimaginable. Congratulations Hamza Akbar, you have played wonderfully.

However, whether Pakistan will bring forth positive changes for the sake of survival of the game is yet to be seen.