English Premier League 2015: The good, the bad and the ugly 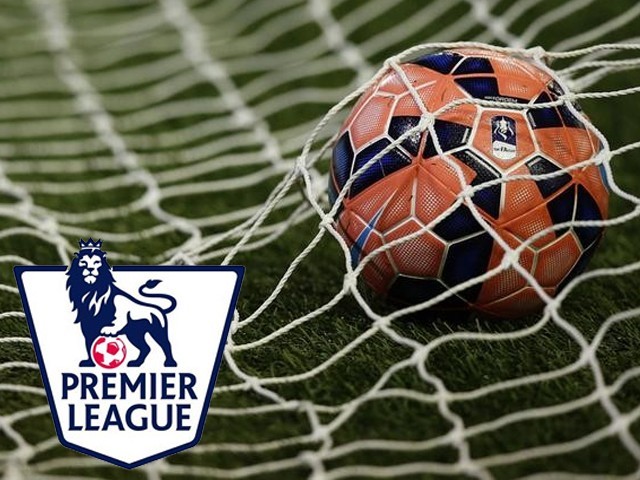 Keeping in mind the charm that EPL has, I have come-up with a list of the good, the bad and the ugly that we have so far seen this season.

With the English Premier League underway, and viewers enthralled with excitement, I can feel the anticipation for the upcoming matches seeping in wherever I come across die-hard football fans.

Therefore, keeping in mind the charm that EPL has, I have come-up with a list of the good, the bad and the ugly that we have so far seen this season.

Eden Hazard has been the key for Chelsea’s title winning campaign; he has so far won the PFA Player of the Year Award, scored 13 goals and 8 assists, and will probably help Chelsea get to their fourth EPL title. Hazard has lit up the EPL with his pace, control, technical ability and dribbling skills.

His brilliant form is heavily linked with a move to Real Madrid.

The deserving champions started the EPL with a blisteringly exhibition of exciting football, as they thrashed teams with their attacking play – especially with their new striker, Diego Costa, who took the EPL by storm by scoring some very essential goals. He was definitely the missing link for the Blues over the last few seasons. Cesc Fàbregas also started the league brilliantly, helping Chelsea in their fluid play and creating a lot of chances. He is the highest assist-provider this season.

But the team’s progress has largely been courtesy of José Mourinho’s tactics.

While Chelsea blew their opposition away in the first half of the season with their fabulous attacking football, in the second half, however, Mourinho had to change his strategy because many of his players were either injured or exhausted. This change in play showed Mourinho’s maturity as a team manager as he rightly implemented his defensive tactics of trying to grind out results, in which Branislav Ivanović, Gary Cahill and John Terry played integral roles – especially Ivanovic, who had an amazing season as he defended superbly as well as scored crucial goals.

Lastly Nemanja Matić has been a great signing for Mourinho as he has been very strong and composed in front of the back four and his passing range is amazing, which has helped Mourinho implement his plans and tactics more comprehensively.

Alexis Sanchez (previously from Barcelona) has been a very effective signing by Arsène Wenger for Arsenal this season. Sanchez‘s pace, power, and creativity, along with his chemistry with Mesut Özil and Santi Cazorla, has made Arsenal a better team.

Sanchez has scored 14 goals in the EPL so far, and he has been one of the best players this season.

Harry Kane’s graph has been on the rise for Tottenham Hotspur ever since he made his debut in November, 2014 in EPL. He has scored 30 amazing goals so far in his first season – which is a feat that has helped him win PFA Young Player of the Year Award.

DDG is arguably one of the best goal-keepers in the world. He has had a phenomenal season, especially on the Manchester United side. The club has had a constant spree of injured players and its ever-changing back-four strategy has not been of much help. In such harrowing times, DDG has been a sigh relief for the club and his heroics have kept United in the top four club tier. By making some brilliant saves match after match, his majestic form has attracted constant attention from Real Madrid.

This season would witness England’s two best midfielders, Steven Gerrard and Frank Lampard, in action for the last time. The veteran pair will leave the EPL for Major League Soccer in the United States in the summer; both of them were presented with PFA Merit Awards for their service to England game.

Emmanuel Rivière, signed by Newcastle for £5m from Monaco, has not scored even one goal in 17 games. Needless to say, he has been an immense disappointment this season.

There is no doubt that Radamel Falcao has been one of the biggest failures of this season, after being signed on a season-long loan from Monaco, which saw him just score four goals, especially when he’s paid a substantial £360,000 a week.

After a massive injury which saw him miss the 2014 World Cup, he doesn’t seems like the same player that he once was, as he has lost a lot of pace and is out of sync with his skills.

Angel Di Maria became the most expensive signing ever in the English game, after he was transferred from Real Madrid for £60m. However, his performances have been very poor and he hasn’t been able to get impress anyone this season. The English game seems to be out of his hands.

Mario Balotelli has also failed to rise to the occasion. He has cost Liverpool a staggering £19.24m per league goal and so far, he has scored only one goal this season. His wages of £90,000 per week do not make it any easier for the club to support his laziness. He seems to be a bad investment, leading to a colossal loss of money and his current form is nothing close to being nicknamed ‘Super Mario’.

Rickie Lambert was never a Liverpool-standard player, signed for £4m, and he has been one of the biggest flops of this season.

Both of these players have so far gotten 12 yellow cards each, due to their horrible tackling and poor play. Their game is amateurish at best and they have both been huge disappointments for their clubs.

All four of these players have had the most number of red cards shown this season – with two red cards each. These performances have been deplorable and one questions as to why they have been selected by their respective teams in the first place.

Sunderland is perhaps the lousiest club this season, with 69 yellow cards presented to its players so far in the league.

And lastly Martin Atkinson, who refereed 41 games, has given 154 yellow and nine red cards and is perhaps the most unreasonable referee in the EPL.

So there you have it – a comprehensive round-up of all that the EPL has seen so far. Here’s to hoping that whichever team wins, the journey ahead is more colourful and breathtaking than ever.