A C-section does NOT make you “less of a mother” 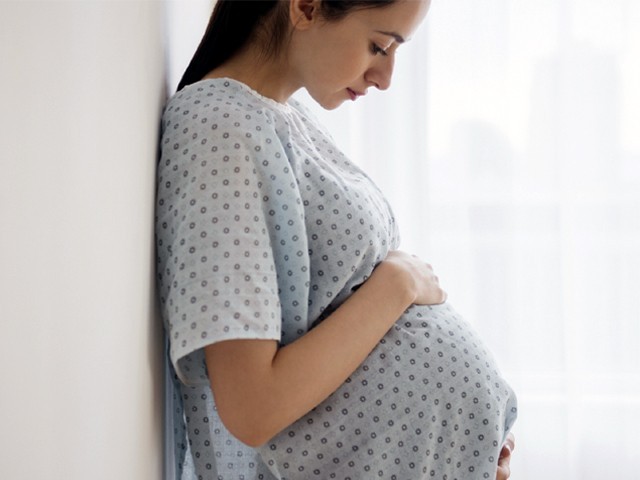 Last night, as I browsed the internet, a ridiculous statement at Inquisitr caught my eye.

“C-section makes you less of a mother, says Pastor Patrick”

Not only did I find his statement extremely offensive but it also reminded me of the sarcastic remark a ‘new’ grandmother once gave, whom I had met at a hospital.

(We endured a lot of pain during our time while giving birth. Nowadays, girls opt for C-sections just to avoid the pain.)

Her daughter-in-law had just given birth to the first baby of their family through a C-section.

Knowing about her case, I couldn’t help but comment,

“But the poor woman had been in labour since yesterday and was operated on due to some medical complication.”

“It’s just another money-earning tactic for hospitals. They could have waited another day or two,” the old lady replied assertively, “My son’s hard-earned money just went down the drain… tsk tsk.”

I think there is a considerable percentage, of mothers, in our society who tend to ‘brag’ about experiencing the pain of real labour. I admit that enduring the intense pain caused by giving birth naturally deserves recognition. Nevertheless, it does not give you the right to feel superior than those who were hurried to the operation theatre (OT).

Irrespective of the delivery method, every mother endures pain and hardships during pregnancy, labour, and the rest of her life for her children. All moms are worth praising.

Dr Salma Tariq, a gynaecologist from Rawalpindi with an experience of 37-years in this field, says,

“WHO guidelines suggest that the percentage of C-sections should not exceed 15 %, for all deliveries. No doubt the trend of C-section is on the rise in Pakistan which can be attributed to various factors like low endurance level of the pregnant mothers and medical complications but still, thankfully, Pakistan lags far behind America, where every third baby is a Caesarean and in UK where the percentage of C-section was 26.2 last year. Normal delivery should be encouraged as long as there is no threat to the mother and baby.”

Talking about the limitations of C-section, she says,

“It limits the number of children to three or four, which is an additional drawback for couples who desire big families, especially in Arab countries. If your first delivery was via surgery, there are more chances of you having a Caesarean on your second child’s birth due to the threat of ‘scar rupture’. Normal births, on the other hand, not only keep the uterus strong but also require less recovery time as compared to C-sections.”

April is ‘C-section awareness month’. Being a mother of two Caesarean kids, I feel that there are things people should know about a mother who gave birth via Caesarean section.

Here are 10 things you should always keep in mind:

1. It is not always her choice

Sometimes C-sections are planned and as soon as the date approaches, the mum-to-be is escorted to OT with a baby bag. However, in most cases, the poor mother undergoes intense labour pains but eventually has to be rushed to the OT due to some medical complication.

So, you see, it’s not always her choice.

2. The first-time-mommy is probably the sixth person to hold her baby after he/she is born

Although she solely carried the weight of her baby for nine-long months, sadly she will caress her offspring after the baby’s grandparents, father, aunts, uncles and the likes have all taken turns.

The first time a mother lays eyes on her baby is a special moment in itself. She is very emotional at this point, so don’t take that moment away from her by being selfish and not letting her carry the baby as soon as she is able to do so. Your turn can wait.

After returning home, proudly with a baby, guilt starts transcending over the mommy. Lying on bed all day, she might start feeling like a burden while she watches her mother and sisters lovingly run around to pamper her and the little baby. After all, it’s a typical Pakistani norm to send the bahu (daughter-in-law) who bore the ‘waris’ (heir) of their family to her ‘maika’ (her parents’ house) for a period known as the ‘chilla’ – a 40-day recovery tenure after which the bahu is able to serve her susraal (in-laws) once again.

There is a minute percentage, of mother-in-laws, who volunteer to prepare panjeeri and yakhni for the new mom; the rest consider it the duty of their daughter-in-law’s mother. This should not be the case. She has just had surgery, because she was giving birth to your grandchild. The least you can do is look after her, and not make her feel like a burden by sending her away to her maika.

However, the above may not apply to mothers living in nuclear families or abroad.

4. Surgeries are always a big risk

C-section is called a ‘major’ surgery. The poor mom-to-be is haunted by a never-ending stream of thoughts as she lies on the operation table waiting for the anaesthesia to take over her senses or the Epidural to numb her lower body. All sorts of negative ‘what if’s’ roam around her head.

It surely takes guts to undergo a surgery like this and she should be appreciated for it.

5. The side effects of Epidural are very uncomfortable

Epidurals free you from the labour pain but they come with side effects too. Those include drop in blood pressure, nausea, numb bladders and the likes.

6. She will have to suppress the urge to join a gym for two to three months to shed off her post-pregnancy weight

This also means that she will envy other moms who had no such restriction after childbirth. You can’t expect her to be on bed rest and shed all that weight at the same time.

7. It is not a nice feeling to watch her family changing her baby’s diapers instead of her

It could have been her, had she had a normal delivery. And adding fuel to fire are the remarks of elderly aunties like,

“After giving birth to my baby, I would get up early morning and do all the house chores in the evening! The daughter-in-laws of today are always looking for a shoulder to lean on.”

The last thing a new mom needs is taunts from people who have no business whatsoever.

8. If her bedroom is upstairs, chances are she might have to abandon it for almost two months

Everybody prefers the comfort of their own room, and nobody likes to be treated like they’re incapable of climbing a flight of stairs. Hence, she might have to move to a room downstairs or into her parents’ house for a couple of months.

9. The stitches hurt and itch. The scar feels numb and never fades away

Every time she looks at herself in the mirror, those scars keep reminding her of her decision. And no, these are nothing like how you feel when you look at your stretch marks.

10. C-section births add on to the hospital bills two to four times as much compared to a normal birth

She does not like getting a big cut on her belly, bearing heavy expenses or being a burden on the family.

So next time you come across a new mom or mother-to-be who opts for a C-section, don’t be so quick to judge her ‘preference’, as sometimes, they do not have a choice. For the women who prefer to go the natural way, we commend your strength. But that does not mean that a woman who opts for a C-section does not endure any pain or she is any less of a woman; if anything, she has to put up with a lot more.

A freelance writer who mostly writes for Ms.T, various parenting magazines and travel websites. She tweets as @IramMoazzam (twitter.com/IramMoazzam)

So you think Pathan jokes are funny? Read this!