Where Dr Aafia Siddiqui will die 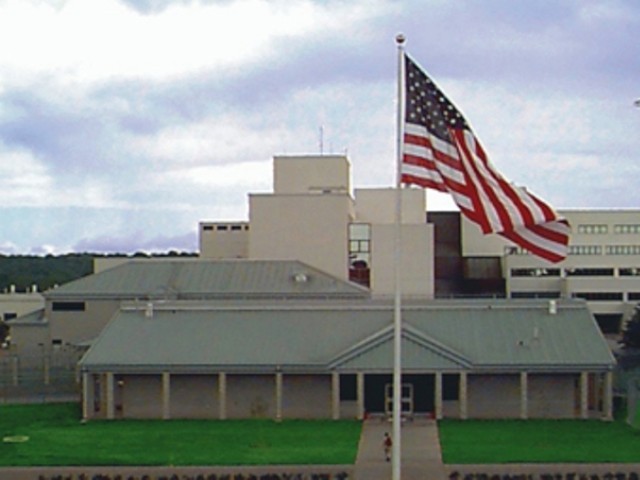 Many of her supporters felt that it was just one step away from the death penalty. Sadly, this might be closer to the truth than they imagine.

Not only did the judge impose an unprecedented sentence, he also personally intervened to make sure she would serve it in one of America’s most brutal institutions.

In short, Dr Aafia Siddiqui was sentenced to death – because if she remains in the innocuous sounding Federal Medical Facility in Carswell, Texas, like many others who have gone before her, she may not survive the experience.

But if Judge Berman  refused to accept that Dr Siddiqui was unstable, why would he then insist on sending her to Carswell, which has been referred to as the Hospital of Horrors?

Let me tell you how Carswell– or ‘Cars-hell’, as it has been called – which houses 1,500 female prisoners, earned its reputation.

To quote one local newspaper, The Fort Worth Weekly, time served in Carswell

“can be a death sentence for women prisoners”

In a different report about Carswell earlier this year, the same newspaper said:

It has a troubling history of medical misconduct and sexual abuse of prisoners. Inametti is the eighth man to be convicted of or fired for sexual abuse, including rape, of female prisoners at the facility since 1997. But women there say that sexual abuse is much more rampant than that; the eight cases only became known when women overcame their fears of retribution and reported their attackers.

One of my clients was transferred to Carswell to receive chemotherapy. She did not receive it for one full year after the therapy was prescribed. She died of classic Kaposi’s Sarcoma, a cancer with a low mortality rate – when treated.

There are a string of court cases outstanding against the institution, from those who have survived the Carswell experience and there are families of those who died in custody, who are still fighting for justice, demanding to know the truth.

The catalogue of crimes against female detainees reads like something from a third world country and such an institution would have certainly been closed down or overhauled by now if it existed in Europe.

In fact, Dr Siddiqui should be removed from the US prison system altogether, pending her repatriation.

All of this will, of course, make uncomfortable reading for Pakistan’s Foreign Minister Shah Mehmood Qureshi, who promised Dr Siddiqui’s family that wherever she was sent, she would be treated with respect.

Well, if he really wants to make good his promise, he should now move heaven and earth to get Siddiqui out of this prison before she becomes another of Carswell’s grim statistics.

The move to repatriate Dr Siddiqui must now take on a new sense of urgency, before it is too late.

A journalist and patron of Cageprisoners, a London-based NGO concerned with the human rights of those caught up in the war on terror.