Is Pakistan and China’s friendship really that strong? 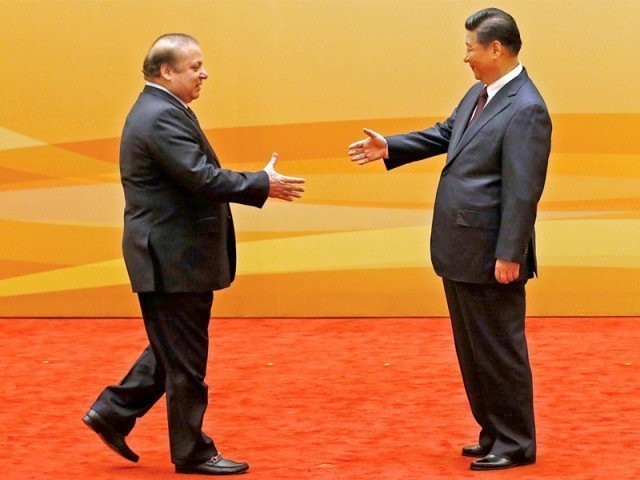 All the media in China is state-owned. So much so that journalists have to obtain a license by the government before they can start practicing. PHOTO: AFP

The rhetoric is sweeter than honey, even if the friendship isn’t. Lip service between China and Pakistan is higher than the Himalayas, deeper than the oceans, and the likes. It is also as absurd as it is untrue.

With our public space consumed by such meaningless analogies, especially in the backdrop of the ‘historic’ visit of the Chinese president, I can’t help but recall a recent trip to the country. Listening to the linguistic gymnastics of both governments, one can be forgiven for forgetting how different the two countries are and, more ominously, how little Pakistan fares in the overall Chinese plan for the 21st century.

The 10+3 Media Cooperation Forum was held in mid-December. And mind you, these 13 countries did not include Pakistan or India but represented South East Asian nations which mainly featured in Xi Jinping’s maritime Silk Route plan. Nevertheless, it was a memorable experience touring China and interacting with dozens of journalists from Asia.

Our host, People’s Daily, took us around four cities across the country as part of a media workshop during which we interacted with representatives of media organisations, various industries, businessmen, traders and IT professionals.

At every official forum, I asked about the Pak-China economic corridor’s significance. Much-touted as it may be in Pakistan, I got the same answer each time:

“Pakistan and China are all-weather friends and we value this relationship.”

It felt like asking about the weather and being told the score of a cricket match in return.

From the two-week trip, I gathered that this route may be a ‘game-changer’ for Pakistan after all, but for China, it is one of many key projects that the country is undertaking. Their major focus is on the maritime Silk Road which connects South East Asia with Europe and the Middle East. Thus, their interest primarily lies in wooing ASEAN countries.

There’s something unnerving about China. At times, it felt like an Orwellian state where dissent is unheard of: a place where all do hail the king. It reminded me of the bizarre futures showcased in films such as Brazil. The fact that every website would crash and reload after five minutes, that Google, Facebook, and Twitter were non-existent, only added to my curiosity. A colleague from India said he was certain Whatsapp, too, was being monitored. As if the blue ticks weren’t enough to make you feel like you were being stalked.

There were CCTV cameras on every nook and corner of every city we visited. The Tianmen Square massacre of 1989 features nowhere in China’s visual history and national museum – conspicuous by its absence.

As a young journalist, I fell in love with the profession all over again. With all the hazards and pressures, the liberties we enjoy in Pakistan are real. All the media in China is state-owned. So much so that journalists have to obtain a license by the government before they can start practicing. At every major media group’s briefing, my counterparts from India and Bangladesh and I would argue about press freedom and funding; the papers had close to no advertisements.

Most of the queries would either elicit a vague reply or remain unanswered altogether. Throughout our stay, not a single story critical of the government or any official was published in the English papers. When we asked editors of the Shenzen Media Group if reporters were unearthing corruption stories now since the president’s anti-graft campaign is so popular, we were told that reporters cover court proceedings but do not investigate cases as “that is not their job”.

There is more. Almost all senior editors of different media houses and newspapers were also senior officials in the government or were enjoying ministerial perks!

Our guide from People’s Daily, China’s largest newspaper, was in the administration and dreamt of being a journalist. He was taken aback when I told him that journalists are supposed to critique the government and not be part of it. I forgot to mention to him that, sometimes, the job also entails using redundant idioms to explain relationships as clear as mud.

A sub-editor for the City Desk, Islamabad at The Express Tribune

Breaking the Curfew since 1989