British on paper and not a Saudi, so am I a Pakistani? 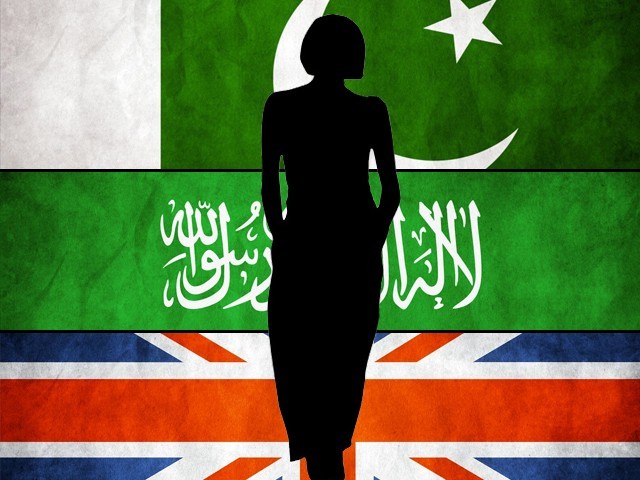 I almost feel like a refugee without borders, wandering aimlessly in this vast expanse, trying desperately to find some anchor to pin me down to one place.

I don’t know what I am, who I am or where I come from. I have been shrouded by such confusion throughout my existence. On paper, I am a British citizen and I hold the customary red passport which confirms this to be the case… but I wasn’t even born in England! I have absolutely no cultural or ancestral links to Britain, whatsoever.

My own birthplace was Saudi Arabia, a nation that has vociferously denied me any citizenship rights because I am not an indigenous Saudi by birth. My father was posted there as a surgeon and, once he retired, he had to hang up his stethoscope and leave. I will, most probably, never see my birthplace ever again, something which gives me a lot of pain since my early years were so wondrous.

So if I’m only British on paper and not a Saudi, then what am I?

My parents are Pakistani by birth so, naturally, I am a Pakistani… right?

You’d think it was that simple to accept, but it’s not.

My rich ancestral heritage is from Pakistan and yet whenever I visit, I feel so alien. People always see me as some foreigner who traipses into Pakistan as and when I am in dire need of some culture, which is not true. If I dare criticise Pakistan then I am told,

“You can’t say anything about Pakistan, you don’t live here.”

I cannot understand the jingoistic fervour that so many Pakistanis display for their country as soon as a non-Pakistani criticises their nation, yet they are very happy to complain about the status quo all day long.  When I received my overseas Pakistani card which allows me to travel visa-free to Pakistan, I was further bemused at the fact that I was a Pakistani from a distance. Someone who really lacks any concrete ties to the nation yet is still welcome to roam freely amidst its borders.

By the same token, I couldn’t understand the essence of being “British”. There has been such an emphasis by the current British government placed on the importance of foreigners integrating into British society but what does that entail?  Should I spend all day in a pub drinking orange juice? Or hang flags of the Union Jack from my window? Or eat fish and chips every Friday? I don’t understand the concept of integration at all.

The point is that no matter where I go in this world, no matter how much I try and emulate Western culture, I will still always be asked,

We will never be accepted or seen as a part of this community. My particular sympathies are for those British-born Pakistanis who do not feel a sense of belonging with any particular culture; they aren’t Pakistani, they aren’t British but they are a strange hybrid of both trying hard to fit into the constraints of familial life in such an open society.

I almost feel like a refugee without borders, wandering aimlessly in this vast expanse, trying desperately to find some anchor to pin me down to one place. Everyone has a sense of belonging to some nation and yet those who don’t face difficulties that are too complicated to explain. Human migration, whether for education, employment or a better life, has happened since time immemorial but its effects on those who experience can be quite damaging indeed.

People like me never really integrate well into any society. They don’t understand the quirks and eccentricities that come with being Pakistani and they don’t understand the stiff upper lip of the British or the highly segregated and very overtly religious Saudis. Eventually I know I will return to Pakistan whether to live or to be buried because no matter where I go in this world, it is only Pakistan which will truly accept me. However, it will still take a long time to get there.