Mercedes or Ferrari, who will win the Grand Prix battle? 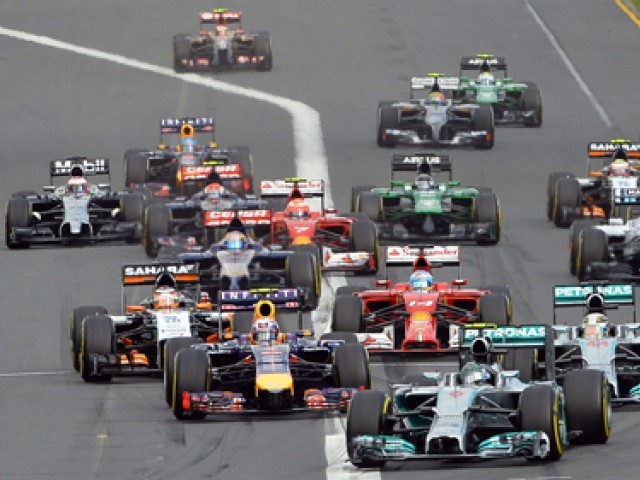 The new Formula 1 season has kicked off with an exciting range of new cars and a change of drivers. PHOTO: AFP

The new Formula1 season has kicked off with an exciting range of new cars and a change of drivers. The start of season indicates that it will be an extremely competitive one between Ferrari and Mercedes.

During the 2014/15 season at Abu Dhabi, it was announced that Sebastian Vettel would be joining Ferrari and would team up with Kimi Räikkönen for the upcoming season.

Vettel left Red Bull after spending 15 years with them, in the hopes to emulate his childhood idol, Michael Schumacher, who joined Ferrari in 1996. At that point in time Ferrari was struggling but Schumacher turned the entire team around and made them into a dominant force.

Vettel replaced Fernando Alonso, who was a member of McLaren. Alonso failed to win a single world championship during his tenure with the Italian team and now, he is planning to return back to McLaren, after a long gap of seven years.

Dominant: Two-time world champion Lewis Hamilton started the season with style as he finished first at the Australian Grand Prix after only 15 cars were present at the starting grid — the lowest number for a year-opener since 1963. Photo: AFP

The first race of the season started off with a bang for Lewis Hamilton, who bagged a world title and ended up dominating the Australian GP.

The Australian GP, at the Albert Park in Melbourne, was difficult as proven by the mere number of 11 teams making it over the finish line. The hot weather conditions and gusty winds made it more complex for the drivers to keep their pace.

Lewis Hamilton and Nico Rosberg from Mercedes started off their season with a superb 1-2 finish and  clear 30 second lead over Vettel, who finished with a third position in his opening race for Ferrari.

Ferrari seems to have upped their game this season; a podium finish in the season’s first race has enhanced their reputation. Returning driver Raikkonen stated that the SF15-T is “much better” to drive for than last year’s F14-T.

During the Malaysian GP, Mercedes were the clear favourites, but it was Ferrari and Vettel who came out victorious. It was Vettel’s fourth career win at Sepang and a much awaited win for Ferrari after a gap of 34 races, which marked an immense improvement for them this season.

As the race kicked off, Vettel was second in the pole position, but he gained dominance when Mercedes decided to call Hamilton for a pit stop, whereas Ferrari let Vettel complete the round uninterrupted.

Mercedes favours slower and harder tires over the majority of the race since it allows more endurance for the car. On the other hand, Vettel preferred to employ faster medium tires which resulted in a victory for Ferrari and a wake-up call for Mercedes, who finished second and third respectively.

The pre-race discussion before the Chinese GP was whether the use of lighter tires for Ferrari would help them conquer the superior speed of Mercedes, as was the case when Vettel won the Malaysian GP. But all the pre-race speculations ended as Hamilton and Rosberg transferred their front-row grid positions into first and second places at the start.

Similarly, Hamilton drove his car with control and was fast enough to pull himself in front of the two Ferraris while scraping out the essential stint lengths in order to come to par with Ferrari’s two-stop strategy.

Hamilton’s dominance was emphasised when he cleared the lap in half a second less as compared to the rest of the drivers, which included teammate Rosberg, and ended up earning a victory for Mercedes in the Chinese GP. Vettel managed to bag a third position.

Unlike last season, when Hamilton beat teammate Rosberg from second place on the grid in a wheel-to-wheel battle, the Briton was untroubled by the German who finished third after fighting the Ferraris. Photo: AFP

Mercedes had predicted an intense battle with Ferrari at the Bahrain GP, but Hamilton, after gaining a pole position into the top spot, was fully in control of the race while his main rival, Ferrari’s Vettel, ruined his podium chances by going off-track and damaging his car while racing with Rosberg.

However, Raikkonen drove a tough middle spell on the slower tires and a breakage problem in the last two laps managed to earn a second spot for him and a third spot for Rosberg.

The next race on May 10th in Barcelona will be imperative to both teams as it will decide the team which will rule the F1 races. Will it be Ferrari or Mercedes? Only time will tell.