Stop making marriage a monster, it is not all about ‘compromise’ 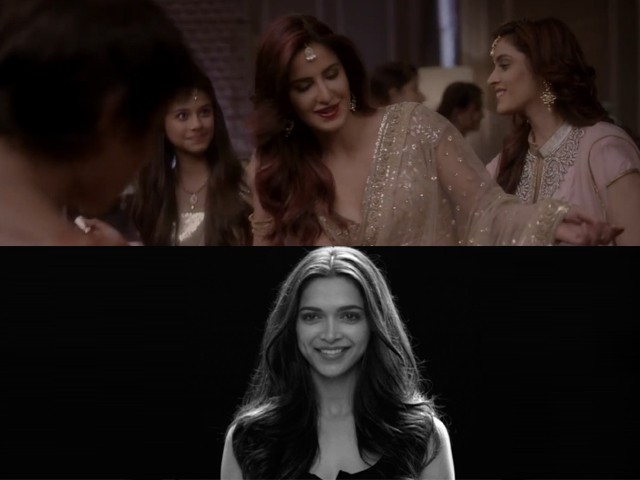 Marriage is an alliance of affection, companionship and an absolute sharing of heart and soul. But sporadically, we disregard why people take this step, commit their lives and vow their lives to each other.

In our part of the world, we believe getting married is an antidote – a complete cure package for numerous issues. Therefore, many people get hitched because of extreme social and familial pressures, fear of getting old, monotonous routines and irritating inquiries of relatives and acquaintances who keep asking,

“So when you are getting married?”

In some cases, people choose matrimony because they believe in absurd myths – such as the idea that one’s destiny will alter after one gets married or that marriage will bring fortune to one’s income, and the likes.

But if these factors are not to be taken seriously, then how do we know when it is time to take that leap of faith?

Should the above-mentioned aspects play any role in our decision to get married?

The Bang Bang-diva, Katrina Kaif, answers these questions for us.

In a recent ad campaign, the Bollywood actress pointed out bountiful logic based on ground realities and explained why a woman should not get married for superficial reasons.

With her charismatic persona, she put forward her stance and discussed how women shouldn’t say yes to marriage because all their friends are married, or because they are irritated by aunties incessantly inquiring about their marriage, or because their younger sister is in line. She talked about how finding company in old age, late motherhood and one’s former boyfriend getting married are also trivial reasons to consider marriage.

Towards the end of the video, Kaif explained the only factor women should consider when thinking about marriage – and that is “when you find the one who deserves your time.”

And I, for one, am in complete agreement with her.

To me, Kaif beautifully stated one of the most genuine reasons as to why marriage should ever be considered. It is a colossal commitment, and if one is married to someone who is not worth their while, then that commitment soon becomes a burden.

The video is exquisitely shot and skilfully directed. Her words were not only logical, but they made an impact. With this, she earned a lot of admiration and applause from the masses – so much so that #WillKatrinaSayYes is trending on all social networking sites.

When is the right time to get married? – Marry when you find someone who deserves your time. Couldn't agree more. #WillKatrinaSayYes

When comparing the message set forth in this video to an earlier video that featured Deepika Padukone, the masses have chosen a clear winner. In the Subcontinent, for many, marriage is a very sacred relationship between a man and woman; one in which certain boundaries are to be respected. Katrina’s message reiterated exactly that. In a world of increasingly independent individuals, we have confused marriage to be an institution that somehow curbs that independence.  The word most commonly associated with marriage, especially for women, is ‘compromise’. What we seem to have forgotten is that marriage is humanity’s way of appreciating the beauty of mutual interdependence. Marriage is a delicate balance between two individuals who connect on a level higher unique to them in particular. It is our way of appreciating the beauty of another human being the same way we would our own; people we feel responsible for and who feel responsible for us. Someone who is not only worthy of your time, but worthy of your trust too.

“In the end, you have to choose whether or not to trust someone.”

Eventually, it is trust that permits us to offer and accept love. When it is breached, we become insecure and cautious. Perhaps, the most important step is to look for a trustworthy person who, in any case, ensures your contentment and happiness. There is an ample chance that the commitment will work out regardless, but a marriage may not be able to withstand a breach of trust.

Besides, it is vital to take time to get emotionally ready for an upcoming alliance. One should have clear cut intentions when marrying a person. If it is to ease the feeling of being alone, tying the knot will not change that perception. Marriage is not tool used to counter loneliness. Loneliness is an internal state of mind that cannot be ‘fixed’ or ‘cured’ by marriage. Marriage is a quest for lifelong companionship – one that mustn’t be rushed in to.

So, as Kaif puts it, find the one who deserves your time and trust. Not a personal Ken Doll.