Will running for local government elections help the Christian community in K-P? 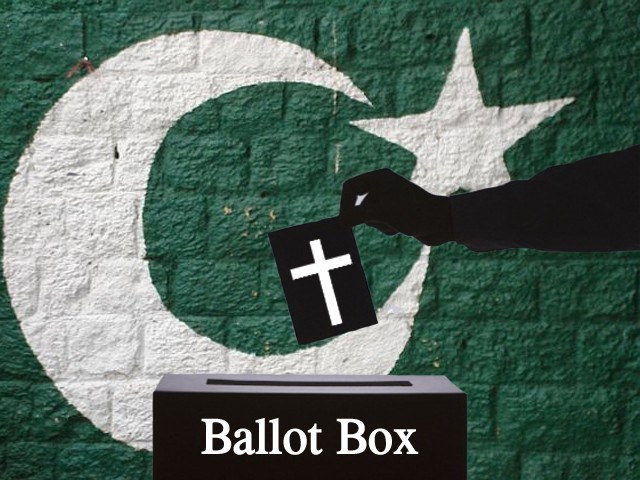 Individuals belonging to the Christian community have filed nominations papers for the first time in Dir District, K-P for the upcoming local government elections.

Amid all the hoopla of the Chinese premier’s visit to Pakistan, individuals belonging to the Christian community have filed nominations papers for the first time in Dir District, Khyber-Pakhtunkhwa (K-P) for the upcoming local government elections. Both news items are not linked, but both are significant.

While commentary on minority rights in Pakistan has a large presence on social media, it is slowly creeping into everyday dialogue too. And even though the focus on this issue is not as profound as it should be, every step forward is a step in the right direction. It is, however, unfortunate that what pushed the Christian community into making its voice heard via the electoral system is a long list of brutal attacks it has faced throughout the country.

Expressing dissent via the ballot is, and always should be, the most ideal way to show disapproval for an existing state of affairs. It is what separates a civilised society from a barbaric one. Even though electoral victory is the ideal outcome in most cases, a significant show of strength that may not result in victory can make an equally strong if not stronger statement. And the statement from the Christian community is loud and clear – enough is enough.

Things reached a boiling point recently during the church bombings in Lahore. The attack was incomprehensible and the reaction, perhaps understandable on an emotional level, but uncalled for on a logical level. The precedent set by the event does not paint a pretty picture. There is every possibility of an attack on the country’s minority communities being met by a violent backlash in the future, and who can blame them? After decades of political, economic and social discrimination, they have to vent out their frustration in some shape or form. One only hopes that the frustration is vented out via the electoral process and not on the streets via mob justice.

While what exactly this holds for Dir will only be known once the election results are in, one can safely assume that it will be more positive than negative. The voice for minorities will be raised, and rights and privileges dished out to the majority will be fought for the minorities too. One can also conclude what message this gives out to the government. Members of the Christian community filling nominations papers is a clear message to the state that it has not been able to protect the minorities in Pakistan, and becoming part of the electoral process themselves is where the solution lies.

Hopefully this pushes other members of the minority communities into becoming active participants of our electoral system too, and the constitutional hurdles placed towards their political, social and economic development are discarded as well.

“Even if you are a minority of one, the truth is the truth.”