Facebook vs reality: When unfriend and delete turns into divorce 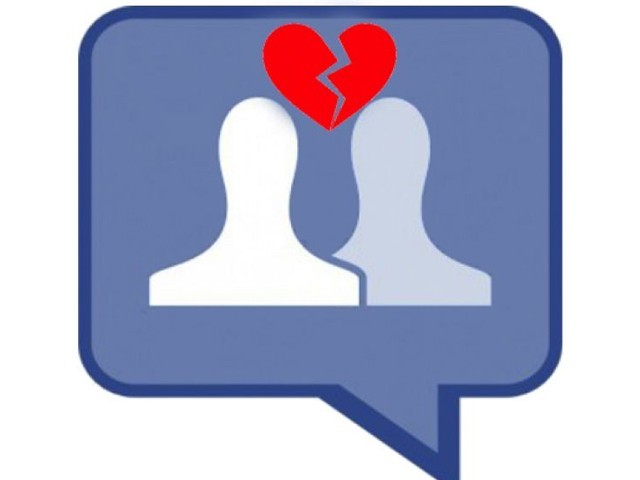 Once the anger subsides, you cannot send an ‘Add Friend’ request and follow them again. PHOTO: WEPICK

During a casual social conversation, I stated,

“It is always a sad incidence when marital relationships break.”

A colleague smiled and said,

“I have heard of three in the past month or so.”

I have been hearing cases of separation and divorces almost every week now. Most of the couples breaking ties are under the age of 35 and had been married anywhere from 25 days to three years. I find myself totally shocked and frozen at what is happening in our society. This issue seems like a big threat to our family system.

I can confidently claim that when I and the likes of me were tying nuptial knots in the late 80s to early 90s, we barely even heard of divorce. So why is it happening now?

Talking to various people, I realised that there are many reasons, justifications and theories going around. The blame is usually given to inherent intolerance amongst young people, the fact that they are raised in nuclear families, are exposed to television soaps, invasion of western ideas, globalisation so on and forth – the list is endless.

There was a major difference between getting married during the 90s and getting married in the new millennium; it all comes down to the way people socialise. Traditionally, human interactions, friends, family, spending time together doing activities, and plenty of verbal communications were the major source of socialising and communicating.

This trend is slowly changing due to the advent of digital generation. Socialising through ‘social gaming’ on their smart phones via Skype, Twitter, Instagram and Facebook has become the norm. Real lives and virtual lives are strongly entwined nowadays, and to me, this appears to be one of the major reasons relationships are breaking.

Our young generation has confused textual and virtual communication with actual interaction and communication. This adversely affects them while transitioning from singlehood to married lives. Many perceive their marital relationship as ‘social gaming’, which is fast, quick, entertaining and has a very short life span.

Often times these relationships start on social media, or if not, it becomes an integral part of their courtship prior to getting married. Friendships are made and broken at the press of a button on smart phones. A disagreement with a friend at university, and there goes the unfriend button making it all peaceful.

However, in real life, it is called ‘divorce’ and is a major life-changing decision. Once the anger subsides, you cannot send an ‘add friend’ request and follow them again.

Marriage seems like a thrilling and exciting affair, especially when the time to announce the engagement and wedding dates comes; love-struck couples post pictures and selfies on Facebook and Instagram. They enjoy being the most popular and adorable couple; of course, the number of likes and comments on social media are a great testimony to their popularity. However, it does not guarantee a lasting relationship.

Therefrom, every single place they visit deserves a selfie – from restaurants to cafes, to shopping for designer wedding dresses, the dholkis, the wedding hall and finally honey moon updates from exotic international destinations. Once the social media campaign for their love and wedding festivities is over, real life begins, where unfortunately many fail.

Like Candy Crush, they fall in and out of relationships, mistaking this phase for love, and similarly when they are bored of their marriage, they want to quit and uninstall it, just like a smart phone game. In serious cases, they block a friend or report to Facebook, Twitter or other such forums. However, when it comes to working on fixing a relationship with your spouse, they fail to understand why their parents are responding differently when marital issues spring up, and they insist on giving it a try instead of blocking and deleting it.

Marital relationships need patience, sacrifice, mutual trust, tolerance and respect in order to garner a long-term commitment despite everyday disagreements. Once a couple settles into their daily routine lives, life does tend to get mundane. However, often times, it is perceived as being stuck with one ‘window’ only, also known as your spouse, and they want to surf other sites, download other entertaining apps, which in married life is called ‘cheating’. You cannot download newer girlfriends and boyfriends anymore.

Furthermore, during textual communication, people have the liberty to conceal their emotions.  If people are disgruntled or angry at each other, they send an emoticon to express it, making it hard for partners to assess personalities. In real life, these emoticons are replaced by a slap, banging doors or yelling in anger and using abusive language, which is categorised as domestic violence.

Over the years, families have learned to forget, forgive and move on. However, the technology of screen shot has equipped people with weapons against each other, resulting in prolonged arguments and negativity.

I have been, and am still am, a big supporter of these digital natives.  Since the onset of the new millennium, we knew technology was here to stay. Unfortunately, we as parents and teachers somehow skipped helping and guiding the younger generation understand that their personal relationships and family life cannot be handled like ‘social gaming’.

I have been in the business of working closely with young people for over 25 years now and a good majority of my wards are in their late 20s or early 30s. This is the generation called ‘Millenials’, ‘Generation Y’ or Digital Natives. These individuals grew up in an era witnessing the fastest developments in the history of mankind.

All I am trying to get across is the notion to replace your keyboards for speech. Social gaming is only one of the means of communication; it is supposed to make life easy, not complicated and unhappy.