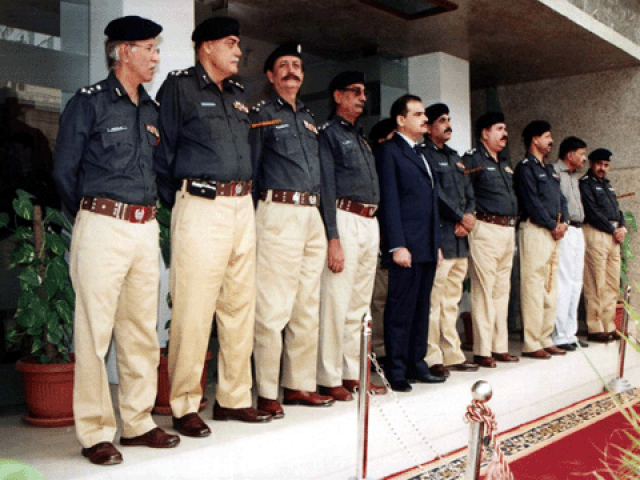 I don’t understand the mindset behind those who condone government intervention in everything.

This is coming from a guy who is okay with targeted socialism (by targeted, I mean give to the poor – I know, I’m really just a softy capitalist). For arguments sake, let’s say that the government intervening and actively managing society’s moral conundrums is a good thing because they have been elected by the people and have a legal responsibility to the people. But where in their job description has any politician inherited the title of “Lord Protector of Morality”?

These wonderful folks, elected and serving in the cesspool of bureaucracy have a responsibility to the people to serve them to the best of their ability. In a purely Pakistani context, we’re better off letting them run a fruit stand, as opposed to a 170 million person country. Why? Because they don’t have a damn clue about what they are doing.

It’s disappointing really. I thought we were entering a wonderful age of specialization – or more plainly put, an age where people are more qualified for the jobs that they are supposed to do.

One size doesn’t fit all

Let’s say your house has a leak and your pipes and wiring are soaked. Your initial reaction shouldn’t be to ask a well spoken plumber to fix the electrical wiring because he might just be a better than the electrician. Just because someone is here and everyone in the neighbourhood agrees that he’s the best man for a plumbing job doesn’t mean he’s also the best electrician available as well.Neither does it mean that he’s qualified to do anything else, like run the Pakistan Cricket Board. You see what I mean?

Spend my tax money intelligently, will you?

There are days where I doubt my own Pakistani-ness. You see, I suffer from this horrible affliction that can be categorised as a desire for minimal government intervention. I really like the idea of the government not getting involved in my business.

Low taxes! I want low taxes, so that I can choose to spend more of my money in whatever way I like. If I want to give money to a charitable organization for flood victims, that ought to be my prerogative. The government’s desire to implement a flood tax or use my money to subsidise an airline (which serves a minute slice of the population) is folly. I don’t appreciate them collecting my Zakat money either, particularly when they spend it on an executive class Hajj trip for themselves.

The government doesn’t have it easy

I do sympathise with the government’s drawing room politics philosophy, because I reluctantly recognise that most Pakistanis do live with the illusion that everything is the government’s responsibility and that they should be involved in every aspect of a person’s life.

I keep hearing about how Pakistan would be better off if we banded together as Muslims and implemented a strict Shariah code across the country. I tend to wonder-whose version of Shariah? Osama Bin Laden’s or Shah Rukh Khan’s? Why can’t people come to terms with the fact that Muslims are a diverse bunch with multiple schools of thought? Everyone is utterly convinced that they’ve cracked the code of what it takes to be a perfectly acceptable Muslim.

Where the government should intervene

I’m not advocating handouts, even though lets face it, everyone wants a handout from the government because the truth is that secretly, none of us respect the irresponsible, corrupt people who run the country. They steal our money and whine that corruption is their right and they most certainly aren’t as corrupt as the last guy. Of course we can’t trust them.

Let us make up our own minds

I’m all for democracy, but the idea is to elect leaders, not overlords. But, hey, I’m willing to give it a shot. However, it would be nice if the government decided to express its angst as minimally as possible! Maybe our government would be a tad bit more efficient if they stayed out of matters of religion, morality and bailouts.

Why is the government the answer to everything?

Their track records reeks of ineptitude. Sadly, it’s just easier to place all responsibility at their feet and blame them when things aren’t hunky dory. Until we can collectively own up, we’ll be at that uncomfortable impasse where we blame the government rather than figure out solutions to problems ourselves.

On a purely practical level, this is what I would do:

1) Get rid of public sector enterprises.

2) Sell off the management rights along the model of General Electric in Singapore.

3) Reduce the number of ministries and outsource education, health and development ministries to private contractors who are all audited quarterly.

Passing an ‘I’m sorry for all the mess ups and I won’t do it again” bill would be nice too.