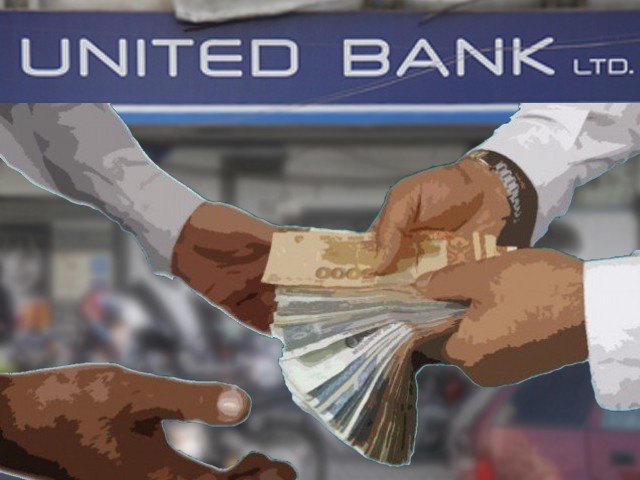 A lot of eyebrows must have risen while skimming through the recent news published on the highest paid CEOs in Pakistan.

He earns Rs2 crore a month? A one off compensation worth Rs100 million. That is quite an unbelievable sum. And in case you’re wondering, this is not Wells Fargo or JP Morgan, neither is it an emerging market; he is the outgoing CEO of United Bank Limited (UBL) in our poverty stricken nation, Pakistan.

A lot of eyebrows must have risen while skimming through the recent news published on the highest paid CEOs in Pakistan. While the big boys rejoice and share a laugh or two on their take-home salary increase, a vast majority remains astonished at the startling distribution of wealth.

Let’s look at the purpose of bonuses before jumping to conclusions.

Yes, bonuses surely do encourage people to stay longer within an organisation and work harder, but putting things bluntly, the Pakistani banking industry has long enjoyed ‘easy money’ by channelling deposits into supposedly ‘risk-free’ government debts, through which they have avoided the core private sector of lending altogether.

Hence, the State Bank of Pakistan (SBP) has introduced monetary-easing/banker-tightening policies to get them to do their job. Evidence of such ‘free-money’ is that most of the top tiered banks’ profitability in Pakistan moves in tandem with each other, albeit with minor five to eight per cent temporary variations. Bonuses should only be allocated on the basis of material value addition to the worth of the business.

Reliable and good employees at the top level are hard to find and retain, thus, the board of directors develops a strong comfort level with the CEO and hence, do not mind sharing the profits either.

Without delving too much into the presumed rationale behind the fatter pay scale, it is essential to keep the following questions in mind before judging the reason behind the annual compensation of the CEO.

a) What percentage of the profit is being shared with the CEO?

How badly, if it all, the company would have suffered without the “brains” of the particular employee?

b) Was the annual compensation a derivative of the long-term commitment exhibited by the CEO?

Did his stock options (a right to purchase shares of the company at a pre-specified price) involve a ‘vested’ (time period required for the options to become convertible) period?

Such vested period requirements encourage the head to formulate a long-term vision for the company in order to be able to steer through turbulent times. A clause must be added to absolve him from any blame if an exogenous factor pulls the market value of the shares substantially downwards. Why blame him if Pakistan witnesses financial sanctions after a nuclear testing?

The developed world is already contemplating to introduce regulatory requirements which bring the CEOs as well as the directors within the nexus of legal accountability.

The senior management, owing to its entrenched impact on the economy, are required to attest their financial statements and provide implicit guarantees. A higher pay scale should commensurate with higher risks as well, right?

The board of directors is still shy to introduce the claw back provision in the annual compensation of top employees from the fear of being unable to retain their top quality employees.

That being said, if the profitability of the firm was found to be misstated, it would make sense to ‘claw’ the amount ‘back’ from the pockets of the previous employees. Hewlett-Packard (HP) is still reeling from their catastrophic purchase of autonomy and is now dragging the bosses of autonomy to the courtroom. At least such provisions would induce a sense of responsibility and uplift the ethical standards said to be lacking amongst the “finance guys”.

In order to fairly (not equally) distribute the profitability of the firm, the board of directors may wish to introduce a cap on the bonuses and link them to the annual salary. For instance, someone earning one million a year may be awarded a maximum of 10 times his annual salary, which is Rs10 million. In contrast, someone whose earnings are Rs25 million a year may be awarded four times his annual salary, which is a whopping Rs100 million. Such practices will dampen the “animal spirits” of the banker and also infuse a level of equity among the junior employees who end up arguing with the HR department for a Rs5,000 increment.

To all the bosses reading this, ask yourselves – did you need the extra Rs12 million more than the thousands of employees earning a meagre amount of Rs20,000 monthly and demanding Rs1,000 increments?

Financial institutions bank upon the wealth of others and in return, the “others” bank upon the “bankers” to work in their best interest as well. Such a sensitive relationship requires the rewards to not only be linked with the profit figures, but also to be tied to a level of responsibility undertaken by the CEOs.