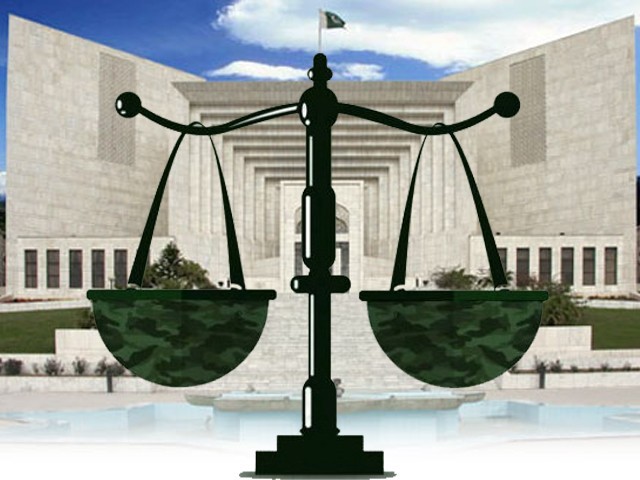 On December 17, 2014 Prime Minister Nawaz Sharif lifted a seven-year moratorium on executions, after the Taliban killed more than 150 pupils and staff during an attack at the Army Public School (APS) in Peshawar. Subsequently, Pakistan’s Parliament passed a constitutional amendment that allows a parallel system of military courts to try terrorists – it was argued that a weak civilian judicial system had failed to bring militants to justice.

Conversely, on April 16, 2015, the Supreme Court of Pakistan suspended death sentences passed by the new military tribunals, until it rules on the legality of the sentences concerning six militants who would have otherwise imminently been executed – the Supreme Court Bar Association has challenged the 21st Amendment that created the military tribunals in the first place. Moreover, given the history of country’s military coups, some political leaders also opposed the amendment as significantly expanding the army’s power under a civilian government.

Although, historically, it has been the Supreme Court of Pakistan that has consistently legitimised interventions by the military into politics as well as succumbed to political pressure from the executive, we may now be witnessing ripple effects of the notable “Lawyer’s Movement” (2007 – 2009) and the 18th Amendment, that laid the foundation of a new era of judicial independence across Pakistan, by way of this suspension.

It is, however, perplexing why historically the executive has constantly allowed for military intervention in key governance areas such as security and foreign relations, paving the way for military coups and thereby derailing the democratic process – military tribunals via the 21st Amendment are yet another example of this. Rather than strengthening its own performance in the aforementioned aspects, the executive has instead endorsed and abetted the military in facets where it has failed to deliver.

Unfortunately, the judiciary has been misused by the executive and the military to advance their own agendas at exclusive points in time – at times to enforce the “doctrine of necessity” and at others to put various amendments into effect, shifting balance of powers between the executive and the military. Needless to say, this has been a result of the composition of the judiciary, where individual judges have not been objective and impartial. Merely, the institutional independence of the judiciary and executive are not enough – there is need for a collective mind-set change of the nation towards the implementation of the rule of law.

While the prevalent civilian government and the army have an understanding of refraining from disrupting the democratic process, it is noteworthy that this so-called “understanding” is between two individuals, Prime Minister Nawaz Sharif and General Raheel Sharif, and not the two institutions. In the absence of concrete steps by the democratic governments to improve its performance on the security front, as well as the promulgation of hard-hitting ad-hoc amendments that enhance the army’s remit of power, we will always run the risk of another potential military regime that could further weaken the civil society. Consequently, it is important to follow the developments in the suspension of the recent executions in the upcoming days, in order to further understand the transformation of the judicial framework, which is likely to play a significant role in the political arena to stabilise the power corridors in Pakistan – no one should be above the law.