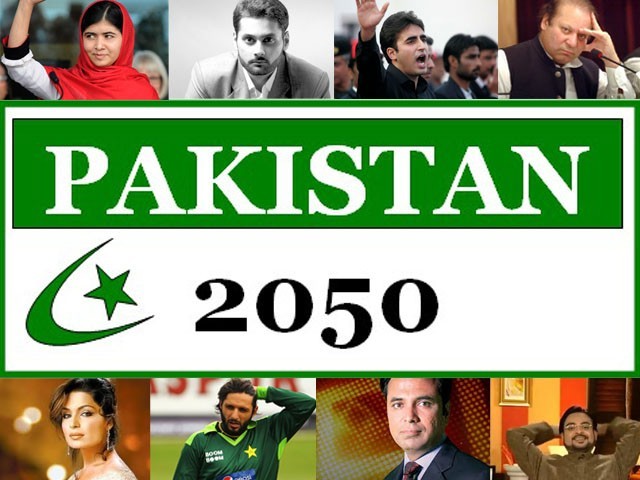 This is the year 2050. The Pakistan we once knew in 2015 has changed tremendously.

Or has it really?

Below is the glimpse of literally ‘Naya Pakistan’.

1. The government vows to end the energy crisis till 3058. Promise.

2. Malala Yousafzai has moved back to Pakistan and is currently running for the office of prime minister, from the Pakistan People’s Party (PPP) of course. She enjoys an unequivocal support from not only the liberal faction within the country, but also from King’s Landing, Meereen, Bravos and Winterfell. However, she continues to face severe backlash from religious outfits and Wildlings, a wave that started back in 2012 when she was allegedly shot.

3. Jibran Nasir has successfully staged 6.7 millionth protests outside Lal Masjid. This time the strength was extraordinarily high, no fewer than 13 participants were seen. Nasir has been struggling for decades to transform Lal Masjid into a coffee house.

4. Farhan Khan Virk has been elected the new chairman of Pakistan-Tehreek-e-Insaf (PTI). His unparalleled services and countless Twitter trends have finally paid off. While the gullible Insafians throw a break-dance party, the decision has sparked deep chasms in the party. Rumor has it that the party may split into two factions – Suleman Khan led PTI-Haqeeqi and Virk led PTI-Insafi.

5. The Election Commission is still auditing the 2013 elections. Results are expected to be announced real soon.

6. Bilawal Bhutto, having quit politics long time ago, runs his own beauty salon – ‘Mera Nakhra, Totally Wakhra’– in the UK. Yes, he is out. Plans are underway that Bilawal Lovers Organisation (BLO) will soon open a local branch in Karachi. The customers are just pouring in.

10. Islam is still in danger, and needs more-aggressive-than-ever saving.

11. The Pakistan Muslim League-N (PML-N) is obsolete. The Sharif clan has long since fled to Saudi Arabia. Their last mega project was the 116-lane motorway connecting Raiwind directly to Saudi Arabia with numerous underpasses and fancy overheads. The entire length of the motorway was beautifully adorned with miniature metros, motorways, peeli (yellow) taxis and sasti rotis (cheap bread).

12. Shahid Afridi has taken back his ODI resignation, saying he is still young and energetic, and has plenty of years ahead of him.

13. Meera is still single and looking to settle down. In her desperation, she has proposed to a tree, a potato, a chair, and a few thousand “Will you fraandship me?” strangers on her Facebook’s ‘others’ messages.

15. Having exhausted all his options, Talat Hussain now appears on Madni TV. His show’s name is ‘Naya Talat Hussain’.

17. A new age of liberal darkness has surfaced in Pakistan.

18. Asma Jahangir III is vociferously campaigning for LGBT rights in Pakistan. She says that had it not been for the army, the LGBT community would have gotten their ethical and deserved rights back in the times of Asma Jahangir I.

19. LUMS has sparked yet another controversy by banning lectures of religious scholar Hamza Ali Abbasi, the former heartthrob and actor. Visibly shaken, PTI Chief Farhan Virk promises to stage a dharna in Abbasi’s defense, and of course, innumerable Twitter trends. Some of the trends include:

20. The last date of sim verification has been extended to June 12, 2058. PTA confirms for the nth time that all unregistered sims will be permanently blocked after the last date. This was warning number 679821.

A pharmacy graduate who works as a Medical Writer for Alere Analytics, USA. She is also a content and academic writer associated with British Council and LUMS. She tweets @BajiPlease (twitter.com/BajiPlease)

Get well soon Edhi sahib, you are one in a million!