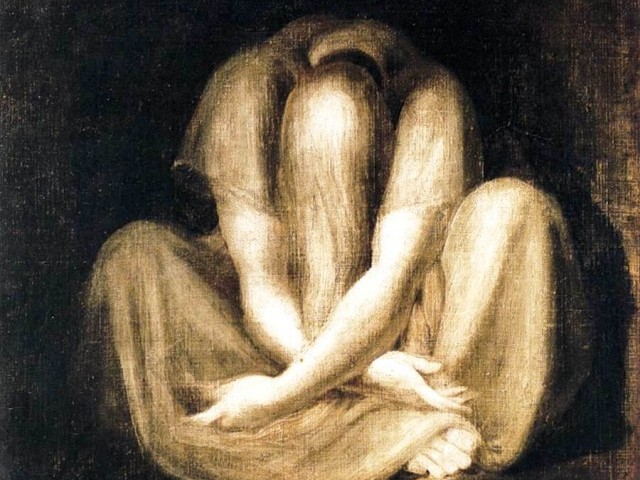 Reports of rape and the abuse of women seem to be on the rise.

Every morning when I leave for work, I feel uncomfortable. The constant nagging of recent (and increasing) news items of rapes in Pakistan makes me feel insecure. I fear for the vulnerability of my sisters in different parts of the city, attending lectures in college halls, making rounds in hospital wards, traveling in school vans, waiting at the bus stop or spending an evening with an aunt or uncle.

And my fear is not just confined to my sisters. It expands its ugly claws for every woman, all over the country. It takes the shape of a pitying monster whenever I wonder about the fate of the victims and the consequences that they will have to live with, and in most cases, die for.

Though the annual number of women raped in Pakistan is far greater than the statistics given in different survey reports by various organizations, the settings in which these rapes have started taking place is frightening. The old notion that perpetrators are only found in certain sections of society and that they are far away from our day to day lives, no longer holds true. It seems as if they are everywhere, plotting to get their target, as and when they wish.

Women are therefore safe nowhere. Whether in hospital wards or girls’ colleges, there are abductions or gang-rapes in the name of ‘honour.’ It is a wild, wild world out there, pregnant with silence and dampened with indifference.

Sadly, those who are responsible for providing safety to citizens are themselves involved in this heinous act. The recent confession of Constable Javed Bhatti in Lahore for having rapped a handicapped woman by taking her three children hostage is just one example of the larger picture.  A similar fate was met by an 18-year old resident of Bahawal Nagar, who was raped in police custody. Another mother of a three-year old was held hostage for two days while she was repeatedly gang-raped in police custody. Once considered safe, even homes are no longer so for women in the country today. The rise in reported cases of incest which is still believed to be far less than the real number, is alarming.

Rape is a grossly unreported and legally distorted human rights issue in Pakistan and given the nature of our social structure, combined with the status of women in society, the above examples should not be very astonishing. What should concern us more is the ugly culture of silence and shame that confronts us.

Women are assaulted in the name of ‘honour’, often paying the prize for disgrace brought about by male member(s) of the family; a punishment mostly inflicted by panchayats or through brutal force. Yet, our very own ministers take pride in the ‘cultural norm’ or make insensitive statements. Take for example, former President Pervez Musharraf’s statement:

“A lot of people say if you want to go abroad and get a visa for Canada or citizenship and be a millionaire, get yourself raped.”

Even more shocking are reports of recorded videos of the victims, used to blackmail the victim’s parents either in a bid to discourage the woman’s family from prosecution or to earn extra money by posting it on the internet.

And the injustice just does not end here. The future of these ill-fated women hangs in the balance. They become social outcasts by none other than their own families, judged, thrown out and most often, domestically abused, for bringing a “bad name” to the family/biradari. This patriarchal mind set, which has ruled our society since time immemorial, castigates women into further oppression, from where they never seem to return. In Sindh alone, more than 100,000 students, who make up over 70 per cent of the total number of female students, have stopped attending schools, colleges and coaching centres across five districts this year, following a shocking gang-rape incident in Khipro town, in which a student of class XI was allegedly drugged, criminally assaulted and filmed, whose video was shared online.

Where does the solution lie? Does it come with speedy justice or the quick implementation of law? If yes, who decides which law is correct? Unfortunately, the issue of women rights in Pakistan has often been underestimated and not given its due importance. Ours is a nation where the concept and understanding of sexuality is highly distorted, which combined with weaker status of woman strengthens false beliefs and claims.

This situation worsened thanks to Zia’s Hudood Ordinance, which required a woman alleging rape to provide four adult male witnesses of good standing to prove that she has been a victim. In case she failed, she was liable to be prosecuted for adultery, for which the maximum punishment is stoning to death. However, contrary to the morals of Islam, the Hudood Ordinance further deteriorated the status of women in society, where most of the victims were routinely jailed for adultery on flimsy evidence. It led to thousands of women being imprisoned without being proven guilty. According to a report by the Pakistan National Commission on the Status of Women (NCSW) “an estimated 80 per cent of women” in jail in 2003 were there because “they had failed to prove rape charges and were consequently convicted of adultery.”

Though the Hudood Ordinance was revised with the Women’s Protection Bill in 2006, the fate of the implementation of the law loiters in the cobwebs of our deeply divided society. It has become a source of contention between politicians, human rights activists and Islamic scholars. Each has their own version, which fails to go beyond a single point of view. Deeply entrenched in the Shariah law vs. civil law debate, the status of the reforms is not very encouraging.

While the developed world today is engaged in a highly controversial debate about legalising prostitution to ensure the well-being of sex workers, the eradication of STDs, controlling human trafficking and bringing brothels under the umbrella of taxation, we are still faced with a dilemma based on our distorted beliefs and ugly prejudice. We need to come to terms with the concept of basic human rights and the protection of our women in our society.

And while we continue chanting slogans against Dr Aafia’s sentence, ashamed for not being able to protect our ‘Muslim sister’ from the clutches of the ‘evil west’, the humiliation that our women have to face at the hands of our own people is nothing short of barbaric. While I cannot comprehend the pain that assaulted women have to live with, I wonder why dignity in Pakistan is confined to one gender only. I am reminded more of it every evening as I return from work, where on the bus stop I pray for every wish to be a horse to keep me away from preening vultures.

The sentence beginning with “Yet, our very own ministers take pride in the cultural norm” was re-written due to a typo. The tenth paragraph now also correctly notes that the maximum punishment for adultery is stoning. The last sentence in the article was also changed to reflect the author’s original text.