Will Nabeel Gabol’s twist to the NA-246 by-elections help PTI? 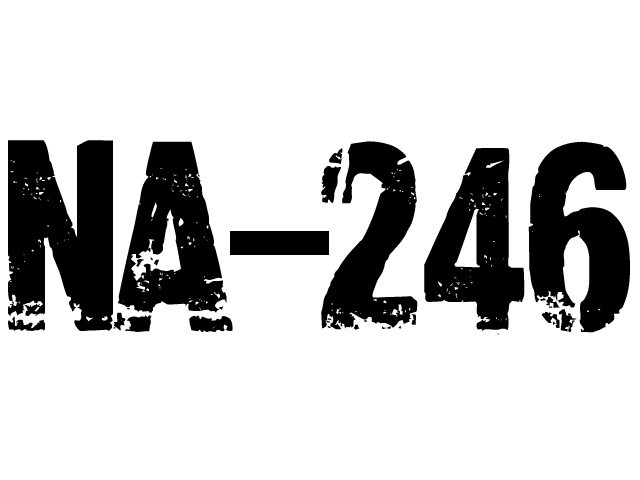 NA-246 was left vacant when Nabeel Gabol, under mysterious circumstances, stepped down and separated his ways from MQM.

NA-246 was left vacant when Nabeel Gabol, under mysterious circumstances, stepped down and separated his ways from the Muttahida Qaumi Movement (MQM).

The move, back then, was dubbed as a strategic one by the once blue-eyed boy of Pakistan Peoples Party, in order to escape the much-predicted military crackdown on MQM. And while the MQM Rabita Committee kept convincing the media about their close ties with Mr Gabol, he issued statements otherwise.

The NA-246 constituency comprises of areas in Karachi that have been the epicentre of political power for more than two decades now. This constituency has a number of heavily populated concentrations of Mohajirs (Urdu-speakers) who, from 1953 onwards, started converging to these neighbourhoods. Most of the population within this constituency belongs to the middle and lower-middle income groups who also boast of the highest literacy rate in Karachi, besides being politically aware and active contributors to the electoral process.

Ever since 1988, right after its inception, MQM conveniently won each and every election held in this constituency and this trend actually began during the 1987 local-bodies election in Karachi. Even though the Urdu-speaking community heavily dominates NA-246, there are some Pukhtun and Sindhi pockets as well.

Kanwar Naveed Jameel (MQM): During his tenure as the mayor of Hyderabad, he performed exceptionally well. He has also served as a legislator both in the provincial and national assemblies.

Imran Ismail (PTI): He is not very well known to the residents of Karachi. He originally belongs to the business community and his claim to fame is his loyalty towards Imran Khan and the fact that he is amongst the founding members of Pakistan Tehreek-e-Insaf.

Rashid Naseem (JI): He is a non-controversial figure who is more famous for his lectures on the Holy Quran and Sunnah than for his politics. He was also one of the candidates in the general elections of May 11, 2013 from the same constituency and has been serving the people in different capacities.

Jamaat-e-Islami has served the people of Karachi with dedication and commitment during the mayor-ship of Naimatullah Khan, therefore JI is kept in high regards in some of Karachi’s circles.

After the raid on 90, the arrests of party workers and the chain of events that followed, MQM went on the back foot and took a plethora of media vitriol head-on. During these testing times, the Rabita Committee tried to keep things in order despite revelations and confessions by some former and current party workers that opened up a new Pandora box altogether for them.

PTI was fast to respond by announcing its candidate, Ismail, as a contestant in the by-elections, hoping that this vacuum will be filled with the help of their ever growing popularity in the metropolis. To me, this seemed more like a calculated move with the help of the “establishment” in order to dent the popularity of the MQM in its own stronghold. PTI’s plan seems more like giving a tough competition – just to prove a point – rather than a clean sweeping the elections.

Where did PTI go wrong?

Ismail committed the biggest blunder of his political career when he started roaming around in a luxury vehicle as part of his election campaign, in an area where a majority of the voters use public transport or two wheelers to commute to work and back home. That move ended up in bad taste and all the rage and fury was unleashed on Ismail’s land cruiser followed by an early departure by the candidate.

PTI should have done its homework before sending in its candidate for public support. The residents of the NA-246 constituency have, habitually, campaigned only for someone they are familiar with and their vote has always gone to a political party that keeps its doors open to its voters. PTI has brought forward a candidate who belongs to the upper crust of society for a constituency that consists of middle and lower-middle class voters.

This will create a great deal of disparity which may not go in favour of the party. With no connection with the general public of NA-246 and a negligible street campaigning up till now, PTI still claims to create an upset on election day. That is yet to be witnessed.

The reason behind MQM’s popularity

In its majority areas, MQM has been serving the people of the constituency since the last two decades. Their popularity graph sky-rocketed during the time of their mayor-ship and Mustafa Kamal’s hard work gave a new dimension to public service. The MPAs and MNAs of the MQM are readily available to listen to the complaints of their voters at the party headquarters almost on daily basis, which actually creates that required bond between the public and its representative. MQM is therefore more comfortable and confident about winning on this seat with a wide margin.

PTI has been successfully turning the tide in its favour since day one. Imran Khan’s charisma and the element of “change” have given PTI a competitive edge. The last elections gave MQM a reality-check, as they had not anticipated such massive voters’ turnout in favour of PTI and were caught off-guard on many fronts.

The recent revelations by Gabol have given another twist to the entire polls-rigging story – that made rounds during the PTI dharna in Islamabad – and his statements have not only given some strength to PTI’s electoral campaign but paved way for the veteran Baloch politician to grab a position in the PTI hierarchy, which seems highly possible.

Another possibility is a last minute alliance with JI (which enjoys a considerable following in NA-246); this can give an instant boost to PTI’s election campaign.

NA-246 comprises of educated and politically aware voters who can’t be lured into voting for a specific group just on the basis of general perception or popularity. The people of this constituency demand performance on ground.

With such a deep-rooted connection between the voters of NA-246 and MQM, it won’t be easy for PTI to change minds and make a clean sweep. They will have to put forward an agenda that can click with the general masses. Their claim to cleanse Karachi of terror and fear won’t necessarily earn them any sizable votes but some out-of-the-box thinking and creation of a strong bond with the residents might tilt the result in their favour.