Game of Thrones – What to expect from season 5 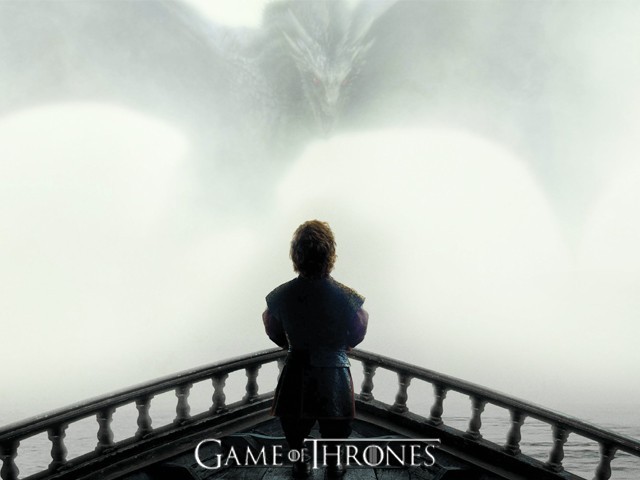 Game of Thrones is one of the most widely watched shows of this decade and is increasingly becoming part of the urban culture due to its surging popularity.

For most of the world, spring is just around the corner – but for HBO’s Game of Thrones fans “winter is coming”, as the new season kicks off on April 12, 2015. Game of Thrones is one of the most widely watched shows of this decade and is increasingly becoming part of the urban culture due to its surging popularity.

However, for me, the charm of the show started to fade sometime last season. Yes, I am one of those I-have-read-the-books people and as the show drifted further away from the books, it left me exceedingly frustrated as significant subplots and characters were needlessly omitted.

Games of Thrones has never been as good as George RR Martin’s books and have repeatedly failed to portray the past legacy of various characters and regions introduced in the show. The books are rife with shivery old chronicles, recalled histories, long buried secrets and because of this the series have always been less engrossing or reminiscent than it could have been.

One such example is of the city of Bravos, which was abruptly brought into last season. This left me incensed as most of the show watchers did not know about the significance this place holds in the books. For a recap, it is the same city where Stannis Baratheon accompanied with Ser Davos went to procure a loan from the Iron Bank and where Arya Stark was seen heading at the end of the fourth season (Valar Moghulis anyone?). Most of the show watchers do not know that Bravos is not in Westeros and is a part of another continent called Essos, which is separated by the narrow sea and is the financial hub of the medieval world.

Anyhow, like Bravos, there would be several unfamiliar territories and characters introduced this season out of which the most important inclusion would be of the Kingdom of Dorne. It has riveting history and a unique culture than the rest of the kingdoms. Also, important characters in Dorne would be playing some momentous roles in the upcoming season

The southernmost of the seven kingdoms is also the most inhospitable and strangest to the eyes of any man raised in The Reach or King’s Landing – for Dorne is different, in more ways than can be told. Dorne’s topography is a combination of vast deserts of red and white sand, forbidden mountains with treacherous passes and humid coastal cities at extreme south.

If I was in Westeros, Dorne is the place I would chose to live. It is the hottest region in all of the seven kingdoms and winter never really comes here. Dornish men differ both culturally and physically due to their historical resemblance of the Rhoynish people. Dornish people are known for their hot-bloodedness and sexual licentiousness. They commonly have olive skins, dark black hair, big eyes and they savour in eating spicy food. The bastards in Dorne are given the surname of ‘Sand’ unlike ‘Snow’ in the North.

The Kingdom of Dorne is most distinct in terms of their inheritance and legal rights. Unlike the other Kingdoms of Westeros, the women of Dorne enjoy considerable power and ruling rights, so much so that they are legitimate to rule as Princess of Dorne.

Yes, the royal heirs in Dorne are known as prince or princess unlike lords and ladies elsewhere. This practice can be traced back when Aegon Targaryen first came to Westeros with his two sister-wives and three dragons; he was able to conquer all the other kingdoms except Dorne. This was because the red mountains and the vast deserts made Dorne impregnable. As most of the Aegon’s army was unfamiliar with Dornish conditions, they were resisted by the local fighters lead by Princess Meria Martell – who was 80-years of age at that time. Meria Martell was blind, fat and almost bald but neither her age nor her blindness dulled her wits.

After repeated efforts to conquer Dorne, Rhaenys Targaryen (Aegon’s wife and sister) flew on her dragon all the way to Sunspear, the ancient seat of house Martell in Dorne. There took place a conversation between two of the most valiant women which would be remembered by Westerosis for centuries to come.

“I will not fight you”, Princess Meria told Rhaenys, “nor I will kneel to you. Dorne has no king. Tell your brother that.”

“I shall”, Rhaenys Targaryen replied, “but we will come back Princess, and the next time we shall come with fire and blood”.

“Your words”, said Princess Meria. “Ours are Unbowed, Unbent, Unbroken. You may burn us, my lady, but you will not bend us, break us or make us bow. This is Dorne. You are not welcome here. Return at your peril.”

Thus the queen and the princess parted and Dorne remained unconquered; after 200 years of resistance, Dorne finally submitted to the Iron Throne through a pact of marriage between the Martells and the Targaryens.

Oberyn Martell, who gave the show a fresh verve, had a pivotal role to play in the series. Most of the viewer’s became sympathetic to his cause, owing to the mutual hatred shared for the Lannisters or Cersei in particular. His brutal death left many outraged and thirsty for vengeance as he was admired by countless. His abhorrence for Lannisters was justified by the murder of his beloved sister Elia Martell, during Robert’s rebellion.

Most of the show viewers do not know the fact that Elia Martell was betrothed to Rhaegar Targaryen, the eldest brother of Daenerys Targaryen (Khaleesi). When there was a revolt against the Mad King, Aerys Targaryen (Daenerys’ father), one of the obvious victim was Elia and her two children who were killed by Ser Gregor Clegane ‘The Mountain’, on the orders of Tywin Lannister, a supporter of Robert Baratheon.

However, Oberyn’s story does not end with his death. He leaves behind three infamous bastard daughters known as the “Sand Snakes”. This season these three ferocious women will be seeking to avenge the blood of their father. Dornish men are already known to be hot-blooded and revengeful in their nature and Elia’s murder, topped up with Oberyn’s death will leave the snakes fuming for more violence. Game of Thrones is already renowned for its depiction of formidable and dauntless female characters and the insertion of the sand snakes would take that perception to another level.

Obara Sand: The eldest of the Sand sisters, born to a lowly woman in the Oldtown, is sturdy of no particular beauty, but she is known to be a warrior wielding a spear and a whip. With being imperious and brash, she is always head-on to take up a brawl and always gives her opponent a tough fight. Driven by passion, she makes most of her decision with emotions rather than wits. Obara will be played by the actress Keisha Castle-Hughes.

Nymeria Sand: Presently being 25-years of age, Nymeria or Lady Nym was born to a noble woman in Volantis, one of the free cites in Essos. Her physique is described as being slender and wispy while her facial features include high cheek bones, dark eyes and full lips. She has all the beauty that her elder sister lacks, but she is no less deadly. She is skilled with daggers and carries a bullwhip. The role of Nymeria will be played by Jessica Henwick.

Tyene Sand: The youngest of the Sand Snakes and the most childlike of all. She is sweet, pious and amiable, but is also regarded as treacherous by some. Some of her attributes could be associated to her mother as she was born to septa (priestess). Just like her father, she has a command on the use of venom and she is proficient in using her double daggers. The role of Tyene would be portrayed by the actress Rosabell Laurenti Sellers.

Prince Doran Martell is the elder brother of Oberyn and is the head of House Martell, the current Prince of Dorne and Lord of Sunspear. In the books he is described as having a heavy physique mainly due to his medical illness of gout. However, in the show this character will be played by Alexander Siddig who is lean in figure so Doran’s medical condition may be ruled out of the show.

By far, Doran is one of the inspiring personalities in the Martell family due to his thoughtful and sagacious demeanour. He is intelligent, cautious and a pensive man with abundance of patience. He grieves for the death of his siblings but never wears his emotion on his sleeve which is a rare trait to be found in the Martells.

As Doran has been deferring to raise his banners against the Iron Throne, he has been called a coward, spineless and a submissive leader by the Sand Snakes, but secretly he seems to be waiting for the right time to strike the power quarters in the King’s Landing. As optimistic as Doran can be, he knows that even if he combines all the potency of Dorne, he would not be able to defeat the supreme alliance of Lannisters, Tyrells, Boltons, Freys and other smaller houses. This season, Doran has a demanding job of handling all the infuriated daughters of Oberyn who can go to any extent to take their revenge from the Lannisters.

One character surprisingly missing on the show is Arianne Martell. A lot of book readers were astounded on the fact that the show producers left out the most important daughter in the Martell family.

She is the eldest child of Doran Martell and is heir to the seat of Sunspear, future head of House Martell. She is described as dazzlingly beautiful with more wit than all of the Sand Snakes combined. Martin has spent numerous chapters dedicated to Arianne while other Sand Snakes are mentioned in bits and pieces which reveal the prominence she has in the books. Instead, the show runners have included Trystane Martell, the younger brother of Arianne, who may be given Arianne’s plot. Trystane has been engaged to Myrcella Lannister, Cersei’s second born, who was shipped off to Dorne in season two by Tyrion Lannister as Hand of the King.

Martells are generally a much vivacious family in all of Westeros and their manifestation could lead the Game of Thrones to bring about a much more mesmerising season than ever before.

Here’s to hoping that this season is better than the last ones and that the show-runners would do justice to the book’s plot.

Currently enrolled in the Bachelor of Finance program at the Australian National University in Canberra. Loves to travel, write and eat. He tweets as @AurangzebAlam1