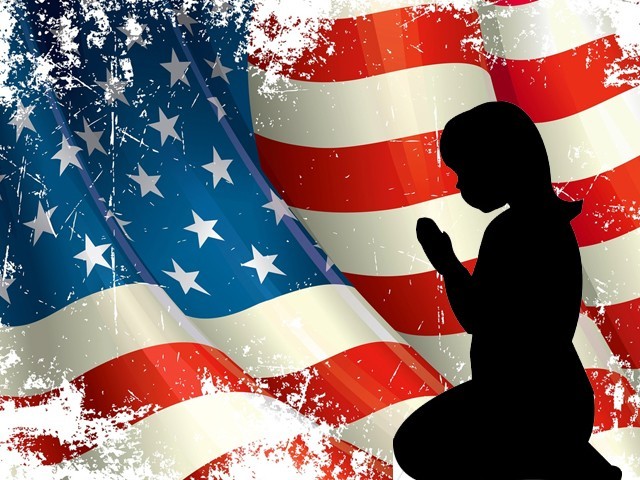 We worry and therefore want to enable and prepare our children to resist the temptations that the future will surely bring.

As a first-generation Muslim immigrant, I struggle to understand my faith. What must my vision be when imparting true Islamic values to second-generation American Muslim children? What are my values of Islam; peace-loving, tolerant, secular, truthful and community based, yes those are my values.

To seek an understanding of second-generation Muslims and their immigrant parents, both struggling to draw a balance between faith and society, I sat down with Muslim American children, scholars and parents, and tried to get a sense of what Islam means to them.

Here is what I understood.

A professor of Comparative Religions at an East Coast University, Farahnaz Lodhi, has noted in her research that most second-generation American Muslims have developed personal practices when following Islam, while still balancing their American lifestyles. She says that most are able to manage a so-called smooth American and Muslim lifestyle very well. It may imply selective group and peer shifting, but unlike their immigrant parents, this second-generation can create their Muslim identity because of where they are growing up.

“You may find them drinking at a bar, a strictly prohibited practice in Islam, and fasting and participating in the local mosque activities,” she said.

Ms Lodhi’s observation is on the money, and since I grapple with the reality of raising three Muslim children myself, I understand and agree with this truth. I have observed that most immigrant Muslim children interpret Islam for its true value rather than merely for its rituals.

It is heartening to see the American Muslim children embrace the true meaning of Islam (peace). They believe in telling the truth, they believe in equal gender rights, they have great regard for humanity, they are patriotic and loyal to their country of birth, and most importantly, they have great secular tolerance and sense of community living. Their struggles to fit in are real, but so is their intellectual understanding of Islam, they question what they do not understand and seek answers. They understand Islam intellectually rather than just ritually.

“Belief matters more but one must perform certain rituals to stay disciplined about their faith,” philosophised 12-year-old Ayla.

Sofia Khan is in her mid-30s and was born and raised in Baltimore, Maryland. She walks toward the gates of the local Islamic school where her seven-year-old son is enrolled in second grade, though she herself went to a local public school.

“We wanted to give our son an early foundation of Islam. Our plan is to keep him enrolled in an Islamic school through his early years. I believe being around other Muslim children helps him gain a strong Muslim identity that will remain with him in his wonder years as he grows up and faces the challenges of being a Muslim in a non-Muslim environment.”

Sofia, like many second-generation Muslims, is well aware of the challenges that are bound to come her son’s way. She feels she has a better grip on the reality and practicality of being raised here in comparison to her first generation immigrant parents.

“My husband was also born and raised in the US and therefore, as parents, we are not as naive as our parents were. We have the experience, knowledge and the understanding of the challenges and pressures that our children will face in school, and as they get older, I think it will be more difficult for them than it was for us.

The school environment is worse now; the kids are doing everything at a younger age, dating, drinking, drugs and the list goes on. We worry and therefore want to enable and prepare our children to resist the temptations that the future will surely bring. We hope and pray that they, through this early Islamic education, develop a strong sense of faith which may arm them get through tomorrow’s inevitable challenges.”

Sofia, like most second-generation American Muslims, understands the struggle of trying to fit in.

“It was sometimes embarrassing and humiliating to try to explain to classmates why I didn’t wear shorts in PE, why I was fasting, why I did not drink or eat pork. These questions forced me to gain some insight into Islam and armed me to defend my practices. I was the only Muslim in my class and I wanted to fit in, but what kept me grounded was a greater desire to do what was right for me. In college, it became easier to practice Islam. My friends knew my preferences so I became the designated driver. I got teased but I felt a strong desire to stand my ground.”

Rayaan, a 21-year-old college student at University of Nevada, Las Vegas (UNLV) considers namaz (prayers) a decisive fact that is dissimilar between Muslim immigrant parents and their children.

“For a Muslim youth growing up in the US, prayer could mean anything. Some may refer to prayer as going to the mosque or home and prostrating five times in front of Allah, while others could simply call prayer a will to remember Allah in their hearts and minds.”

The likes of Rayaan seem to be torn between two worlds, but the unequivocal fact is that the American world has shaped their religious practices profoundly. Muslims who have migrated to the West have done so at a time when American media and social setup is openly talking about Islamic radicalism and the Muslim stereotype. To counter that propaganda, many Muslim immigrants and their children are trying to get back to the root of their religion. The stereotype labelled upon Islam is that it is an inflexible religion with many restrictions. To combat that mind-set, the Muslim youth is focusing on the spirituality of Islam, calling it the ‘Islamic Revival’.

Shireen Anwar, a lawyer by profession and the director and trustee of an Islamic Academy, a Sunday school in an American city, talks about her faith and her reasons for establishing a Sunday school for the Muslim youth.

“For me, religion is not about cultural rites and rituals but about the deeper goals of being a good human. We are more focused on how a Muslim should appear and when and how they should perform their daily five prayers, rather than the good deeds they are asked to do for their neighbours, community and humanity at large.”

Giving back to the neighbours and the community is the practical way Shireen chooses to live her religion; she is committed to the belief that this constructive and positive role is what should distinguish us as Muslims and as contributing members of the American Muslim society.

“My goal through the Sunday school is to help children understand the basic principles of the religion, rather than be bogged by rituals and unnecessary self-created principles that hinder them from reaching their potential.

I want to help our children understand that they are similar to the other American children of different faiths, regardless of their ethnic background. I want them to be proud of being American Muslims and do all they can for this country which has given them so many opportunities, especially religious freedom.”

Like many forward thinking American Muslims parents, Shireen believes that,

“In today’s climate, Islam is looked at very negatively, and Muslims are perceived to be violent and dangerous people. As a parent, I found it most important to give my children the basic religious knowledge as to what the message of our religion is and how it contradicts the Muslim stereotype.

Children learn best by example, therefore practicing the religion in the light of my beliefs has been my goal, and I continue to pursue a better understanding of Islam.

We live in a country where many religions are practiced, therefore it is easy to lose focus of our religion and faith. My fear is that because of the negativism associated with Islam, my children may drift away and dissociate from their religion. Things are very different for our children today. Not only do they have to identify themselves with their religion, they also have to defend it.”

The fears of American Muslim parents today echo the struggles of the immigrants that came to the US in the 60s and 70s. One such mother is Rehana Hashmi, a 60-year-old immigrant Muslim,

“In those days, San Antonio had a handful of Muslim families, especially from Pakistan. It was a struggle to stay in touch with other Muslim families in our city, and on some occasions, we drove to Houston to communicate with the larger Muslim population there.”

Rehana is of the opinion that communicating with families in Pakistan and visiting with them helped her pursuit of keeping her now adult children in touch with Islam. Locally, they visited other families on Eid and during Ramazan. Rehana recalls that some four decades ago, there were no Sunday schools in San Antonio and the local Muslim friends taught reading of the Quran and namaz inside homes and not mosques.

“The children, for the most part, learnt Islamic practices at home through our way of life. In those days, Islam was not considered a threat by the Western media and our non-Muslim friends were very respectful of our value systems. This atmosphere of mutual respect and understanding was most helpful. As the number of the Pakistani Muslim families increased in San Antonio, there was a collective effort by the local Muslim community to come together and the local mosque was built.”

As the numbers of Muslim immigrants go up every year in the US, so do the differences between immigrant parents and their children, creating a wave of the ‘Islamic revival’ or ‘Muslim progression’. This wave of the neo understanding of Islam is a natural progression in religious beliefs when two different cultures coexist in one generation.

The impressive truth remains that second-generation American Muslims are doing something that their parents were not necessarily able to do when growing up in their Muslim homeland; define and exemplify the kind of Muslims they want to be – honest, progressive and morally bound.