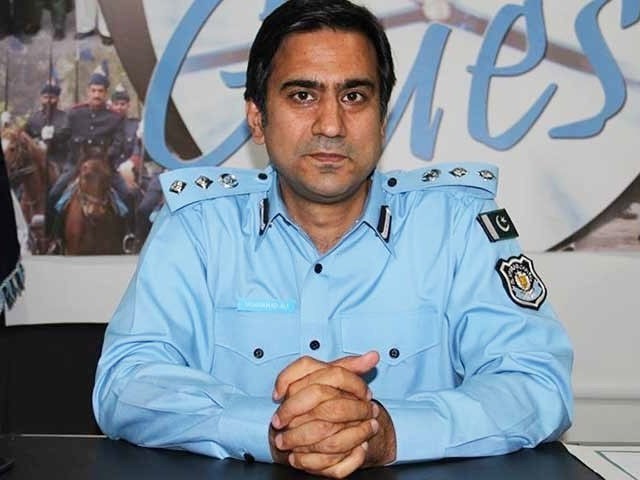 The ground realities in Nekokara’s case were that the situation did have the potential to violently escalate, keeping in mind the Model Town incident. SSP Mohammad Ali Nekokara - PHOTO: GOOGLE PLUS

SSP Muhammad Ali Nekokara is a professional officer, a handful in an array of incompetent officers. Nekokara is not only an officer with impeccable professional credentials, but is academically very well qualified too. A graduate of public administration from Harvard University’s Kennedy’s School of Government, Pakistan’s civil service needs more officers of his calibre.

It is highly likely that Nekokara preferred association with the civil services in Pakistan, rather than following up further opportunities in the proverbial greener pastures – which is only obvious given his alma mater. This officer need not be made an example of, and any attempts by the government to control the services must be thwarted by the democratic forces.

Nekokara has been penalised under the Efficiency and Discipline rules (1973) applicable to government servants. He has been found guilty of misconduct and inefficiency and dismissed from service according to a notification by the Establishment Division dated March 31st, 2015.

The charges against the terminated officer have been made public by the media. Therefore, this blog post will talk more about the implications of this decision and how it would be detrimental to democracy.

There are various questions which remain unanswered. Foremost is the message sent out by the unfair dismissal. The fact that this can happen in a democratic regime speaks tremendously of the farcical society that we have been witnessing since 2008. What is more striking is the reluctance of the Supreme Court of Pakistan to take a firm stand in this matter. I believe that it is the Supreme Court’s responsibility to ensure that justice is served and nullify this dismissal.

Officers all over the world are allowed to use discretion when issues pertaining to the public spring up. Good and fair judgment which reflect the ground realities are a vital factor in the process of decision making. Is the government instructing all the future cadres of officers to refrain from independent thought and comply with orders without any questions?

It certainly seems so.

The government must remember that an official in the service of the state is not a solider; hence, he or she must exhibit cognitive aptitude to improvise decisions based on ground realities. The ground realities in Nekokara’s case were that the situation did have the potential to violently escalate, keeping in mind the Model Town incident.

Any high profile manager would tell you that gauging the situation prior to taking a decision is fundamental to good decision making. How, then, was Nekokara’s approach unprofessional and warranted a dismissal?

The civil services would be rendered incompetent in the light of Nekokara’s unjust dismissal. When the prime mandate switches over from serving the public to serving the government, and it is then officially endorsed, as was evident in Nekokara’s case, the ultimate loser is democracy.

When democracy loses, we all lose.

The rhetorical question is whether these officers are subservient to the sitting executive, or are they a pillar of the state? Obviously, they are the pillars of the state to enforce the law without any prejudice. Nekokara analysed the situation in the context of political realities and decided that the use of force was not only unjustified, but also had the potential to adversely affect the situation.

In broader context, the country has retrograded back in time and has not exactly progressed since former President Pervez Musharraf left the office. Musharraf had introduced important police reforms in 2002 which were repealed by the following government.

The ordinance introduced functionary changes and had established measures to make the police more accountable to the public. Had the police reforms been studied by the Parliament in 2008 to correct any flaws, we might have witnessed major positive changes in how the police functions. Unfortunately, the old system was reinstated, and if we are to take this together with the Nekokara incident, the change certainly ensures that the police remain subservient to the government.

The bottom line is that the educated Pakistanis are often reluctant to join civil services. Given that the government can blatantly dismiss an officer, without any accountability, will only discourage future generations.

At this point in time, when the whole country is in the stranglehold of terrorism, would demoralising the police force be of any help? What message is the government sending across the police hierarchy, from constable to the top brass?

One must also consider that the officers are in the service of Pakistan; they are not in the service of the executive. What type of democracy is this when an officer can be dismissed from service for refusing to comply with an order which was nothing short of illegal? Isn’t opening fire on an unarmed crowd a feature of fascist and dictatorial regimes?

A democratic government’s prime responsibility, right after maintaining law and order, is to ensure that the institutions of democracy are protected and promoted. This federal government has failed on both ends.

To conclude, Nekokara should be immediately reinstated if the public’s faith in the crumbling system is to be restored. Compensation for undue duress is also necessary. When, as a common man, I accuse the police officers of how most are incompetent, and given the fact that the public is fearful of reporting crimes, Nekokara’s termination is a breach of privilege and faith, and unfavourable to the cause of institutional progress.