Pakistan must not pay the price for PM Nawaz’s honour 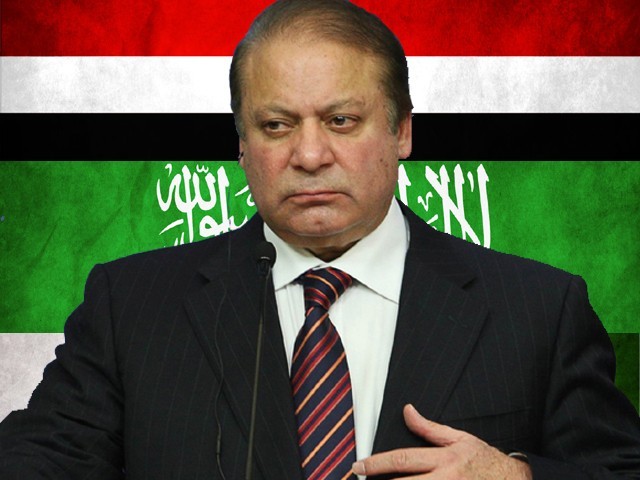 Between the ongoing fight with the Taliban in the north, and the resurgent tensions with India to the south, Pakistan’s army has more than enough on its plate.

The government of Saudi Arabia has formally asked Pakistan to help militarily in the on-going crisis in Yemen. And Pakistan has been quick to offer its aid to the Saudis. Now this is not based on strategic necessity for Pakistan, even though there is an argument that the Saudis could do with the extra help on ground.

The reasons why Pakistan has been so keen to get involved are rather more prosaic. Also, much more misguided. They are largely grounded in the personal relationship that Prime Minister Nawaz Sharif has with the Saudis from the time they persuaded the then president, Pervez Musharraf not to put Nawaz on trial after the coup, in which the general took power. The Saudis also gave Nawaz sanctuary in Saudi Arabia.

These may all be very good personal reasons for Nawaz to get involved in the Yemen situation, and one could say that for him it is a matter of personal honour. But herein lies the problem. Personal debts should not, in any circumstances, dictate foreign policy. Especially when honouring those personal debts demands a course of action which is truly counter-productive to Pakistan’s internal and international position.

For one, Pakistan has more than enough security problems of its own without getting involved in this conflict. Between the on-going fight with the Taliban in the north, and the resurgent tensions with India to the south, Pakistan’s army has more than enough on its plate. And if it were doing such a sterling job at its current commitments, perhaps there might be a case that it had the capacity to spare to help friends/allies. But that is hardly the case.

Then there is the very serious issue of the sectarian ramifications of this move. The Shia minority in Pakistan is already under constant attack by extremist Sunni groups, and members of this community are killed on a regular basis without any concern from the state. Sending Pakistani troops abroad to kill even more Shias on behalf of the state will only make inter-sectarian relations worse – if that is even possible.

Many Shias in Pakistan already believe that extremist groups, sponsored by their own government, are looking to exterminate them, and this would only serve to confirm that belief. Could you blame these people then, if they look to Iran for support – with all the security implications that they have?

Nor is there any reason to believe that the Pakistani intervention in Yemen would actually have any kind of positive outcome. If history is anything to go by, they will probably make the situation much worse. Last time the Pakistani military intervened directly in Arab affairs was in September 1970, when King Hussain of Jordan declared martial law to neutralise all Palestinian movements in his country and called upon the Pakistani military to assist.

The soldier who was tasked for this operation and took command of Jordan’s second division was none other than Brigadier Ziaul Haq (the later President of Pakistan). In a matter of days, the Pakistani-led forces had killed tens of thousands of Palestinians – some estimates point as high as 25,000. Arafat described the episode as ‘genocide’ and it became known as Black September.

When Israeli general, Moshe Dayan, noted that the Pakistan military had “killed more Palestinians in 11 days than Israel could kill in 20 years”, he was sadly not exaggerating. Now this may all have been some time ago, but I can’t imagine the Arabs in the region have forgotten this. And I can’t imagine that any of them, with the exception of the Saudi government, are in any way looking forward to see the Pakistani army trampling around the place.

They will be targeted and undermined every step of the way by all locals they meet. And under such provocation, the likelihood that they will repeat the acts of brutality from the last misadventure only increases.

And at the end of the day, this is simply a very, very unwelcome distraction. While Pakistan’s southern neighbour and arch rival, India, is tackling corruption and making serious economic progress, Pakistan is allowing itself to be dragged backwards. It’s hardly dealing with its internal security crisis, and now it is rushing headlong into an even bigger mess, the ramifications of which it does not even understand.

I put it to you that Pakistan should not be paying the price for Nawaz’s honour.