As a constitutional kafir I ask, does my religious freedom hurt you this much? 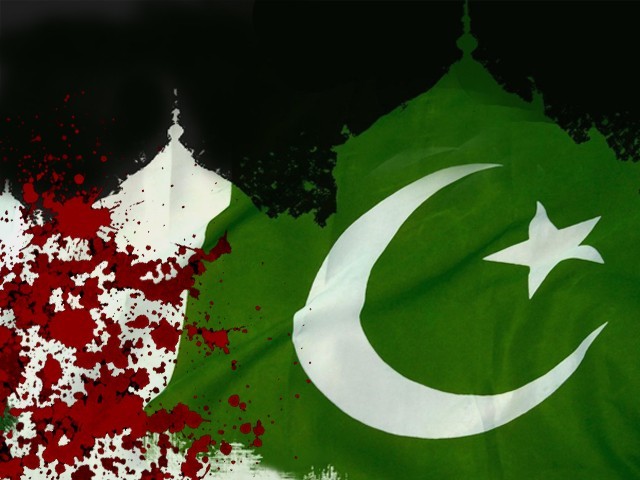 If you are truly hurt by the exercise of my basic religious freedom, let me know how I can help you get over your troubled sensibilities.

Yesterday, a very close family friend – someone I have always considered an uncle – was arrested in Pakistan. His crime: he had printed verses from the Holy Quran in an Urdu publication.

My uncle is an Ahmadi, and under Pakistan’s notorious anti-Ahmadi laws, he committed a ‘crime’ punishable by at least three years imprisonment and a fine. The law states that an Ahmadi who “poses as a Muslim hurts the religious feelings of Muslims”.

In the late 80s, three of my maternal uncles spent time behind bars under these same anti-Ahmadi laws for the crime of saying the Kalimah. Thousands of Ahmadis – and every Ahmadi family have their own story to tell – have been imprisoned for their basic religious profession since the promulgation of these laws in 1984. Tired of my friends and family being jailed for their religious freedoms, I am writing this to seek answers. I am addressing you, the constitutionally accepted Muslims of Pakistan.

But first some lessons from history.

With the advent of Islam in seventh century Arabia, the early Muslims faced brutal persecution at the hands of the Meccan Mullahs. Offended by Prophet Muhammad’s (pbuh) faith and teachings, they curtailed the freedoms and rights of the early converts.

The feelings of the Meccans were hurt by the religious freedom of the early Muslims, who were considered heretics in their own city.

Fast forward to the current age – this tragic story is repeating itself in the same detail in Pakistan today. The Pakistani state claims that you, the constitutionally recognised Pakistani Muslims, are hurt by my religious freedom.

As an Ahmadi, I am not permitted to refer to myself as a Muslim in Pakistan, not even in many otherwise liberal publications. The state tells me that this “hurts your religious feelings”.

I am not permitted to refer to my place of worship as a mosque because the state tells me that this also “hurts your religious feelings”. I cannot risk being caught reading the Holy Quran or saying my prayer because I am told this offends you too.

I cannot say the Islamic creed or Kalimah openly. Apparently, such profession of the oneness of God and the truth of Prophet Muhammad’s (pbuh) message also “hurts your religious feelings”.

I cannot use Islamic epithets. I cannot risk saying the Salam openly. I have to make sure I only say it in the presence of people I trust. I cannot risk printing words like Insha Allah and Masha Allah on wedding cards. The state tells me you find this equally distressing. It tells me that you have the sole copyright to these epithets. As a constitutional kafir, I have no right to use such sacred terms.

In fact, any statement or act of mine that can remotely be interpreted as “posing as Muslim” hurts you in one way or another. And for hurting your feelings, the state believes I must be punished with at least three years in jail on top of a hefty fine.

Given the number of things that offend you, ladies and gentlemen, I suppose I need to be grateful for many things. I must be grateful I was allowed to keep a ‘Muslim name’ while in Pakistan. I suppose I must be thankful for wearing a prayer cap on occasion which did not provoke your anger. I should be thankful that my family aqiqas (birth celebrations), nikkahs and janazas (funerals) did not offend you as much as my Eids did. Or maybe they offended you but you were kind enough to let me get away with them.

Thank you very much.

Now that another of my uncles is in jail for hurting you, I am writing to ask you this – why the hell are your feelings so fragile and insecure? What is wrong with you folks?

The state has jailed another Ahmadi in your name. So if you are truly hurt by the exercise of my basic religious freedom, let me know how I can help you get over your troubled sensibilities. One thing you should know for sure is that it will not stop me from reading the Holy Quran or saying my prayer or believing in Islam.

If my freedoms do not hurt you and the state is lying in your name, then you must protest these crimes. It is your moral responsibility to do so because it is you the state is punishing me for. Let the state know you do not endorse this injustice. Let it know that your faith is not so insecure and your feelings not so fragile that my basic freedoms would shatter them to pieces.

Your voice can help put an end to the senseless state-backed persecution of Ahmadis in Pakistan. Your voice can prevent another of my friends from going behind bars.