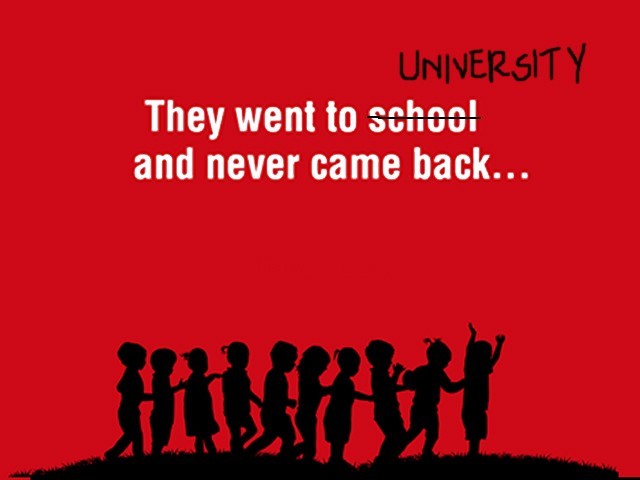 Following in the footsteps of the Tehreek-e-Taliban Pakistan and Boko Haram, al Shabab, an Islamic extremist organisation, has conveyed its message of the ‘religion of peace’ through the massacre of 147 innocent, Christian students at a university in Garissa, Kenya.

Kenya is not a predominantly Muslim country; its population holds 83% Christians and only 11% Muslims. So this attack needs to be seen in context of Kenya’s population dynamic. And this isn’t the first attack of its kind. In 2013, al Shabab attacked the Nairobi Mall and claimed responsibility of the 70 deaths that took place as a result.

According to news channels, on April 2nd, masked men marched into the campus, slaughtering students who were praying in the hall and were in their dormitories. Survivors have reported that the men of al Shabab yelled “God is great” while they fired bullets at students. Most of the injured victims were taken to the capital city, Nairobi, for better treatment because the hospital of Garissa was not well equipped.

This shameless brutality is appalling and these terrorists do not seem to be getting tired of it. The 11% Muslims of Kenya will perhaps never be entitled to a calm night’s sleep again because of the horrible bloodshed that their brothers have displayed.

And we are anything but alien to the idea of students and children dying in scores by the so-called ‘protectors of Islam’. This event is not very different from the Army Public School (APS) Peshawar attack of December 16, 2014. The only difference is that the students in the Garissa university campus were perhaps a few years older than the students at the Peshawar school. But the brutality is still the same. Yet we saw little reaction from Pakistan about this attack.

This issue poses some essential questions for all of us.

While the rest of the world is progressing, are Muslims stuck in the age of the crusades?

Boko Haram, TTP, ISIS, al Shabab and all other terrorist organisations around the world – and they are too many to ignore – have changed the meaning of Islam. So who funds these organisations?

And while this question is important, perhaps a more pressing question is of an individual level; why should one take arms against another human being?

The fundamental purpose of a religion is the protection of humanity and the propagation of peace and harmony. And if religion is too confusing a subject, we should put the basic principles of humanity before any religion. As children, we are taught that no religion approves of violence. How then are Islamic texts and teachings manipulated by these extremists to brainwash masses, converting them into murderers of humanity?

Are they not going to stop unless all Christians have converted to Islam? Are Muslims going to sit and watch these few groups make a mockery of their religion? Islam is soon going to become synonymous to violence. And here we are, too busy lending our soldiers to fight wars that have nothing to do with us, getting into fights that are not about us and the snakes in our country are wrapping themselves around our roots and strangling us from our base.

The hostility that many Muslims hold against people of other religions is abominable. For far too long we have let this hatred grow amongst us. We need to treat these incidents as eye-openers. There is a need to put this aggression to rest, once and for all.