The end of Jeremy Clarkson marks the end of Top Gear 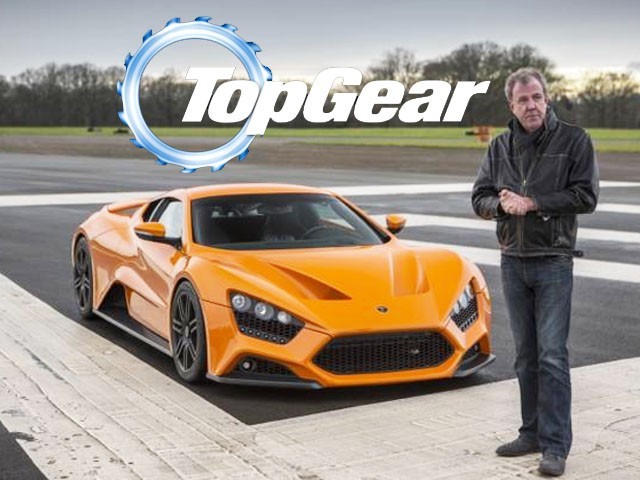 Truth be told, Clarkson was far from being a polite host and he was adored for his witty and blunt anchoring. PHOTO: AFP

Top Gear and Jeremy Clarkson combined together had become a force of nature to reckon with. Viewed by 350 million people all over the world, Top Gear fanatics swear by the critique given out by Clarkson in every episode.

I have been watching the show with my brothers and father for as long as I can remember, discussing the contents afterwards over a cup of tea.  Being a diehard Michael Schumacher fan and a motor racing fanatic, I have enjoyed every bit of the show much like millions of viewers around the globe. My young nephews truly love the show and when I asked the elder one as to what he liked best about the show; his response was the sheer exuberance and eccentric approach of Clarkson.

Truth be told, Clarkson was far from being a polite host and he was adored for his witty and blunt anchoring.  But it was his Midas touch that took the show to absolutely unprecedented heights since its debut in 1978. The show has won countless awards including an Emmy and a lifetime achievement award.  It generated close to 42.5 million pounds worth of international sales and merchandise from all over the world in 2012.

The recent events involving unprovoked violence against a producer at BBC by Clarkson led to his exclusion from the program and the corporation on March 10, 2015. Oisin Tymon, the victim in question, was admitted into hospital after having sustained injuries from the attack.

During the onslaught, Clarkson also threatened Tymon that he would lose his job over this. After BBC refused to renew Clarkson’s contract, his fans worldwide lashed out and defended his stance and a petition with over a million signatories demanding that he be reinstated.

@JeremyClarkson As the Dowager Countess I demand that they swallow their pride and reinstate you. the show will fail without you 3 together

Clarkson has been reprimanded in the past for his racial slurs and drinking behind the wheel. He also used the dreaded ‘N-word’ during the filming of his show and ultimately had to apologise for his antics after being put under pressure by the BBC.

He is surely enormously talented and gifted, but now I wonder if that is enough to grant him a clean chit for all his acts of indiscretion and reckless demeanour. Anyone else in his position would have been sacked long ago, but I suppose BBC was reluctant to part ways with such an iconic figure, and of course the huge commercial revenues he brought in.

Top Gear without Clarkson would not be the same and the show will lose a decent chunk of its viewership. Bidding wars have ensued amongst other networks and everyone wants to bag Clarkson and cash in on his ever soaring popularity, albeit not for all the right reasons at times. He was one of the most expensive hosts to be hired by the BBC.

The Independent Daily ran another story on the show claiming that Clarkson and his team of co-hosts were also known for their outrageous backstage demands including 20 bottles of wine, champagne and elaborate catering arrangements.

According to the Independent’s story,

“All three presenters have their eclectic tastes and they certainly know what they want.”

A Top Gear Live source said that it was ‘fair’ to say Clarkson can be ‘a little bit of a Prima Donna at times’.

The question is, will the show survive after Clarkson’s departure and would it still be able to rake in millions?

I for one will have trouble returning to the show as an audience. I certainly do not want to see Piers Morgan taking over the slot, as his name was amongst those being touted for the vacant position. Other names circulating around by the rumour mill are interesting and amongst them I would like to see Joddie Kid, presenter of The Classic Car show or comedian Steve Coogan.

They are both worthy contenders and a female host would perhaps be a nice change.  I for one support Clarkson being reprimanded for breaching the line every now and then; however, his absence will leave a definite void on the show and losing quite a bit of its charisma.

A professional banker, keen sportsman and occasional blogger. An F1 fanatic and plays all kinds of sports including Golf, Tennis, Cricket etc. He tweets: @saadbari_

Formula 1: Is Red Bull the only contender?