Mr Nawaz Sharif, the Saudi-Yemeni conflict is not our war to fight 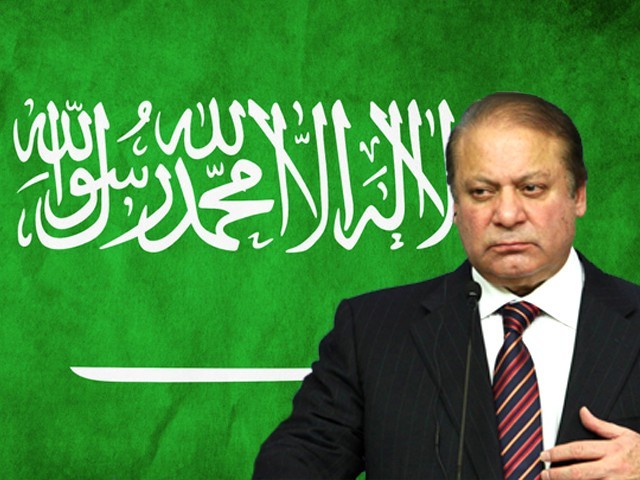 As the Houthi rebels strengthen their stranglehold over the country, amid the surreptitious flight of the Yemeni president, Abed Rabbo Mansour Hadi, the long raging civil war in Yemen has finally come into the international spotlight.

Pakistan is, once again, at crossroads with Saudi Arabia, who is attempting to suck in inter-ethnic, inter-religious, and intra-sectarian conflicts into their black hole.

The prospects of petro-dollars coupled with the longstanding romance between the Sharifs and Sauds, buoyed by a rise of the Pakistan Army as a bulwark against both domestic as well as international terrorism, in recent times, might have made the temptation of joining the Saudi alliance irresistible, but it is an alliance which must be resisted.

That Pakistan should not embroil itself in a new war seems a no-brainer. Yet decades of misplaced priorities and mercurial and xenophobic foreign policy-making decisions have clouded or perhaps, blinded us towards our ‘national’ interests and how to achieve them.

The disorder of social amnesia amongst our public may be one of the major reasons for this disastrous ideological bickering among ruling elites. Moreover, the recent statement of Prime Minister Nawaz Sharif about his stance on Saudi Arabia seems more like a ploy to support his Saudi ‘brothers’ in their imperialist adventures in the Gulf region, rather than a purely threat-based assessment.

For those of us wise or old enough to recall, the last time the Pakistan army aided a war in the Gulf from 1967-1970, under the command of the infamous General Ziaul Haq, it became known as “Black September”. Thousands of Palestinians were killed and displaced from Jordan, squandering all the goodwill that we had achieved earlier. Therefore, this time around, we must not be on the wrong side of history. But before going further, let’s stop for a bit and analyse the current situation in Yemen.

Saudi Arabia is currently busy helping the ailing Yemeni government to fight off the Houthi rebels – a Shi’ite group of the Zaidi denomination who ruled North Yemen for about a 1000 years. They are mostly concentrated in the north of the country, which used to be a separate republic before it was unified with the south to form modern day Yemen in 1990.

Since then, the Houthis – who named their movement after Hussein Badraldin al Houthi, the man who led the first uprising against the Yemeni government in 2004, and was assassinated subsequently – have steadily gained ground in the past few months, closing in on Sana’a, the capital city of Yemen.

The Saudis have long been meddling in the political upheaval in Yemen. Their current preoccupation is therefore a part of the larger desire to maintain their long established political, religious, and now more so, military hegemony in the Gulf region.

To make matters worse, its nemeses, the ultra-sectarian Islamic State of Iraq and Syria (ISIS), and the al Qaeda in Arabian Peninsula (AQAP) have also managed to consolidate their power in the chaotic country. The Islamic Republic of Iran, a long-standing Saudi contender for ideological influence in the Middle East, is also stepping up support for the Houthis, their fellow Shiites. Thus, engulfed in a bitter intra-sectarian and inter-ethnic rivalry, the Saudis are desperate for help.

This hodge-podge of sectarian strife, spiced up by the entry of ISIS and AQAP, warrants a cautions and pragmatic policy by Pakistan. In its crusade against the so-called ‘terrorists’ in the country and region, Pakistan must not get carried away and adopt a blanket policy towards all insurgencies.

The Houthis, for example, are not the Taliban or al Qaeda, contrary to what the Saudis might suggest. They do not call for the establishment of an obscurantist and puritanical form of theocracy; instead they are fighting primarily to achieve socio-economic security, and just political representation which has long been denied to them by the dictatorial central government.

We must not, therefore, in principle, be privy to such a coalition. Since principles hardly matter when it comes to Pakistan’s foreign policy, Realpolitik may help deter us from yet another military adventure for two reasons.

First, Pakistan shares a long and porous border with Iran through its troubled province of Balochistan. With a separatist insurgency brewing in its own backyard, irking the Iranians by thwarting their attempts in Yemen could only turn out to be ominous. That Iranians would not retaliate by propping up the Baloch rebels (freedom fighters) is wishful thinking at best and naivety at its worst.

Tensions have already been simmering under the surface of Pak-Iran bilateral relations over the issue of Pakistan’s alleged support for Sunni terrorist groups operating on Iranian soil, and this move will just add fuel to the fire.

Secondly, and more importantly, allying with the Saudis to take on ISIS, AQAP, and Houthis all at once, would only entangle Pakistan into a protracted and tiring war with the Middle-Eastern jihadists, leading to increased hostilities at home and abroad. If the blowback of the ‘Afghan Jihad’ in the 1980s seems lost in retrospect, the recent quagmire of the US, Saudi, Qatari, Jordanian, and Iranian forces battling both each other and the Syrian forces should refresh our memories.

After 70 years of precarious existence, far from what Jinnah envisaged as a democratic Muslim model, we are still grappling with core issues such as basic healthcare, a faltering education system, rampant corruption, and moral and cultural depravity.

Thus, it is time that we stopped meddling in others’ wars and started fighting our own.

He is a graduate student at International Christian University in Tokyo. His research interests include religion and conflict in South Asia and the Middle-East.